The Black Panther: A Discussion (or A Monologue, if no one comments)


I have now seen The Black Panther twice in the last week. There’s so much about this movie that’s ripe for discussion that it could be a college course unto itself. Cultural significance. Feminism. Colonialism, past and present.  A binary view of the world. It’s a cornucopia of ideas and provocations for introspection, so much so that it should be on the Oscars list for 2018 movies, and that doesn’t even factor that it’s so big that it’s going to be a world culture touchstone. Better still, it’s highly entertaining in its milieu.

But I want to talk about two aspects of the movie. One is the question of Wakanda’s place in its fictional world. The other is the harm that damaged little boys can do as men. 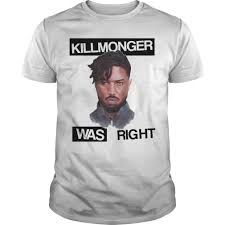 There’s been some discussion that N’Jadaka (Killmonger),and by extension W’Kabi, is correct to bring Wakanda to the world by force, overthrowing its tradition of isolation and secrecy, and installing itself as (benevolent) ruler over all. More, including director Ryan Coogler, support Nakia’s vision of Wakanda as a diplomatic, financial, and technological force for improving the lives of the downtrodden, particularly those descended from Africans taken from Africa as property.


Klaw describes Wakanda as El Dorado, hidden in Africa rather than South America, but the real world analogy to Wakanda is Switzerland. Both are small, mountainous nations formed from the joining of once warring tribes that have developed great wealth and comfort for their people by leveraging their resources and talents while maintaining neutrality and secrecy. Different sorts of secrecy, but secrecy nonetheless.

Wakanda, operating quite similarly to Switzerland, is under a different burden that reflects the African diaspora and the fact that merely being black in America and the world is a political statement. There is no European diaspora that is the result of forcible relocation to other continents. Yes, the Irish fled in great numbers to America due to English oppression and famine, but they weren’t sold to America. On the whole the spread of Europeans around the globe is voluntary, often opportunistic at best and repressive or murderous of others at worst.

For The Black Panther, both the movie and the character, the Switzerland model is simply a non-starter for Wakanda. While that’s been the way for centuries, it can’t be the way of the future. The plight of other Africans and African descendants is not the same as the status of Europeans and European descendants. Is it fair to put that on Wakanda? The movie doesn’t ask if it’s fair. It asks if the balance between Wakandan safe borders and the health of the rest of the world should be changed and in what way.

Coincidentally, a movie that started before anyone conceived of the regime now running the US is talking about the wealthiest fictional nation having an obligation to help the rest of the world without imposing its will on the world by force, while the US regime abdicates any form of help in the world that isn't granted via the recipient becoming a vassal state and exponentially expands the resources for forcing its will, albeit ineffectually implemented.  Not so coincidentally, the border force of Wakandan is as trustworthy with power as the border forces of the US.

Which brings us to damaged little boys. N’Jadaka is damaged by the loss of his father, N'Jobu, when he’s about 10 and by his subsequent childhood in Oakland. He carries that loss and the lessons of inequality that his father imparted before that loss to fixate on revenge for the slights the world has inflicted on him. But his revenge is directed to the whole world, regardless of culpability. He doesn’t seek justice for a wrong that may have been done to him or his father. He seeks revenge against everyone and cloaks it in a righteous mission to lift up the true people. He lies about Wakanda and its history.  It’s all very Trumpian. 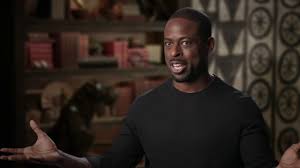 Trump is a damaged little boy, too. He wasn’t damaged in the impoverished streets of Oakland but in the wealthy skyscrapers of New York. He didn’t work and fight to achieve from little resources. He didn’t have the least intelligence. But he arrived on the stage of adulthood similarly self absorbed and willing to do anything to satisfy his desires for power, acceptance, and glory. He adopted a similar story of aggrieved righteousness for himself and the true people. He adopted the same martial mania.  He lies more prolifically than Gretzky scored goals.

The result with both men is that they become destabilizing forces in the world, seeking the oppression of others to satisfy their own inadequacies.  Large scale death is just an acceptable collateral damage.  Both are willing to turn on an ally in an instant if it serves his own moment.