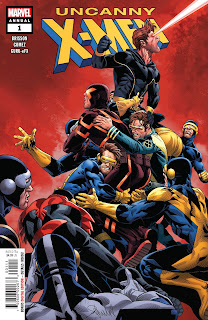 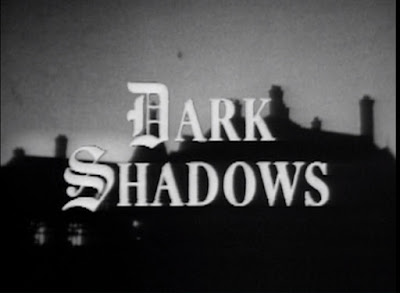 I'm way behind in my new comic reading.  And I'm making slow progress thru some of my more recent hard cover acquisitions.  The reason?  Too much TV (as always).  How can that be when all the CW comic-related shows (including the excellent Riverdale) are on winter hiatus and the Marvel Netflix shows are all but done (sob)?  Amazon Prime.  Or rather, the free streaming shows available on that service.  It all started around Halloween when looking for something spooky to watch, I viewed the Dan Curtis Production of Frankenstein (1973).  It reminded me of Dark Shadows.  I then caught the film-quality version of Dan Curtis' Bram Stoker's Dracula (also 1973) with Jack Palance, who if you believe the internet was the inspiration for Gene Colan's depiction of the character in the Marvel Comic.

After a few more Dan Curtis classics(?) such as a werewolf in LA and a zuni doll from Trilogy of Terror (filled with plenty of jump-scares), I decided to delve back into watching Dark Shadows.  I became a fan of the show over a quarter of a century ago around the time I got married.  It was on the Sci-Fi (now SyFy) Channel (back when it contained good material) where they aired at least two episodes back-to-back, I think around 10:00 am (after the Six Million Dollar Man or Incredible Hulk).  I had seen odd episodes here and there, but this was the first time I recall making a concerted effort to watch the series regularly.  I remember seeing much of the late 1860's story line, where Barnabas' consciousness enters his entombed body during that time and meets the "real" life Quentin (I think to deal with the music-appearing spook version from 1968 [then present day]).

I even got a few books on the series back then celebrating its 25th anniversary, so I read synopses of most of the episodes.  After all, how could anyone watch them all?  Back when MPI was issuing video tape versions, each one was about $30 each and contained a week's worth of shows, meaning only five 22 minute episodes.  That's quite an expense when you understand that there were 1225 episodes!  Enter Amazon Prime.  A search will show you that they have divided the series into 26 "collections" of around 40 episodes each.  As a daily [Gothic-horror] soap-opera (did I forget to mention that?) there were no yearly seasons as we understand them, which means they just broke them up into roughly even chunks that stop whenever, not necessarily at the end of a major story arc.

Picking up roughly where I had left off in the mid-1990's (and possibly later as my older kids remember watching some of the show with me at times - maybe from the library?), I began watching Collection 17, episode 27 (#884 or sequentially #873), which originally aired on 1969 November 13.  This means I was viewing it almost exactly 49 years later!  (The episode numbers don't always add up due to interruptions and them always wanting the Friday episode with the bigger cliff-hanger to be a multiple of 5.)  It was a show that I could watch by myself, when others are watching This is Us or Call the Midwife.  But a funny thing happened.  My 10-year old son, "Manny" (Matthew Jr.) started watching it with me.  He enjoyed it enough that he got upset if I watched it without him (shades of Netflix show viewing with my beloved wife)!  So, I waited, and waited.  Our progress became too slow for my purposes.  I kept watching with him  -- we're currently thru Collection 20, episode 15 (#996 or sequentially #981), which originally aired on 1970 April 20 (nearly a month before my birth!).  We've seen the entire Leviathan story-line and have entered into 1970 Parallel Time.

I didn't like having nothing to watch when he wasn't available (or willing), so I went back to the beginning.  Specifically as it is listed on Amazon -- Dark Shadows Beginnings.  It's a six-part collection that includes the first 206 episodes (thru #209), spanning from 1966 June 27 to 1967 April 14.  All of these precede the first appearance of Barnabas Collins (at least in person).  You may question the need to view the episodes before things "got interesting".  Well, I'm here to tell you (after an extremely long-preamble/warm-up exercise), that there are plenty worth watching.  It's OUTSTANDING!!!

But where to begin...How 'bout the way each episode does:


"My name is Victoria Winters..."
[more after the break]