We can't all be a controversial as Lee, so I guess I just have to stick with my reviews. Anyway, I find myself getting fed up rather quickly with Marvel books at the moment but this was actually an okay week with one of my old favorites having a great issue... 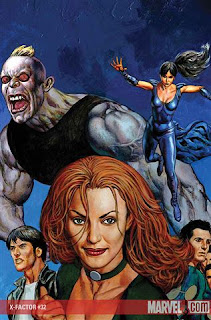 
As much as the whole Arcade saga lost me a bit at some point, I thoroughly enjoyed this 'wrap up' issue. Mostly I liked the fact that the team felt like a team again. Also, Jamie finding out about his upcoming fatherhood was well done. This book is almost always the best done Marvel book on the shelf these days, and always the best mainstream one. Ghost Rider's the only one that really comes close as far as mainstream titles go (though the art is yechy). 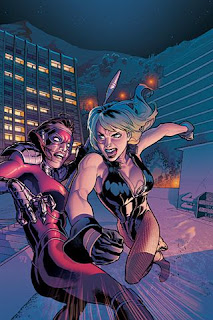 
While this issue was decent it wasn't terribly exciting. Bedard is obviously digging in for the long term type of plot so I wasn't terribly bothered by an 'in between' issue. Recently Misfit's been the most intriguing BoP so I'm looking forward to seeing how her character progresses. By the way, I really dislike this cover. Black Canary looks odd somehow and the character outline inking was too pronounced. 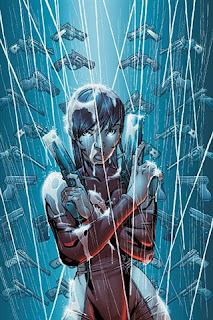 
As much as the first issue was awful I can appreciate the story being built up. This issue was more interesting and hopefully I'll like it more as it goes. 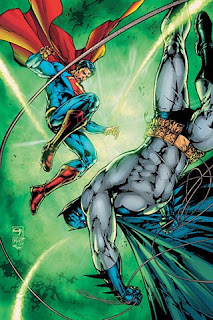 
The wrap up to the Kryptonite story arc. Batman certainly has a lot of Kryptonite in his vault, but it does make sense. Still, I am amused by the old Legion comics when Kryptonite was everywhere. I mean, the Emerald Empress just happened to have some on her when she met Superboy for the first time - in a lead lined pouch nonetheless! Oh yeah, this was a good issue - I just want to see if it actually impacts the rest of the DCU. 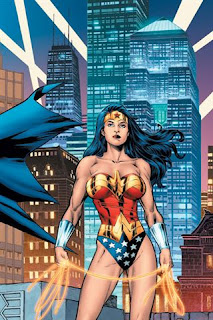 
BORING! I know, I know, it's a weekly book that's only on it''s third issue - it's still boring, at least the first half. The back up story about the tarot card reader was cool though, I much more interested in her character. The art's gorgeous though. 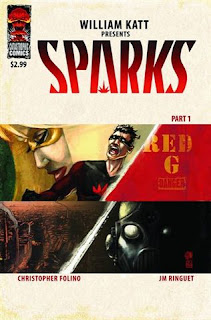 I know Jim read this before and did interviews with the creators, but I hadn't been terribly intrigued until I actually got the first issue. Count me in on this story, I'm definitely looking forward to seeing where it goes! 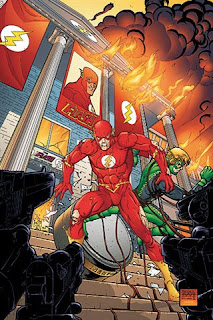 
Excellent issue. Not only is there Gorilla Grodd, whom I never tire of, but this whole story has been fantastic. Wally's dilemma over what to do with Inertia, Keystone citizens being brainwashed, Iris aging and having known about her possibly shortened lifespan the whole time - all well done. I really want to read the next issue. I do hope some sort of cure is found for the twins as I really like them. 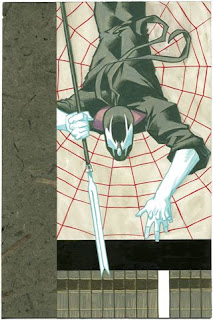 Great wrap up to this mini series. Grendel's destruction of both the reporter and his evidence demonstrated what a truly evil bastard he is. Bravo. 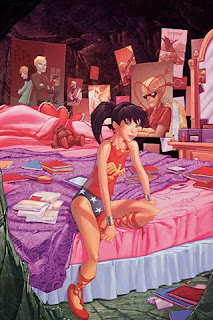 This was terrible. I mean, first of all, wow is Speedy a total ass. Really. But Donna? I don't get her actions at all, nor do I understand the portrayals of any of the characters except maybe Kid Flash. Aqualad scares me. 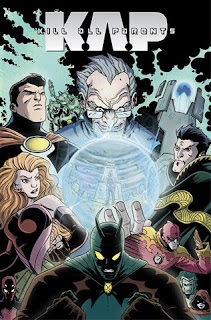 While I get the spoof here, I'd expect to see this on someone's website, not as a book published and put on the shelf. I mean, I'm just not sure it's worth purchasing. It's not even all that funny. 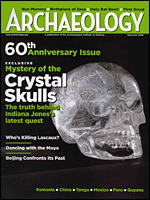 
This is one of my favorite magazines. The articles are always well written and the layout is nicely done. Also I have learned that archaeologists love Indiana Jones, despite the fact that he is a terrible archaeologist! Which is fine with me, because Indiana Jones is awesome. The main article this issue was pretty cool. The whole crystal skull thing seems to be mostly a hoax. With modern technology it seems that most major crystal skulls on display have been the work of more modern technology - at least more modern than where they were supposedly from. In fact there seem to be no crystal skulls found on actual digs - all have come from antique shops (or the like) or anonymous donation. Now days many are displayed in museums as examples of artifact fraud. Not that this detracts from the Indy movie in any way ;) 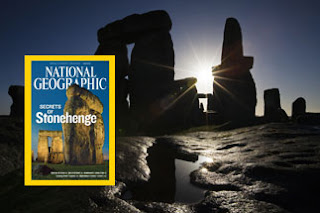 
I only picked up this issue for the Stonehenge article. While it was factually interesting I didn't think it was terribly well written - fairly dry in fact. The snow leopard article was really cool though. I hadn't realized before how hard it was to even spot a snow leopard - all the photos were from camera traps. I also thought that there were some really excellent programs dealing with snow leopard protection - programs that benefited both the animals and the humans who were effected by their presence. It's good to see solutions to extinction that work out for everyone - or good to see it's possible anyway :)


As a side note, the word of the day was Cockaigne. It's always fun when I get words I'm unfamiliar with. Even blogger's spell check doesn't recognize it! Apparently it's a word that refers to an imaginary land of ease and luxury. I can see how the similar utopia is more commonly used.
Posted by Gwen at Friday, June 27, 2008