Incredible Hulk – Movie A Review and Some Random Thoughts

Incredible Hulk – Movie A Review and Some Random Thoughts 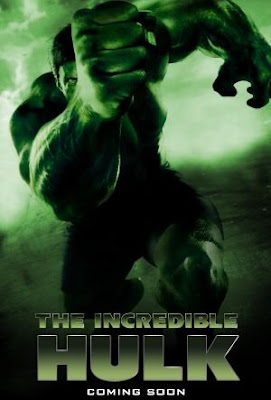 I rarely do movie reviews, but since I got to see Incredible Hulk on Tuesday night for free I thought I would get my thoughts out on the movie a day before it opens.

I always like to talk about the good parts of things first for two reasons as least. First it is the better way of doing things and two it is easier to be critical then it is to be positive.

The movie starts by doing the origin story as the credits are rolling in. This was a brilliant move as we have already done an origin movie before and we certainly did not need to see the whole story over again. The credits had still pictures and a few quick scenes depicting Bruce getting hitting with Gamma rays, turning into a monster and then taking off for parts unknown.

Ed Norton cast as Bruce Banner was great move. Ed looks the role and is one hell of an actor. Marvel’s first two movies from their own production companies have had brilliant jobs of getting the right people in the main 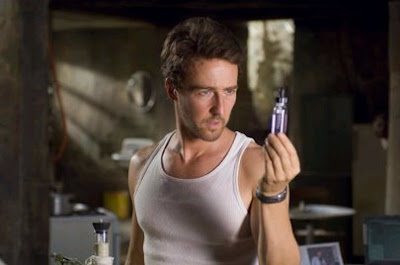 roles of the characters. As the movie starts we see Bruce is in Brazil trying to learn how to maintain control so the Hulk does not manifest itself. The area in Brazil he was in makes any poor sections in my hometown looked like a five start hotel. The basic story here is Bruce is looking for a cure to his condition via an internet contact he has made in the scientific world. He is hunted by the army who want to use what he is to be a super soldier and Bruce just wants to rid himself of the monster he has created.

The rest of the plot of the movie is Bruce is found by the army and Hulk fights the army. Bruce gets back home and ends up with Betty Ross again and fights the Army. General Ross gives a solider under his command the super solider formula and he starts to get power crazed. Bruce and Betty meet the internet doctor helping him and he cures Bruce, but it maybe a one time thing. The super solider gets the doctor to give him more power after Bruce leaves and that solider becomes the Abomination. Bruce sacrifices his cure and turns into the Hulk again and beats the Abomination. Bruce runs off to hide again.

Now this all sounds rather dry and unimaginative, but it is well acted and a very entertaining movie. My wife (who went as a favor) said the movie was entertaining, high praise from a non-comic book fan.

They added in some great bits with having an Eddie’s father TV episode being on in the background to give the late Bill Bixby a cameo, Stan Lee had his obligatory cameo, Lou Ferrigno got a cameo, they had a character named Jim Wilson; the doctor who cured Bruce was Dr. Sterns and was being obviously turned into the Leader for a possible 2nd film and more and more great little bits to treat fans of the TV show and comic to many Easter eggs.

What I didn’t like about the movie, was the entire ending sequence. It was this huge battle between the Hulk and the Abomination. It had the great type of things you like to see in this type of fight, but it was almost 100% CGI and it felt like a high end video game. If I had a controller and could have been making the Hulk move the effect would have been complete. The other scenes with the Hulk worked better as they limited the amount of time of the Hulk and had more real people around the Hulk. It was almost the same formula they used in Iron Man, with a short sequence with the hero, a medium sequence with the hero and then big fight scene at the end. Iron Man worked better because he was able to occasionally be shown as a man. I think that they could have either shorten the big fight or done it as a parallel to a more real sequence.

I have been wavering on what I would rate this movie as I hate to go with a C+ or a B-, but that is where I would put this movie. I was not going to go see it, but I’m glad that I did and think that Marvel is two for two this year. If Batman is as good as it looks, we as comic fans should be in for some good times, as you know success breeds green lighting even more super hero movies.

1) The two big comic book news websites have both had dramatic makeovers and the early winner is CBR. Before the make over I used to go to Newsarama a lot more then CBR, but CBR now wins that war for me.

CBR seems to be more comic oriented and Newsarama seems to be trying to broaden their reach. Ultimately Newsarama may have the better long range plan as TV and movies have a bigger audience then comic books, but I have so many choices for news on movies and TV, that I like a more focused approach. Also Newsarama’s design feels colder to me then it used to be. I admit that CBR’s new look took a little time to get used to it, but it never felt unwelcoming.

I still will follow Newsarama as they have great interviews with creators and do some other cool stuff; it is just now my second choice.

2) I think that the next new wave of action figures should be personalized. You send in your picture and they put your face on whatever action figure you want. Imagine the fun of ordering Superman with your face. One day someone will do this.

3) I heard on the radio some group is upset that General Ross has a cigar and is smoking it throughout the movie and this may promote kids to start smoking. It was never shown as cool; it was part of the character. Please can’t we as a society get over this petty a** crap. Why weren’t they upset that Bruce was shown using gamma rays and kids would think it was cool to irradiate themselves. Get a life people.
Posted by Jim at Thursday, June 12, 2008