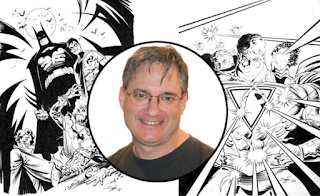 I learned that artist/writer Norm Breyfogle passed away six days ago on September the 24th. He was fifty-eight years old. It's been a tough week in part because it broke my heart. His art was an extremely important part of my comic book consumption throughout middle school and high school. This was the second time I was given sad news about him, and the only thing I can possibly hope for is that he found peace.

Breyfogle is probably best known for his run with the Batman family characters. He worked on Detective Comics, Batman, and helped launch The Shadow of the Bat title. Breyfogle co-created characters like Ventriloquist, Anarchy, Victor Zsasz, Jeremiah Arkham, Amygdala, and Ratcatcher. Probably his most important creation along the way was his co-creation of Ultraverse's flagship character Prime. He worked on lots of different comics including having a run on Archie Comics in 2008. 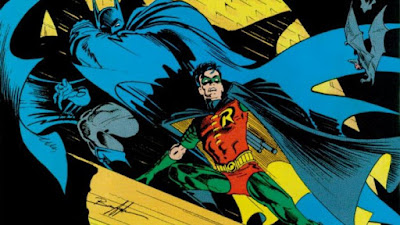 The most influential part of his contribution to the Batman mythos (in my opinion) was not the co-creation of some of the previously mentioned characters, but his redesign of the Robin costume given to Tim Drake. It remains my favorite and arguably inspires every version of Robin's costume since. I can't even look at Damian's horrible redesign without thinking that Breyfogle's original design and Tim Drake wore it better. 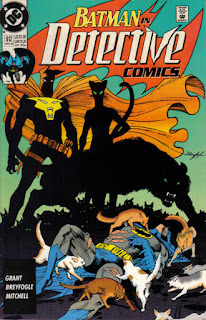 I loved remembering Breyfogle and his art, but it was bittersweet receiving the news of his death. I like to remember him and look through his art, but I'm sad he's gone. After working on a Batman Beyond Unlimited digital comic in 2012-2013 (which was collected in print), I thought he was going to have a resurgence drawing mainstream comics again. His work on Batman Beyond was pure joy and I adored it.

In 2014 Breyfogle suffered a stroke which left him paralyzed on his left side. He drew with his left hand, and although he did recover movement, he couldn't draw anymore. I can't imagine what it is like to have what you love taken away from you like that. He was pretty honest and upfront about it and chronicled his struggles online through social media. He seemed a kind and gracious creator and I knew he was trying to get into writing comics because he could no longer draw them. They say he died of natural causes, but I still think fifty-eight is way too young and he was gone too soon. 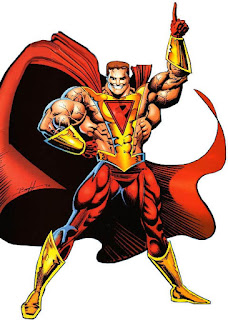 After Breyfogle's health issues in 2014, DC Comics put out a hardback of Legends of the Dark Knight: Norm Breyfogle Vol. 1. DC did this in part to help him financially, but it is truly a wonderful edition to anyone's Batman collection. A second volume will be coming this November. I own the first one and will be buying the second, and I'm hoping to track down the collection of his Batman Beyond Unlimited series as well.

I recently discovered they also put out a Batman Black & White statue based on Norm's illustrations. I tried to see about buying one, but it is backordered. Maybe I'll get lucky at some point and pick one up. It's pretty cool looking and I think it would do my geeky home justice. 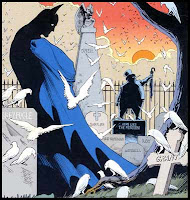 I realize that sometimes people we never meet still impact us and leave something behind that touches our souls along the way. Thank you Norm for your art, man. I always hated Batman's blue and gray costume, but never when you drew it. Your version was the only acceptable one as far as I was concerned. May you be at peace knowing you left behind so many fantastic comics.