Jim: This seems to come around fast. I had gotten used to not doing the Preview Reviews and now they turn up every time I turn around. I worry that this have gotten a little stale and redundant as we always talk about the same thing, so this time I will make some selections but talk about broader issues then just the individual series.
Gwen: It’s nice to try a different take on solicitations. I actually find it hard to comment on individual issues as there is less content to comment on. 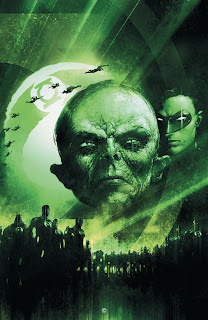 GREEN LANTERN #67
Written by GEOFF JOHNS Art by DOUG MAHNKE and CHRISTIAN ALAMY Cover by DOUG MAHNKE 1:10 Variant cover by SCOTT CLARK and DAVID BEATY
The blockbuster “War of the Green Lanterns” comes to a universe-shattering conclusion! How will Krona’s rampage ultimately affect the Green Lantern Corps? All we can say is it will change EVERYTHING!. On sale JUNE 15 • 32 pg, FC, $2.99 US • RATED T

Jim: Well this event comes to a close as the Flashpoint series starts. Since Johns is behind both of them I wonder if they somehow intersect. I’m guessing they do as the tagline says it will change everything. I sincerely hope not because GL needs a break from being involved in stuff and Hal needs to get a life. The lack of secret identities is something that has occurred gradually but it is a major problem from my view. I don’t have a power ring, I can’t fly or run at super speed, but I do have a family that consists of grown children, a wife, older parents, siblings, and spiraling out from there. That means I can relate to Hal, more then I can GL. I can thrill to GL’s adventures, but ultimately I want to see what happens with Hal. I can’t think of single super hero that has a private life anymore outside of Connor Kent and I think it traces back to trying to make every issue an event as opposed to just telling a good story and making part of that story about the main character.
Gwen: It’s ironic that you mention Conner Kent as having a private life as for the longest time he had no private life and had to build one for himself seeing how he was a test tube baby - not to mention he was “born” fully grown. It’s also interesting that characters in GL like Kyle get more of a personal life while living on Oa than Hal does living on Earth. I get bored with the cape books when it’s too much about cool powers and epic battles - because really, why do I care much about the outcome of any fight if I don’t care about the characters fighting? 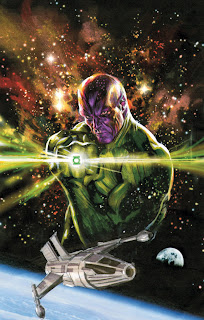 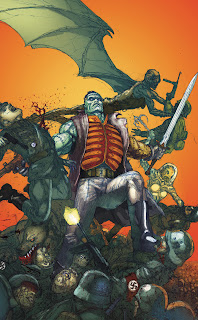 Jim: You have got to be kidding me DC. You want to buy 20 additional titles for the month of June that tie into a Elseworlds mini-series. From what I can see Flashpoint is about history being changed and the Flash has to try and set things right. Of course the domino effect means that more than the Flash’s past will change.

I liked Elseworlds and was always bummed out when DC sort of canned the whole idea and we really get to see that type of material anymore. This has some good ideas and I will be checking out a few of these series, but 20! Not only that but it is not exactly the top flight talent. Sure there are a lot of great names mixed into these titles, but Mike Carlin has written a book in about 20 years or more (if ever) and Javi Fernandez is not an artist whose name I have ever seen before.

DC and Marvel have pushed the event envelope so hard that I often have mixed feeling about buying a book just to read a good story. I want the story to have an impact on the title and maybe the larger comic universe if I’m going to invest in it. I still like some books to just read for that individual series (Secret Six and Birds of Prey in the DCU) but when I reading an event I feel cheated when I buy stuff that has no real payoff other than being an add on that the company hopes I buy as a slavish fan.

Gwen: Wow, I think if I read “Flash Fact” one more time I won’t be able to read any of these. Of all of these I am bothered by the Abin Sur title.... he survived the crash? Really? Is that necessary? I get that this is about the Flash trying to fix the changes in history but honestly I have to agree with Jim that’s I’d be happier to just have Elseworld titles. Especially as time travel and subsequent paradoxes can get messy very quickly story-wise. I have a feeling this event will not hold together well with such a touch plot platform for coordination purposes. Not to mention that 20 additional titles is exsessive in the extreme. Most people reading comics do not have the money to sink into something like this. I mean that’s what? $3-4 a book? That’s pushing towards $100 extra for one month of books after taxes. For your average comic fan that’s a huge chunk of money. 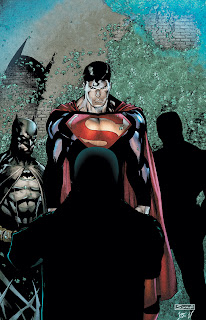 BRIGHTEST DAY AFTERMATH: THE SEARCH #1
Written by JONATHAN VANKIN Art by MARCO CASTIELLO Cover by ARDIAN SYAF and VICENTE CIFUENTES 1:10 Variant cover by TBC
Following the events of Brightest Day, the new protector of Earth has been chosen. But one reluctant hero making his return to the DCU is trying to convince Batman, Superman and the others heroes of the DC Universe that this may not be a good thing, because he can see that things are not right and mankind’s brightest days are indeed over. On sale JUNE 22 • 1 of 3, 32 pg, FC, $2.99 US • RATED T+

Jim: So the incredibly dragged out boring Brightest Day ends and we get the Search? What about a series or two about the characters we have been following in Generation Lost and Brightest Day. Instead we get some mysterious character not happy about the new status quo and have a three part series by two relative unknowns. Not sure I care about this at all.
Gwen: I just hate the line that “mankind’s brightest days” are over. I mean let’s talk about depressing here. I remember when I was a kid and comic books were about hope - about fighting against evil. The good guys may not always win - or at least not in the way you might want - but they fought until they couldn’t fight anymore. Back when I cried because Barry Allen died to same the universe. So what do I have to look forward to now? The Brightest Day storyline did not inspire me with much confidence in any follow ups. 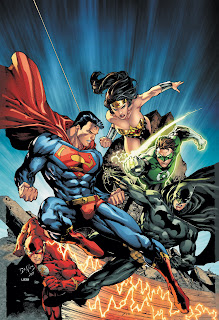 DC UNIVERSE ONLINE LEGENDS #9-10
Written by MARV WOLFMAN Art by MIKE S. MILLER, SERGIO SANDOVAL, HOWARD PORTER and LIVESAY Cover #9 by IVAN REIS Cover #10 by ED BENES
Inspired by the Sony Online Entertainment game! Coping with his failure to save Metropolis and the loss of Lois and the Daily Planet, Superman makes a tactical mistake that could cost the JLA dearly. Plus, a new hero has emerged to save the day on Earth – and his name is Lex Luthor! In issue #10, Lex Luthor has saved the day and done what Superman couldn’t by rescuing the Daily Planet and foiling Brainiac’s plans. Now, Superman must answer to the JLA for his dereliction of duty, and it won’t be pretty! Issue #9 on sale JUNE 1 Issue #10 on sale JUNE 15 32 pg, FC, $2.99 US • RATED T

Jim: I avoid books about games like the plague. I wish I had more time to goof off because I think I might enjoy playing this game, but following a comic series about sounds boring. Add to that it is written by Marv Wolfman, who was something back in his heyday, but his writing has been flat and boring last time I read his stuff.
Gwen: Books and Comics based off of games are not the most appealing in general. I remember reading an issue of a City of Heroes comic book and it was terrible. The real problem is that these games are built to be interactive environments in which the world is just a background for people to build their own characters and it’s near impossible to create good stories when you are trying to generalize a world to an online gaming extent. Honestly World of Warcraft has some neat stories but they only work in the gaming world - not so well as a comic.