We decided to do something a little different and take a topic that is a hot button and let all of our contributors take a stab at what they think. Everyone did a great job and I have broken it down into a series of extra posts for this week set to post at 5PM. A small side note we were going to do a series of comments, but after one round I think we got a lot of good thoughts out there and thought we would cut it off at one response per team member. 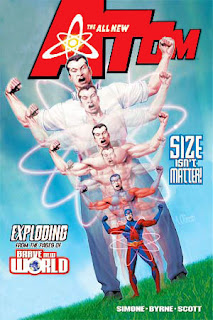 Jim: The internet has been buzzing about the death of the Asian Atom Ryan Choi and personally I thought DC made a big mistake, but not because they are racist, but because they have gotten stuck on the silver age version of many of their characters. Now anyone who follows this blog has been bored to death by my harping on changing who is under the mask. Green Arrow should be Connor Hawke or Roy Harper, Batman they have right (for now), Aquaman should be Tempest, Atom should be Ryan Choi, Flash should be Wally or Bart, Green Lantern should be Kyle or John Stewart and the list goes on and on. In regards to Marvel I think Tony Stark, The Fantastic Four, Hawkeye, Hank Pym, Cyclops, Iceman, The Beast, Spider-Man and on and on should also be new people in those roles. The continuous nature of comic book publishing creates a unique creature that remains 29-39 years old, but they have 50 years of history weighing them down. A good story works with whoever is playing the role, but a fresh face can create its own kind of excitement. Starman as Jack Knight was a great example as are many of the characters in the JSA. Mr. Terrific (Michael Holt) is infinitely more interesting than a generic Terry Sloane (the original Mr. Terrific).

Of course to generate some interest a few dimwits decided to throw a bomb at DC by calling them racist since a lot of characters that have been replaced are non-whites, conveniently forgetting that the only reason you can even try to throw out that charge is because DC has taken chances making their characters come from a more diverse ethnic mix. No one can say Marvel is racist because they have never changed their characters at all.

This is a long preamble to a different kind of post we are trying on Comics And. We are going to do a long “conversation” about legacy characters versus new kids, about is DC racist, about Marvel being stuck in “forever” mode (August solicits has a New Mutants Forever series starting) and I’m sure other things. I’m starting off the post and since my arguments are well known. I may come back and play devil’s advocate and change sides if needed. Lee comes next, then Greg, then Gwen, then Thomm, then Matt or whatever. My hope is to try and at least put a slightly more thoughtful and, knowing us, at times a little inane, series of posts actually discussing what we all see as the best and worst parts of continuously publishing characters for 50 years.

For the record I think killing Ryan Choi made sense in terms of the story, as it established these were actual bad guys and not like the wimps in Thunderbolts and Secret Six. Those crews, while bad guys, never seem to actually take down any good guys. The mistake was taking a character rife with potential and destroying his career as the Atom before it had a chance to start. Ray Palmer’s story has been told and told and told. I’m ready for Ryan Choi’s story and DC muffed it. It was not racist. It was Didio’s insane idea that these characters are iconic and can’t be replaced, so DC is trapping themselves into the same thought process Marvel has, which is that only a certain person can be that hero. This creates a long term problem that nothing can ever truly happen to a character, so you either change the playing field he is in (Dark Reign) or try to remake his character to make him more interesting (Hal Jordan). By doing this we continue to make ourselves a more insular group because you can’t explain a character to anyone unless they have an hour or two to talk about it. As proof of this I direct you to Black Widow #1 and the six pages of history they needed to give you to fill you in on her history. Convoluted does not even come close to doing her history justice. 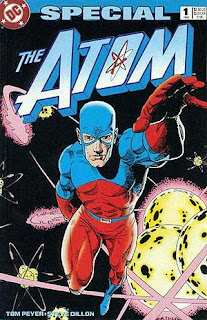 character gay who was straight before, but before I go on too long, what do you think Lee?

Lee: Honestly, I think Choi, the Atom, and the resulting hub bub are irrelevant. The bottom line is that second tier characters get killed all the time. They are used as cannon fodder to give the latest crisis weight. In this case, DC created many new characters over the last 5-10 years that just didn’t survive. It just so happens that many of the characters were minorities.
As for changing the face under the mask, I don’t think that matters either. I want good Batman stories. Personally, I would prefer Bruce Wayne because I don’t want to read about how Dick Grayson ‘grows’ into the Batman shoes. It’s too easy for writers. Take the established character, Wayne, and make new things happen.

We got great stories like No Man’s Land because Wayne has been around so long.