The latest information (sparse as it is) coming from Warner Bros and industry insiders is that they have decided to forego the DC Extended Universe in lieu of the disastrous reception of the Justice League film. They will still put out singular franchise films, but are stepping away from the crossover films. This means that Aquaman will still come out the end of 2018 and will feature Jason Momoa. Wonder Woman 2, now titled WW84, is currently being filmed with the original director Patty Jenkins and actors Gal Godot and Chris Pine returning. Shazam is slated for release next year, and currently a Gotham City Sirens movie and The Batman are at various stages of development. Flash keeps being rumored to start all of the time, but at this point, I'll believe it when I see it, much like Ben Affleck's return to the role of Bruce Wayne/Batman. And then, there's the Joker. (More on him later.)

Could Warner decide to change their minds? Sure. One thing is clear: they don't have a real game plan. There is no Kevin Feige at the helm. Zack Snyder was the closest thing they had and gave him the keys to the kingdom without much oversight, and then they were surprised when the product was met with divided fans and critical backlash. I blame WB/DC more than I do Snyder. From the first film in the DCEU - Man of Steel - they have been reactionary to the market of superhero films, to Christopher Nolan's Dark Knight films, and to Marvel's success. Event their decisions during Justice League's notorious reshoots and subsequent replanning stink of being reactionary. The plan is to react. They react when something is good (The fans love Wonder Woman! We have to make it less grim and gritty! Fix it with reshoots!), and they react when something is bad (there are currently no plans for more Justice League, and they were originally going to use Flash's film to soft reboot the DCEU, but now it is unclear what they are doing with that film).

I'm a little disappointed that instead of righting the ship, so to speak, they've opted for a more singular film success plan which is arguably what they should have done in the first place. MoS kinda did it, but then they immediately jumped to BvS which was like a 2 1/2 hour trailer for an expanded universe done in an incredibly juvenile way. And I say that as someone who sort of liked it. I liked many scenes in the film, but the overall narrative doesn't work and the characterizations of the main leads are often forced down the viewers throats while asking for huge leaps of logic and absolving characters for being, well, stupid. 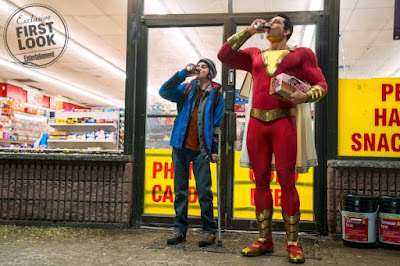 I'm a huge fan of DC characters, probably moreso than Marvel, and I can't help but feel like they wanted the success of Marvel without putting in the work. Even with that being the case, we're getting Aquaman (early buzz on the film is that it is good), WW84, and Shazam. I have high hopes for all. I also remember telling friends a year or more ago that, "Wouldn't it be funny if the Superman and Batman in the DCEU weren't done right but Wonder Woman and Aquaman were?" I'm afraid that after the release of Aquaman, I might realize I was a prophet. A seer. I honestly didn't want to be right after I said it. It was a joke. Why can't they all be great?

DC Entertainment President Diane Nelson (I believe she has either relinquished this position or will soon) stated recently, "there's no insistence upon an overall story line or interconnectivity in that universe." That's a nice way of saying it doesn't all take place in the same universe like Marvel does it. Justice League seems to have killed the DCEU. (I still haven't seen it.) If it had been awesome, you can bet they would have stuck with it. This idea that the films don't need to connect was proven this past week when the Joker origin film was announced. 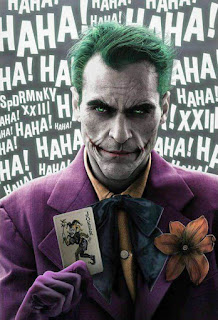 Now when this film started to gain traction, there was a belief that they would do DCEU films AND separate incarnations of the characters so that they could do both, but it appears that there will be more of the latter and less of the former. The Joker Origin film will feature Joaquin Phoenix in the lead role with Todd Phillips (The Hangover) directing it from a script he co-wrote with Scott Silver. Jared Leto claims he will return in a future movie as the Joker, maybe in Gotham City Sirens or Suicide Squad 2, but I'm starting to doubt it. Right now, we know more about the Joker film than we do about The Batman. That seems really strange to me. (And don't get me started on a rant about how the Joker doesn't need an origin film, because he doesn't. Nolan understood he works best when his past is ambiguous.)

The lack of information about the next Batman film might be simply because no one knows the true status of Ben Affleck's tenure as Batman. Rumors for a long time were that he was done with it, but then there were rumors that he would play Batman in Flash: Flashpoint and be recast after Flash "restores" the timeline. Then, about 3-6 months ago, there were rumors that Affleck wanted to continue playing the role. Of course, it also appears that Matt Reeves, director of The Batman, wants to recast the role and the film is being written for a younger Batman. No one can know for sure how these rumors stack up against the reality of the situation. IF they are doing a new Batman franchise, starting over with a younger Bruce Wayne, I think it is an incredible missed opportunity. 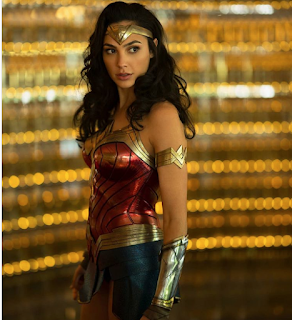 One of the best things about Zack Snyder's tenure at WB/DC was his casting decisions. I was not excited about the casting of Gal Godot and she absolutely slays as Wonder Woman. I really like Henry Cavill as Superman, I just want him in one movie where he is smiling and it doesn't look weird because they CGI'd his mustache off. (Seriously, watch MoS sometime. He barely smiles once or twice in the whole film.) Affleck's casting caused concern and anger, but besides the fifteen minutes of Wonder Woman, Affleck is the best thing about BvS. His Batman might be written out of character at times, but Affleck brought his A-game to the role. His training scene is awesome. The party scene where he plays up the playboy Bruce Wayne is pitch perfect.

Having an older Batman, one who had been around for 20 years already, made Batman so refreshing. I kept imagining his eventually solo film. Instead of introducing bat-characters, we would see characters Batman already knew. They might be new incarnations for us, but not for him. It would allow for interactions with Nightwing, Robin, Batgirl, and the Red Hood. They could do the Knightfall/Azrael Batman story or tell a story that spanned multiple decades with a reoccurring case that popped up every few years. Hell, they could've done a live-action Mask of the Phantasm film. The point is that they wouldn't have to do Batman's origin/reintroduction again. Christopher Nolan did it best and they should move away from that. The storytelling possibilities with an older, seasoned Batman (one who already lost a Robin) is just full of possibilities in a way starting over from scratch just isn't. If Affleck doesn't return and they cast someone like Jake Gyllenhaal as a new Batman, I'll be disappointed. 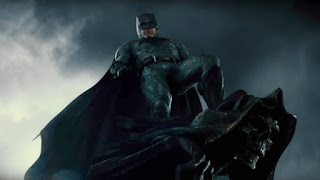 It is easy to criticize the DCEU because it got so much wrong. I still cannot believe we live in a world where Marvel got Captain America right and WB/DC still struggles to make Superman work. Learning too late that not every hero has to be like Nolan's Batman shouldn't have taken two films to realize. Rushing JL even though they knew it was a mess and wasn't ready didn't help. I would like Cavill to be in one good Superman film. I'd like one good Batman film with Affleck. Starting a Flash film with the Flashpoint story is a really terrible idea. I feel like the DCEU had all the right ingredients and was still cooked horribly anyway. 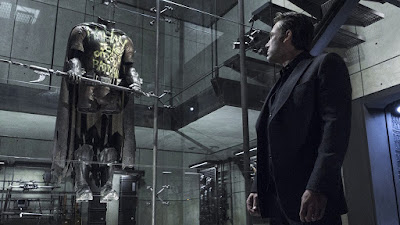 One has to wonder why Bruce Timm or Paul Dini weren't brought in to consult. I know Geoff Johns had some kind of creative hand in the films and co-wrote WW, but I'm not entirely convinced he could be a Kevin Feige type individual. He's a story guy. We need a big picture guy who gets these characters. We'll call him the Reverse Dan Didio type of person.

I still think there is enough good there that they could salvage this thing and at least have these films take place in the same universe. But it seems like that after Snyder failed to make it sing, they gave up, instead of finding people that could do it. I think they'll be DC movies though I doubt there will be a DCEU like what Marvel did. Maybe that's for the best.

But it still feels like they gave up without a real fight.