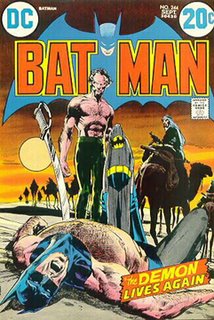 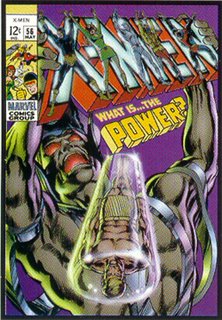 Okay these are all great cover images and all done by one of the most influential artists ever.

Neal Adams was one of the most innovative and dynamic artist to hit comics. In my opinion he is the most influential artist in comic book history. Note I said artist. I think Kirby and Ditko added more then just art, but judging just on art alone Adams changed the industry forever. His more realistic style and dynamic layouts and perspectives still resonate with today's artists (and most can't hold a candle to his work).

In addition to being a major art influence Neal Adams also became known for being an advocate of creator rights. 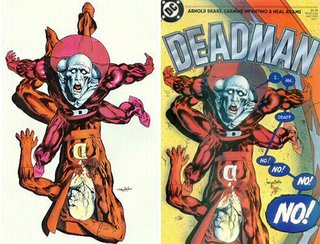 Truly one of the all time greats and we still get his occasional variant cover art work for a comic now and again. I really wish he was doing All Star Batman.

I also admire Neal for his willingness to go out and publish his opinions on all subjects and be willing to take the heat for some of those opinions.

I have his Deadman, Green Lantern/Green Arrow and all three Neal Adam Batman hard covers as part of my collection. I'm not trying to downplay the writers, but Neal Adams is one of the all time best artists ever in the field and the major reason I purchased those collections. Now if DC would just publish his early Spectre work.
Posted by Jim at Friday, September 01, 2006