They're Action Figures - Not Dolls 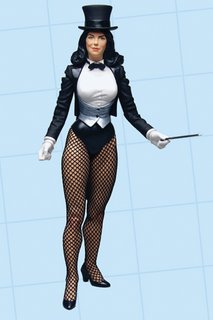 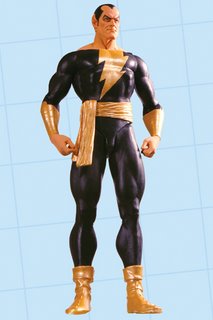 My wife calls them dolls, but I know they are action figures. They are actually inaction figures, but hey why quibble. I don't know what has gotten me into liking these action figures so much, but it is a lot of fun to see you're favorite characters brought into 3-D. I just wish to hell someone could make better faces for many of the woman action figures. I mean this is a medium that has some of the most beautifully drawn woman ever and a lot of the female action figures fail to capture the beauty in the female faces.

I think the only thing that saves these figures from being dolls is that don't come with different outfits to change them into, but given how many heroes have had multiple costumes, it is only a matter of time and if I find myself dressing and undressing an action figure, I may have to concede the point to my wife and admit they are dolls.
Posted by Jim at Wednesday, September 06, 2006