This is only a very brief review as I have had tons of assigned reading for school. In fact the last review is of an assigned reading. I actually did read more than just this group here but I managed to get my comics mixed up and the rest of the books I read weren't from the same week. As a side note Jim organized all of my comics for me when he came down. Thanks so much!!!! It really gets overwhelming after a point to try and do it myself. 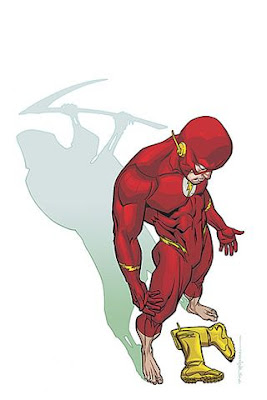 
I understand that people love Barry Allen. In fact, I cry every time I read Crisis on Infinite Earths because of Barry's death. Even so, to me, Wally West is the Flash. He's the Flash I grew up with and personally I like to see characters grow and change. In all fairness they've just put Wally on vacation - fine. Still, there's something to be said for allowing characters to actually die. Barry's death was tragic but it defined the kind of hero he was. Now he's alive and that makes his death mean less. In fact it's just one other reason to distrust every character death in mainstream comic books. It loses the point of the story of that death. 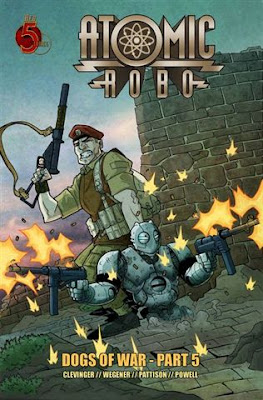 
This was a decent issue. Honestly I liked the first run of this book better than this story arc. I think that was mostly because this story arc got a bit too bogged down in explanations - like in this issue, the dialog about the mission Robo is going on. Even so, this is a fun book with awesome art work. I really enjoyed the span of action when Robo is missing his legs - very entertaining!


Thank you BOOM for making one of my favorite TV series into a comic book!!! Very well written and the art was nice. I always have a hard time adjusting to art that's meant to look like specific actors (Star Trek comics for example) but this was a good interpretation. I really liked how Aeryn's expressions were drawn. The writer's characterizations were very close to the mark. I'm really looking forward to the next issue :) 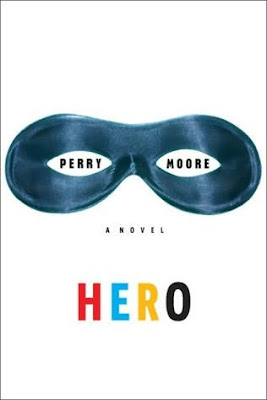 
This book was recommended to me by a coworker. Pretty much it's a coming of age superhero story. Overall Thom's story (the main character) and Thom's family's story is well done. My only major issue is with the thinly veiled mockery of heroes like Superman and Wonder Woman. Moore writes such great story for Thom and yet resorts to using parody's of easily recognizable superheroes as his cast and villains. I just feel that with such an obviously talented writer he could have been more creative. Even so, Thom's struggles to be accepted both as a hero and as himself makes for a compelling read. I really ended up rooting for him to be able to come out to his friends about being gay and the tension between him and his love interest was hard to endure. I wanted to shake them and tell them to get together already! The end is a little sappy, but I still liked it. 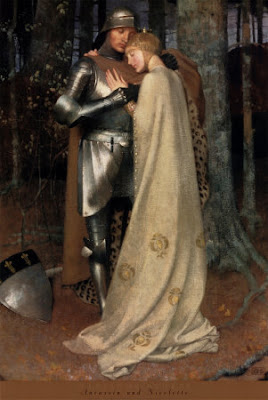 
This is one of two surviving examples of a form of writing known as a chateaufable (prose with poetry inter-dispersed - a medieval musical!). It was written in French during the 12th century. Essentially it's the story of two lovers who aren't allowed to be together but in the end love conquers all. Cliché? Perhaps so... but for medieval literature I was very surprised by a few points. First of all Aucassin, the "hero" is a cry baby. Most of the narrative he's moping about lamenting his separation from his love. Nicolette on the other hand takes charge of her own destiny and it's through her design that she and Aucassin end up happily ever after. I found this to be interesting as most medieval literature I've read before always depicts women in the damsel in distress role. Seriously though, I'd highly recommend this to almost anyone - it's only a few pages long and is both fascinating and hilarious to delve into. If anyone's interested let me know and I'll get you the name of a good translation.
Posted by Gwen at Saturday, January 10, 2009