Love is...not the same as marriage 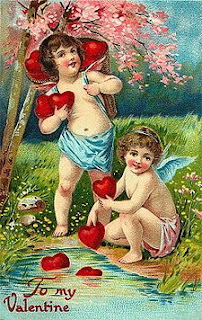 A Valentine's Day working of the imaginary tales part of this blog. And don't get titillated. It's not that kind of imagining. Sheesh.
Not that long ago the topic of the Twilight series came up in this blog, which eventually lead me to comment that I don't believe in that true love, one person for life kind of thing. Jim said I should do a post on that, and I thought it was more a book length topic, but my day's coming up on Valentine's Day, so what the hell? Here are some truncated thoughts on the topic.
Now, I've been with the same woman for 22 years and two kids, with no side dalliances whatsoever, so don't go thinking I'm trying to justify any lifestyle for myself here. Like most, I have my middle aged dissatisfactions with the marriage at times, but on the whole it's a good thing, and I like it. Still, I think that the whole marriage to one person for life thing is unrealistic and a product of romanticized views of the institution.
For most of European cultural history (which includes the Middle East origins and the various English speaking inheritors of the former British Empire), marriage has been a very practical affair, if largely one sided in providing all the power in the thing to the male. Of course, it's also been entirely heterosexual, but that's another issue. Marriage was designed to cement power relationships and provide societal stability. As befitting it's one sided nature, affairs by the

man were no basis for a divorce, but a woman's affairs were, or even rather slight things like failing to bear children. To encourage and foster the institution, tales developed of finding true love, a la Cinderella, Snow White, Beauty and the Beast, and really, the whole Disney pantheon of animated princess movies, which severely edited the original fables (just see Vertigo's Fables to get more information). As the class structure boundaries weakened from the 19th to 20th centuries and on into the 21st, the tales of true love for life remained while the power structure within marriages became more equal. More marriages were entered for romantic reasons rather than practical reasons.
Not surprisingly, this one-two combo meant much more divorce. Why stay in a marriage when the love is gone, or at least less, and each party is perfectly capable of supporting itself (English really could use a good pronoun that covers male and female without making them seem less human)? What we have now is a marriage system based on the flawed premise that a man and a woman will fall in love, get married, and never love anyone else, unless the spouse dies, in which case it's perfectly fine to love someone else.
Human beings are not going to just love one person for their entire lives. I love my wife. Doesn't mean I didn't love anyone before her or won't love anyone after having met her. Now, I can choose not to act on being in love with someone else, post relationship with my wife, but that doesn't mean I won't ever fall in love with someone else. It also doesn't mean I'd stop loving my wife. There's no reason to believe that each of us can't love more than one person at the same time. In fact, it's down right odd that we expect it in romantic love. We teach our kids to love their neighbors; to love strangers, in fact, when it comes to giving to those in need. We teach them to love their parents, grandparents and siblings equally. Some people even go so far as to teach kids to love pets as if they were co-equal to people. That's a lot of love going around, without one diminishing another. Why are we teaching them that they should only have one romantic love? Aren't we setting them up for a conundrum and confusion that's likely to lead them to failure in a one spouse marriage for life?
Going into my marriage, and the 5 years of dating before the marriage, I had no illusion that my wife was the only one in the world for me. I could have decided to go to a different college and never met her, falling in love with someone else entirely. In fact, there have been other women I've known since knowing my wife that I've been very fond of. I didn't stop loving my wife and didn't ever become more than friends with any of those women. But if I didn't have the marriage to my wife, I could have fallen for more than one of those other women just as easily. Somehow, I don't think I'm the only one. The divorce and extra marital affair rates certainly seem to back me up, as well as showing that a lot of people have less will power (or sense) than I do.
Yes, marriage can provide stability, but there's no de facto that it will. There have been tumultuous marriages throughout history. Just because there was no divorce allowed during those times, or very limited divorce, doesn't mean things were better for the partners or, the ever favorite justification for marriage continuing regardless of the partners feelings about it, the "good of the children". (Which leads to another discussion for another time about the inherent invalidity of studies saying marriage is better for children than divorce, as the comparison ought to be unhappy marriages to happy marriages, to amicable divorces to contested divorces.)

Of course, about the same time marriage started changing in its power balance, children started becoming less a commodity and more objections of affection. Which is not to say that our ancestors didn't love their children. Probably no more or less than now, they did love their children. The harsh reality that large numbers of the children would die before reaching adulthood, and the imminent need for children to make a business, household or farm work and continue after the deaths of the parents also commoditized children. With childhood survival being what it is now, and children not being early contributors to household income (really, a huge drain on household income now), having children is mostly to continue the genes and/or for a love of children generally. Oh, some shaping the future of the planet/species goes in there, too, no doubt.
But I digress. Love and marriage. To quote the old Sinatra song, "go together like a horse and carriage." In my mind, marriage, as currently designed as a life long affair, is just as useful as a horse and carriage today. In fact, I'd suggest two alternatives, both with origins in sci-fi. Well, my knowledge of them originates in sci-fi, anyway. 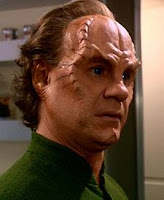 First, there's plural marriage, something interestingly explored in the otherwise none too memorable Star Trek Enterprise. The ship's doctor on that show was an alien who had three wives, who in turn each had three husbands, and so on. That seems a little convoluted, but I'm not opposed to people having more than one spouse, as long as all involved are amenable to it. I'm not in favor of the fundamentalist Mormon version because only the males get multiple spouses, and it's used as a method of power and control in an insular society. In European cultural instances of plural marriage, that tends to be the norm.
Still, even in plural marriage, the way it's been looked at so far involves the same sort of life long marriage. That seems to be the crux of the problem of divorce, if one views divorce as a problem. And even if you don't view divorce as a cultural problem, it's still a financial and child rearing problem.
The second idea would address a lot, if not all, of that. Earth 2 was a sci-fi show that lasted only 1 season, '94-'95. Most people probably don't remember it at all. I'm not going to get into the 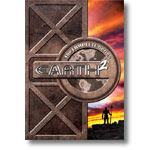 premise of the show because it's irrelevant, but among the characters was a young married couple with no children. Their marriage was an actual contract. It had a set period of years to it, with terms and conditions. At the end of the period of years, they could decide to renew the contract for another term of years. The show didn't have to address what would be done about rearing children because of their childlessness, but like any good separation agreement, child rearing could as easily be addressed in a contract going into the marriage.

A smart couple would set a short term to start, thus allowing for decisions on extending it prior to the arrival of children. As time went by, if they agreed, they could contract for longer terms. When children were in the picture, a new contract could delineate what would happen if the marriage was not renewed at the end of the contract. It wouldn't be practical to have the contract spell out each detail of what each partner would do in the household or to bring income to the household, though couples could do that if they wished. I'd like something a bit more open to interpretation, but that's me. If people go into marriages with reasonable expectations and defined points where the marriages could be renegotiated, there'd be no need for divorce, except in circumstances involving abuse of some sort. If the marriage contract were violated prior to its term ending, then the contract could be dissolved without the need for a divorce.
Obviously, a lot of additional thought needs to go into this (a book, perhaps), but that's my Valentine's Day proposal. Run with it people. Run with it.
Posted by Thomm at Sunday, February 14, 2010