The Amazing Spider-Man: An Untold PLOT From His Married Life (circa 1990)

You may have been expecting some sort of review of the new Amazing Spider-Man film, but I'll be on vacation when this posts and who knows when I'll actually get to see it, much less write about it.  However, to capitalize on all the inevitable buzz, I thought it was finally time to present my first (and only) comic book plot!  It's NEVER seen the light of day (or been rejected by Marvel), but when I rediscovered it a few months ago in an old spiral notebook, I thought it was worth sharing.  Now, you're going to have to work for it, because I scanned the pages directly from the notebook, which means you have to decipher my script-print handwriting.

The story was written back in 1990 and is set sometime in the David Michelinie and Todd McFarlane era, which means Peter IS still MARRIED to Mary Jane!  Now, I was single at the time I composed this, so my ideas about what I think marriage would be like might be interesting. : )

First up are my goals for the story, which I'm including so you can see if any of those themes survied in the actual plot.  I was shocked to see what I was even contemplating... 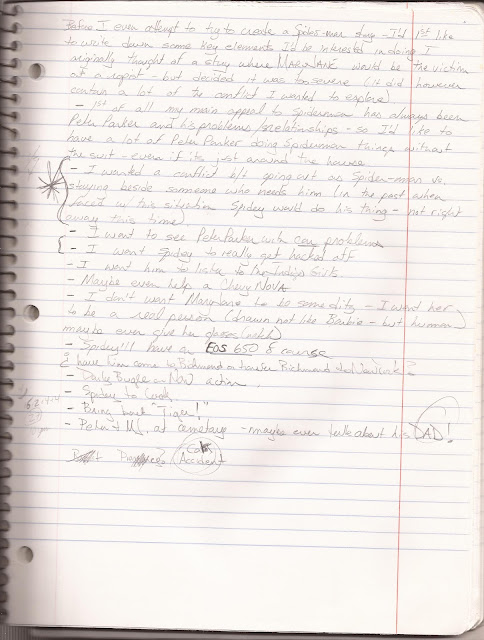 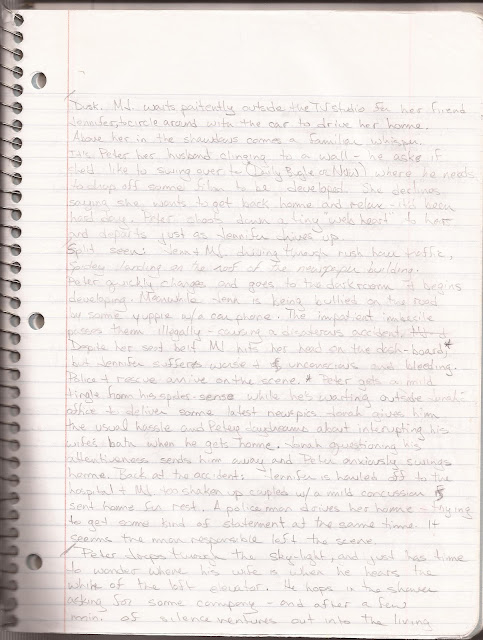 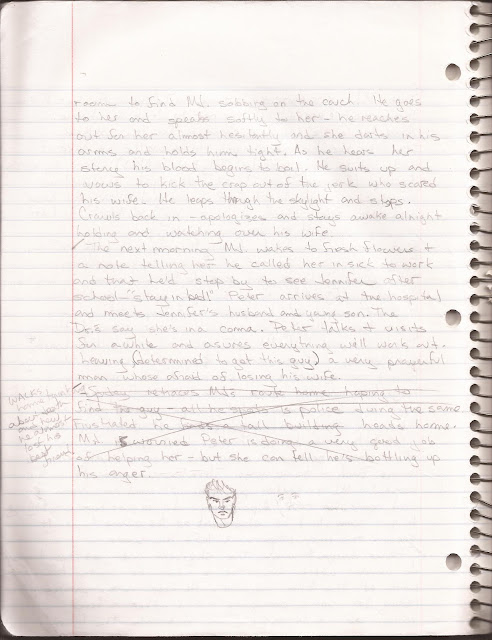 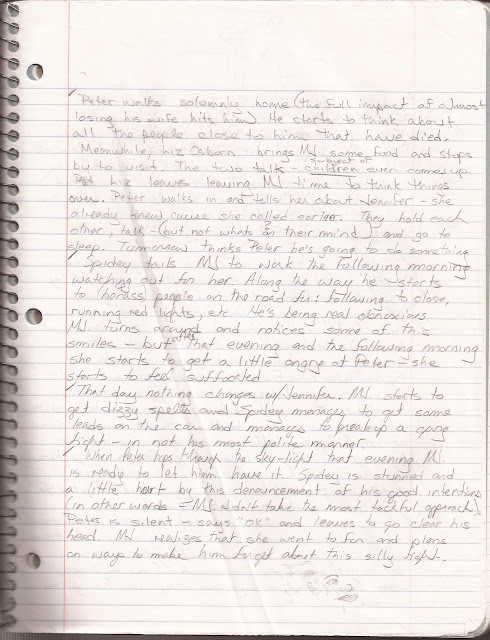 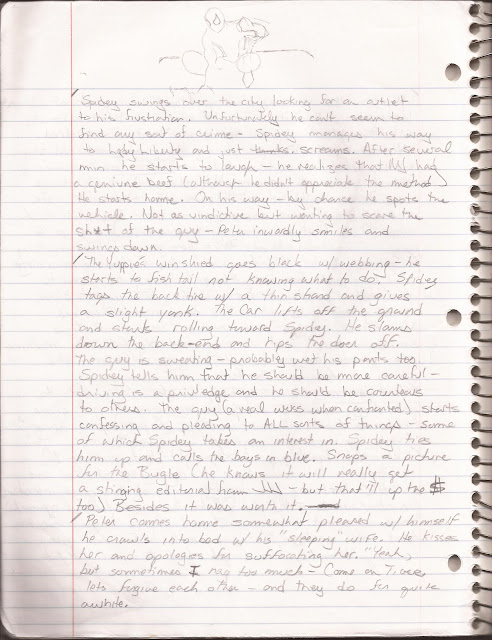 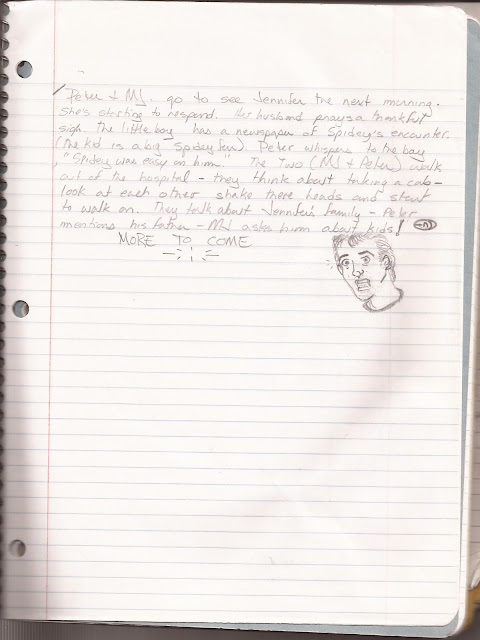 Here's the script (I didn't get very far though). 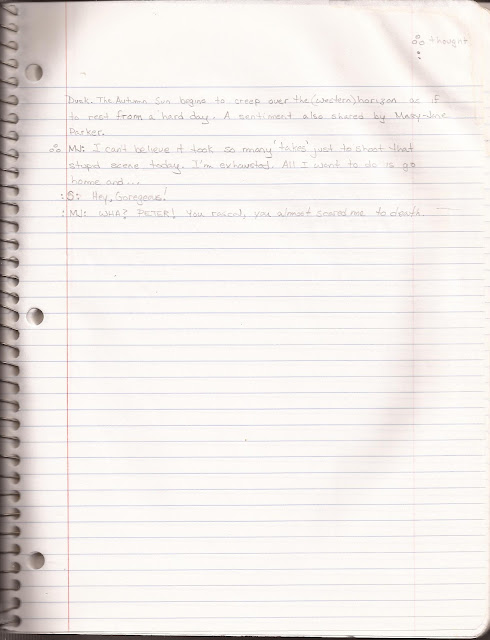 I would love to see how Mr. "Can I be sick too?" would script this story.

Here I'm storyboarding one of the action scenes. 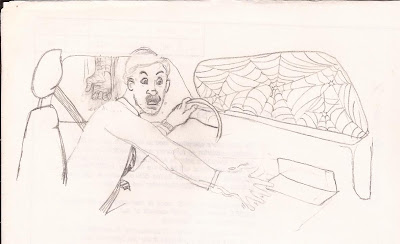 What did you think?  I'd love to hear some honest feedback on this. Don't be too harsh though, I'm not trying to pass myself off as a professional.

It would be fun to commission someone like Ron Frenz to work on this -- only if I had 20 thousand dollars!
Posted by Matthew at Saturday, July 07, 2012

Email ThisBlogThis!Share to TwitterShare to FacebookShare to Pinterest
Labels: What If We Made Comics