Last week we showcased DC all ages line to support the Batman animated series.  Marvel was a little slower to respond but in the late 90's they released their own kid friendly line of comics.  Dubbed Marvel Adventures it was kid friendly with one and done stories.  It didn't last long but as you'll see, the covers were alot of fun. 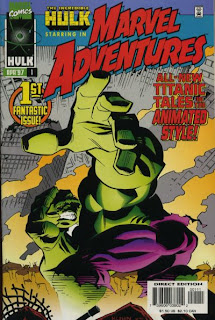 Marvel Adventures #1, April 1997
Pencils: Andy Kuhn
Inks: Andy Kuhn
There's something about this cover that really appeals to me.  Maybe it's the way that the Hulk's hand is reaching out as if to say "pick me up and buy me or Hulk smash."  Who knows, it's just fun.

See'em all below the break. 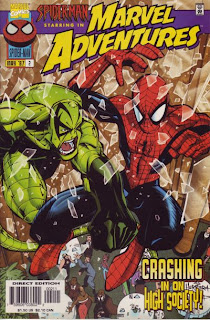 I think this is another great cover.  Remember this is an all ages book targeting at the younger reader?  With that in mind you have a large image of Spiderman, a little action with the breaking glass, and a clear shot of the villain.  It does everything it's meant to do which makes this a success. 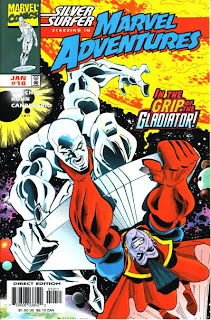 Pencils:Andy Kuhn
Inks:Andy Kuhn
I like how Marvel tried to use all their characters in the series.  There is no better way to build brand loyalty then to expose the kids to every character. 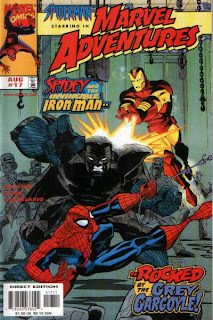 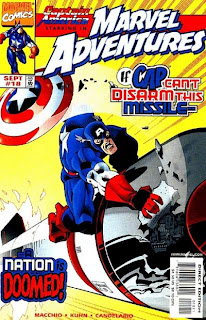 Pencils:Andy Kuhn
Inks:Andy Kuhn
Finally, a fantastic image of one of the most pivotal moments in the Marvel U.  Actually, it's just a homage to a pivotal moment but I think it does it well.  As an adult it makes me want to pick up the issue and find out what's going on.


That's all for this week.  Now go watch some football.