It’s no secret that I was raised in a comic book store. I attribute my strong early verbal skills to comic books as well as some of my sense of right versus wrong. All things considered, I think I turned out okay, and as a result I decided early on to share my love of comic book stories with my son. I thought I’d share some of the things that I’ve observed in regards to raising a child with comic books. 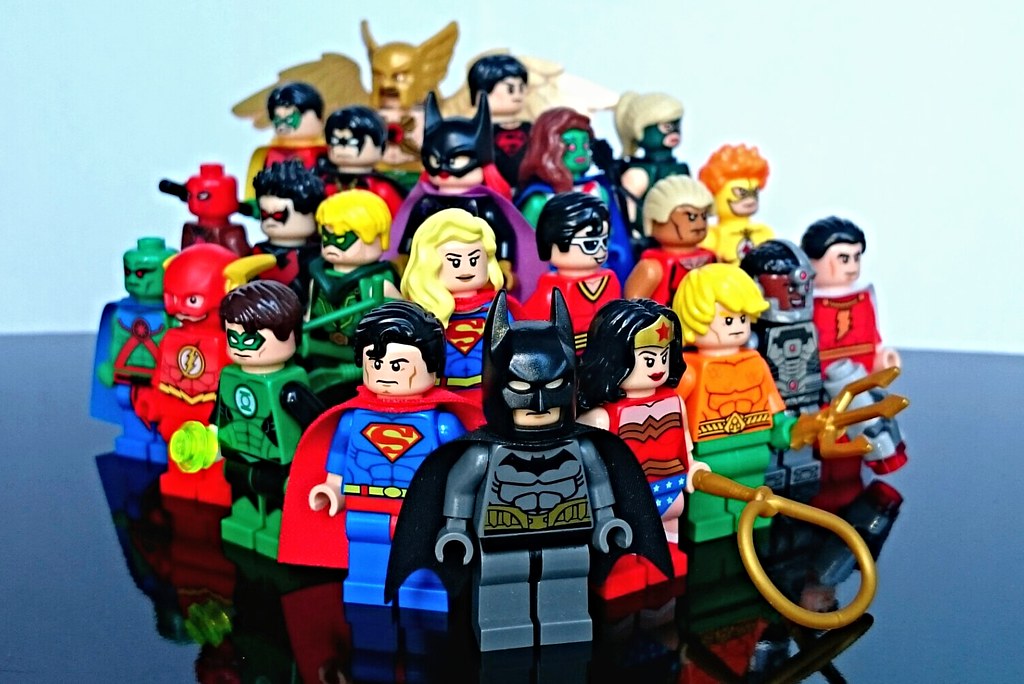 Justice League animated series (Batman and Superman as well) – these are some amazing comic book stories appropriate for ALL ages. These are some of the best superhero stories I’ve experienced AND they have the best animated version of the Legion in JLU. The Supergirl/Brainiac 5 romance alone is worth it.

Legion of Superheroes Animated Series – I dislike this series. They took my favorite character (Brainiac 5) and made him a lame robot. Ugh. I just couldn’t watch it. However, my husband showed our son the series and they enjoyed it. I actually love the idea of kid appropriate LSH material, but there is not a lot out there that isn’t older material. I expect my son will read my Archives one day, but we are going to finish reading A Wrinkle in Time first. As a side note the Legion does show up in the animated shows and the Lego material here and there – we do have a cool Cosmic Boy minifigure!

DC Superhero Girls (I both like this idea and am annoyed by it, I wish the boys in the show were less lame. I’d like my son to see everyone working together equally)

The new JL movie – my son loved this. As a bonus they were fighting parademons, pretty straight up bad guys. I’ve never let him watch Dawn of Justice because I didn’t want to explain why two good guys were beating the crap out of each other (same for Civil War).

Superhero novels (mostly Step into reading books) – these bore me to tears, but my son likes them

Batmobiles and assorted superhero cars – these never get old and my son acts out pretty elaborate dramas. He actually mimics the ethical dilemmas from his other stories sometimes.

There’s more out there, but that’s a decent starting list. Here’s some of what I’ve actually tried to teach him using superheroes and comic books:

This has been a difficult area to work with in regards to my son only being 5. He understands the basics of good versus bad behavior but a lot of the more complex dilemmas are hard for him to grapple with at the moment. I’ve found that I run into some gray areas with stuff like Batman. We’ve had to talk about the differences between when it’s okay to fight and when it is not. We, like many other parents, started off with the blanket rule that hitting is bad. However, obviously, Batman and a majority of the other heroes hit. So, then you have to explain that they are hitting bad guys but that doesn’t really work that well. Eventually we explained that they are hitting bad guys to protect other people. The rule had been that hitting is bad unless you are protecting yourself or other people – and that we should ALWAYS try to get help first.

The one thing I found to be extremely helpful was using a lot of the Lego superhero material. Since it is geared towards kids (mostly) the messages are a bit clearer for a younger age group. Flash has to learn how to slow down and make a plan, Batman has to learn how to work well with others, the first rule of being a ninja (Ninjago) is a ninja never quits… good, easy to understand lessons for kids.
Beyond the Lego material it’s surprisingly difficult to find kid appropriate comic book material these days. The more adult-oriented material has a lot of mixed messages that are harder for a 5-year-old to understand. The older JLA and JLU animated series is great, but some of the newer animated series can get a bit dark. As far as actual comic books it’s nearly impossible to find anything that works. There’s Mouse Guard, Tellos, and other non-superhero stuff but as far as mainstream comics they all cater to adults only it seems. Which leads me to teaching reading using comic books – and also back to Lego again.

Given the sparseness of kid appropriate (and non-crappy) superhero comics I had to find an alternative. Luckily Lego Ninjago comes in graphic novel form! I started picking these up for my son and he fell in love with them. The reason I use these rather than a multitude of other kid appropriate graphic novels is because my son already recognizes the characters. He enjoyed Tellos, but he couldn’t figure the stories out on his own as well. The Ninjago graphic novels are side stories based off of the TV series (except the Dark Island Trilogy, which is a stand-alone storyline). My son can interpret most of the story from the pictures and it has motivated him to learn how to read. I didn’t realize how much this had improved his skills until we started a 100-day reading program.

We have been using the Distar 100-day reading program and are currently on day 46. Part of the program includes picture comprehension that is based on the readings. My son caught on to this part of the program faster than I expected, and I realized it was due to reading graphic novels. He had gotten used to merging picture and word comprehension.


Again, he is more motivated to read when he recognizes the characters, he is able to use the pictures as context when he’s struggling to read a word, and he has picked up some of the more advanced words just because they are used fairly frequently in line with comic book lingo.

This is a surprisingly easy area to build on, if nothing else to teach someone how not to handle their emotional issues. Due to the nature of superhero-ing the characters often struggle to deal with powerful emotions so when we read comic books I often ask my son to explain why someone is acting a certain way. He can tell me that Batman is sad and misses his parents, and he can tell me that Wonder Woman doesn’t like to see people get hurt so she wants to help them. It’s been a pretty good tool for early explorations of human emotion and reactions to emotional states.


And lastly, Discipline with Comic Books

Bad guys go to Arkham Asylum. Knowing this is usually enough to convince my son he doesn’t want to misbehave, haha. If things get really bad we can always introduce the Phantom Zone!

If you've made it this far, thanks!


I will now shameless plug my archaeological research in Pompeii - please share, and (if you can) donate :) Archaeologists help prevent powerful artifacts from falling into the hands of evildoers, support Archaeology!


Oh, and just in case you were wondering, here is Cosmic Boy with Lego Gwen (archaeologist) and Lego Jen (chemist) exploring the Ninjago lighthouse. Because it's awesome. 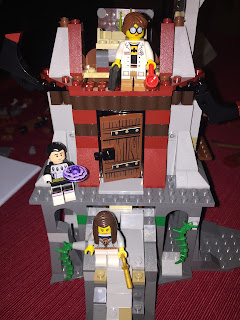