The Legion of Super Heroes are Jerks 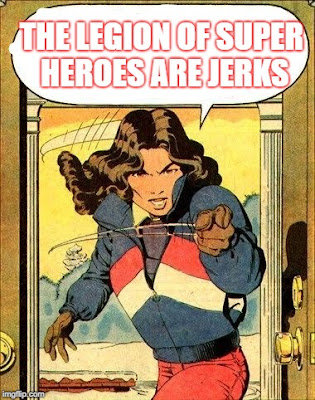 What, The Legion of Super Heroes are jerks? Kitty Pryde why are you saying that? I love the Legion of Super Heroes. The Jim Shooter era to the Paul Levitz/Keith Giffen era and even loved parts of almost every other incarnation of the group. They were leaders, heroes and willing to sacrifice life and limb to protect the Universe. But jerks?

Wait I think I know what happened she must have started reading the Silver Age Omnibus Volume 1 of The Legion of Super Heroes. Now that I think about it she is right, not only are they jerks, they are misogynist pigs and pretty darn mean spirited at times.

A little background before I validate my point. I have loved the Legion forever but it has been a long time since I have re-read their adventures. In fact, I have passed on my Legion archives to my daughter. One day I expect her son to maybe read some of those stories. On a whim, I picked up the Omnibus edition. It’s not my favorite format for collected editions. They are too damn thick and the binding and spine take a beating as you read them. I’m not planning on selling it later, so I guess it doesn’t matter.

I still read plenty of current stuff from Black Hammer, Grass Kings to Tom King’s Batman and more. The current stuff can be awesome. Still, I fell in love with comics as a child and still love rereading the old books. Often it is stuff I barely remember (if at all) which leads me to the Legion being jerks - and worse.

I remember much of the early Legion stuff as I have read it both as a kid and in the Archives. All of those readings were years ago. Reading through the Omnibus, I found I did not recall many of the early appearances of the Legion in Superboy and elsewhere. It was a time that DC was playing with the concept. Continuity from appearance to appearance was weak, to say the least. Heck, often the Legion was referred to as being from as far in the future as the (gasp) the 21st Century. The stories I will refer to started in 1958 and go up to about 1963. It was a far different world and comics were being written for adolescent boys. As time has progressed the attitudes and feelings we have as a society have changed. Often older books (my favorite being some of the Romance comics) are unintentionally funny or dated as hell. However, what struck me with the Legion is that they truly were jerks and often misogynistic. I’m laughing as I type this as the Silver Age Legion is almost a history lesson for how the prevailing patriarchal society thought. Hopefully, having raised 2 brilliant wonderful daughters, my views are a little more progressive.

My first example of how the Legion were jerks and a tad misogynistic comes from Adventure Comics #247 in 1958, also the first appearance of the Legion. During Superboy’s initiation test he has to beat Saturn Girl in a task. Not only does Superboy lose to Saturn Girl, but he is beaten by a girl. Not too condescending Cosmic Boy. 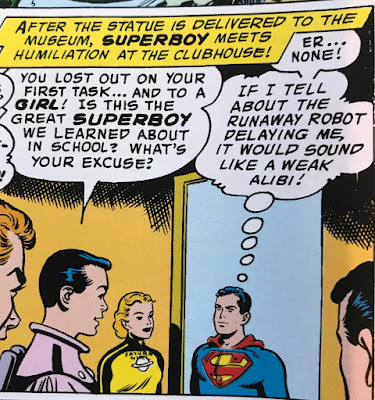 In that same issue Cosmic Boy tells Superboy he is being rejected from the Legion. No patting Superboy on the back or offering encouragement. Instead, there is just laughter and derision. Cosmic Boy is quite the charmer.

Next, we move onto Adventure Comics #267 from 1959 and the second appearance of the Legion. Here we see Superboy complementing Saturn Girl on a job well done. Is Saturn Girl gracious and appreciative of Superboy’s polite remarks? No, no, no -Saturn Girl basically kicks his teeth in with her snide remark. 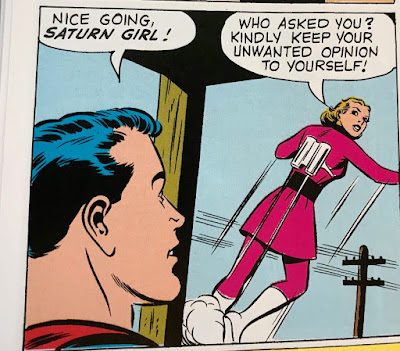 The Legion is so mean to Superboy in this issue that he starts to cry. Damn, these guys are just harsh. 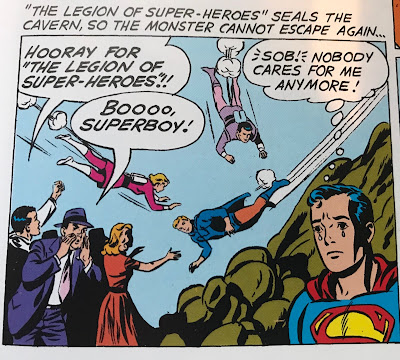 Let’s jump ahead to Adventure Comics #303 from 1962. The Legion is now a series and often gets the cover. Now, these two panels are just plain disturbing on many levels. Why is Chameleon Boy acting as Cosmic Boy’s wife when the Legion at least had established multiple female members, including Triplicate Girl? It is Chameleon Boy’s request and warning to Cosmic Boy and Cosmic Boy’s huge over reaction which just lends all kinds of creepy to this scene. I can imagine this scene being written in many different ways, but points to Chameleon Boy for transforming with a purse and pearls. It may be the future but the writer’s and artist were not futuristic. 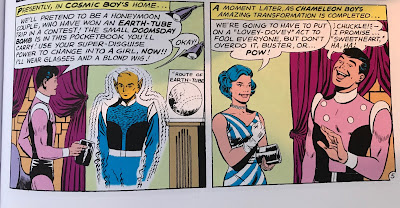 Adventure Comics #306, published in 1963, introduced The Legion of Substitute Super Heroes. Theabsurdity of this group is only outdone by the Legion of Super Pets. At this point the Legion has notreally racked up any sort of impressive list of accomplishments, so the need for a group of rejects secretly backing them up was pathetic. This scene shows poor Polar Boy being rejected because asshat Sun Boy thinks he may accidently freeze someone at a critical moment. Like Sun Boy can’t burn someone at a critical moment? Plus Bouncing Boy, Matter Eating Lad, and Triplicate Girl made the cut and ability to broadcast super cold is a loser? 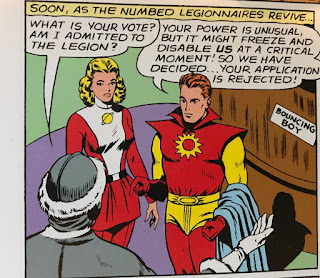 The Legion of Substitute Heroes was truly the target of epic jerk moves in Adventure Comics #311, also from 1963. In this span of 4 panels they are called blunders, stupid, and failures. No wonder they subs look a little depressed going back to their headquarters 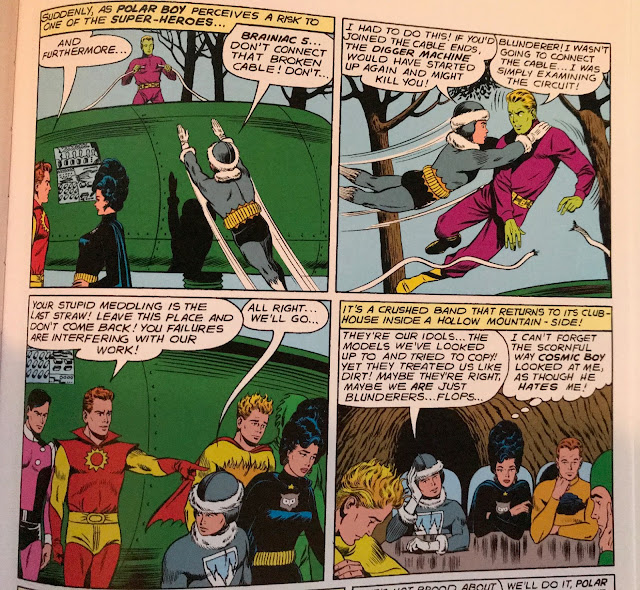 In the same issue Sun Boy certainly shines as a class A dick, telling them to disband or the LOSH will force them to. Of course, I know that was a group of aliens pretending to be the Legion, but the fact that the subs had no clue tells you these guys could be total jerks. 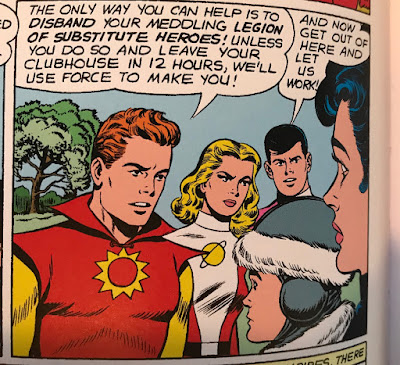 Last but not least, this panel shows the Legion was pretty fatalistic and willing to write off members quickly. In Adventure Comics #313 (again from 1963), the guys were taking it pretty calmly that the girls were dying. Since they are doomed they might us well send them off world and let’s hope for a cure. 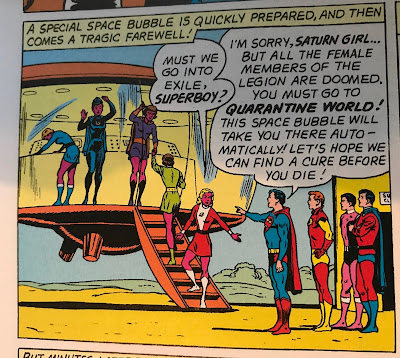 There is plenty more where that came from in these early stories, but I love the Legion and I am just having fun with stuff that hasn’t aged very well. The Shooter Era changed all of that, but he built on the foundation that was created by the writers who came before him. The Legion would struggle as a series over the course of many years and right now we have been without a series for way too long. I hope DC finds a way to do the Legion again with the right creative team. Long Live the Legion.