Comic News that Excites Me: Part One (DC Comics) 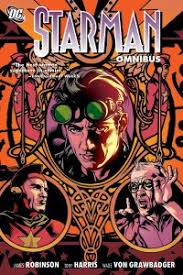 Growing up, I was more of a DC Comics fan than a Marvel one. That doesn’t mean I didn’t like Marvel Comics though. Spider-Man was my first jam and later Daredevil helped me find the first lapsed Catholic hero I could identify with. But DC Comics held my favorite heroes: Wally West, Jack Knight, Superman, Robin (Tim Drake), Nightwing, Zatanna, Donna Troy, Kyle Rayner, Oracle, and many others. Not to mention the Vertigo comics and all of the lovely mature titles that taught me comics could be so much more than superheroes.

In recent years, DC course corrected their much-maligned New52 with the better-received Rebirth. Essentially, it was the publisher getting back to basics in what made the characters great to begin with. Some of the new stories were derivative, and yes, they tried to eat their cake and have it too. There are two different Wally Wests now, Wonder Woman’s origin was rebooted again, Batman is both a loner and a leader of an army of vigilantes, and so on.

If I had one complaint during this time, it is that they are merging the Watchmen characters into the DCU over-arcing story. I have feelings about this “creative” choice that run deep to the bone and leave bile creeping in the back of my throat. This is not the time or place to air those thoughts however. 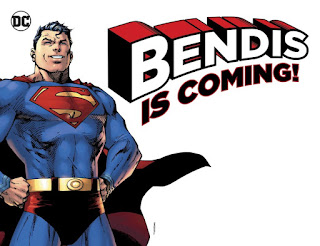 Instead, I want to talk about the things on the horizon at DC Comics that excites the comic fan in me.

The first exciting news is that Brian Michael Bendis is coming to DC Comics and taking over Superman. He’ll be contributing to Action Comics #1000 and then he will write a Man of Steel mini-series that will dovetail into him writing two monthly Superman books. The very news of this has echoes of John Byrne all over it. Byrne relaunched Superman in the late 80s in much the same way, though he also provided art for one of the monthlies. Byrne’s relaunch remains my favorite version of the character. Clark was humanized more. His origins were streamlined and made modern. In many ways it was my favorite version of Clark as it was Superman.

I’m excited to see what Bendis brings to the table. I think the move was good for him creatively and will be good for the company. Bendis’ run on Ultimate Spider-Man is still my favorite version of the character up through and including the change to Miles Morales. His work on Daredevil was magnificent, even if he never quite wrapped his story up neatly. His Alias comic introduced Jessica Jones, probably his best creation at Marvel, though Miles is a close second. I’m really looking forward to what Bendis does with Clark. For the mini-series (which runs from the end of May through June), the title will have a different art team per issue. Bendis will be joined by artists Ivan Reis and Joe Prado, Evan “Doc” Shaner, Ryan Sook, Kevin Maguire, Adam Hughes, and Jason Fabok for the six-issue mini. That is a fantastic group of artists. I think I've already talked myself into getting every issue of Bendis' Superman run. 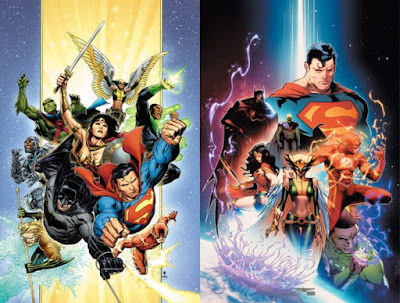 Another thing I am excited for is the just announced relaunch of Justice League from writer Scott Snyder and artists Jim Cheung and Jorge Jimenez.  The lineup of characters from the outset harken back to the Animated Justice League series. The team will be made up of Wonder Woman, Batman, Superman, Flash (alas, just Barry Allen), Martian Manhunter, Hawkgirl, Jon Stewart, Cyborg, and Aquaman. This sounds like a great relaunch. I may just have to pick it up, and I usually stay away from JL team books as a rule.

Probably the most unexpected book on the horizon that I’m excited for is Plastic Man by Gail Simone and Adriana Melo. It’s a six-issue mini, but I’m hoping it does well enough for more. I’m kind of hoping Simone hits the same kind of dark fun she had with the Secret Six on this title. I’m a Plastic Man junkie, so I’m definitely down for him to make a return. 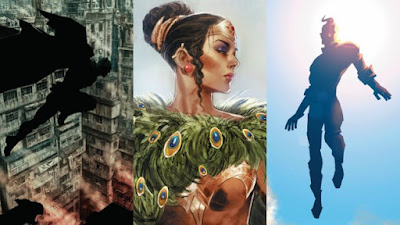 The Black Label is another recent announcement that gets me giddy about DC Comics. This is essentially a new imprint allowing big named comic talent to work on out of continuity stories featuring favorite characters. One such title is Superman: Year One by Frank Miller and John Romita Jr. and that is a creative team I am down to read. Their Daredevil: Man Without Fear mini-series is one of my all-time favorites. John Ridley will be writing The Other History of the DC Universe book. There is a Wonder Woman story coming from writer Kelly Sue DeConnick and artist Phil Jimenez called Wonder Woman Historia: The Amazons. Brian Azzarello and Lee Bermejo will reunite on Batman: Damned that has Batman and John Constantine teaming up following the Joker’s apparent death.  The possibilities are endless and the imprint is very reminiscent of the Elseworlds books, though the effort appears to focus on creators just telling the best stories they can outside of continuity, rather than put the characters in extremely unfamiliar settings. This seems like a real winner of an idea.

DC Comics has rebounded quite a bit from company-wide errors in their direction the last five to ten years. Recruiting big-named talent, giving Bendis a chance to reinvent the Man of Steel, and putting out more comics that I want to read put this reformed comic book reader in a very good mood. I hope it excites you too.