Comic News that Excites Me: Part Two (Image and Marvel) 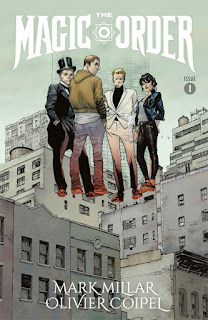 There simply isn’t enough Marvel Comics news/announcements that excited me to have a separate column dedicated just for Marvel. Therefore, I’ve just included them into my second column here. These are a handful of recent announcements/news/solicitations that caught my eye. Image leads the pack because of course it does.

The first is The Magic Order, a mini-series from writer Mark Millar and artist Olivier Coipel. The premise is that five magician families come together to protect the world from magical monsters and the like. I expect there will be some interesting characterization (there always is in Millar’s work), and I expect this book to be fun. Millar’s work in recent years tends to be geared to the high concept/probable adaptation into other media. I don’t have a problem with this, and when he’s on, Millar is on. With Coipel on the art, this one might be a winner.

Stellar is a comic I am very interested in. Joseph Keatinge writes the series with art by Bret Blevins. The title character was taken as a child, transformed into an ultimate weapon, and now she travels the cosmos as a bounty hunter, looking for peace or redemption. I like the premise and the cover is gorgeous. I also think Keatinge has a unique voice as a writer. I'm curious how Blevins style has evolved. It is definite something I will check out. 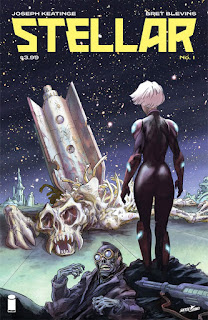 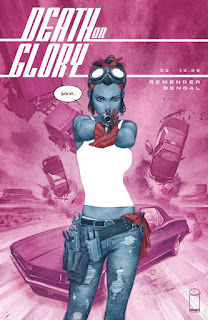 Death or Glory is a title I am extremely curious about. The main character is Glory, a truck-driving girl living a nomadic lifestyle, who has a loved one that ends up in need of expensive medical care. She gets wrapped up with the world of organized crime to try to pay for the care and chaos ensues. I like the idea of a character "living free" and finding herself oppressed by the need to help a loved one. It's like a character having a version of a happy ending (she has the life she wants), and needing to throw it all away in a selfless act. Rick Remender writes and Bengal illustrates the book. Color me interested. 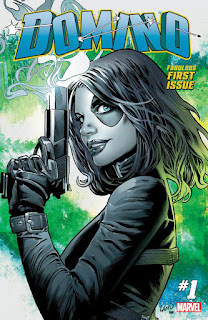 Last column, I spoke of my excitement of Gail Simone writing a Plastic Man mini-series. She is also writing a new Domino comic with art by David Baldeon. With the anticipated release of Deadpool 2, there may be a renewed interest in the character, and I am interested to see what Simone and Baldeon do with her. It also marks Simone’s return to Marvel. I’ve run hot and cold on Simone’s work previously, but I’m always on a lookout for another comic of hers as good as Secret Six or Leaving Megalopolis. Here’s hoping Domino is wicked fun!

Finally, Nick Spencer and Ryan Ottley are taking over The Amazing Spider-Man. I am not a huge Spencer fan and his recent Captain America run proved extremely polarizing. However, Ottley is one of the best, underrated superhero comic artists, coming off of an amazing run on Invincible. He draws superhero fights like nobody’s business. I may try this for the art and hope the story grabs me. I can’t read a comic just for the art, but I will give it a shot and see what happens. Who knows? I could end up loving it. 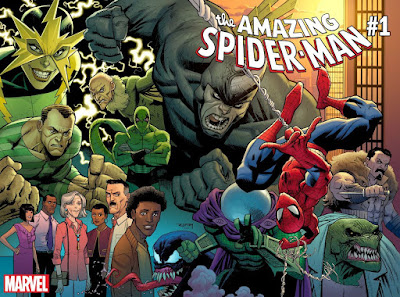 I am sure there are many other titles I missed, and there’s a chance some of these may disappoint me or simply not be my thing. Part of being a comic fan, though, is stumbling across titles you didn’t expect to love (hello Shirtless Bear Fighter!) and taking a chance on something.