And taking a sharp turn from two weeks ago's kid friendly recommendation I’m recommending two limited run books that are very adult. One is just beginning it’s run while the other has just finished. 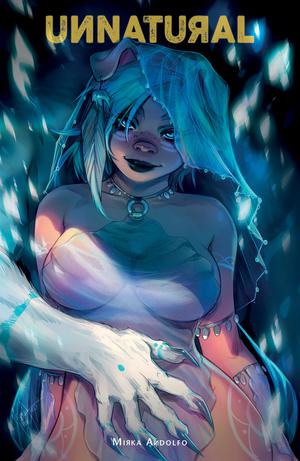 Unnatural features rather sexy anthropomorphic animals that have had some reviewers and interviewers compare it to the wonderful and explicit Omaha the Cat Dancer by Reed Waller and Kate Worley. Andolfo doesn’t think the comparison holds beyond the sexy and anthropomorphism, and so far I tend to agree.

Leslie is a literal pig and the lead. Where sex between species was common and inconsequential in Omaha, it’s forbidden in Unnatural. After one issue we don’t know why, but in this world there are two great sins. One is sex outside of your species. The other is same sex relationships. Both interfere with the government mandate for procreation of the many species.

Leslie has two big problems in this life. She’s fantasizing in detail, and with increasing frequency, about sex with a wolf. She’s also just turned twenty-five and is unmarried. The former she can keep to herself, though she has shared with her roommate, but the latter means the government can now pick a spouse from within her species for her. And that’s where the first issue ends.

The book has the always reliable hook of sex, but like Omaha, there’s a lot below that surface. It’s a story about race, sexism, homophobia, and fascism disguised as religiously sanctioned truths. In other words, perfect for our time in America. I’m looking forward to seeing where it goes.

Just ended is the five issue run of Mat Johnson’s and Warren Pleece’s Incognegro: Renaissance, published by Dark Horse under its Berger Books line. This is a prequel to their Incognegro graphic novel that saw Zane Pinchback, reporter for the The New Holland Herald, pass as white in the Jim Crow South to write about lynching. 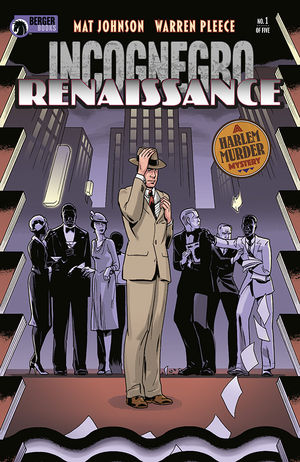 This story takes us back to Zane as a cub reporter, broom closet for an office and all, who pushes to pursue the story of the death of an up and coming black writer at a party celebrating the publication of a once great white writer’s first book in many years, with the assistance of the now dead young writer. As you might surmise, this one is set in the Harlem Renaissance.

Issues of race are forefront, of course, but homophobia, sexism, police corruption, and corporate malfeasance appear as well. We learn how Zane learned to pass in the later story. We learn about the presumptions of white supremacy and white privilege. We learn how often those are willing to briefly turn a friendly face to others as long as others serve them but will abandon them, not in a pinch (heh) but as soon as it’s convenient. 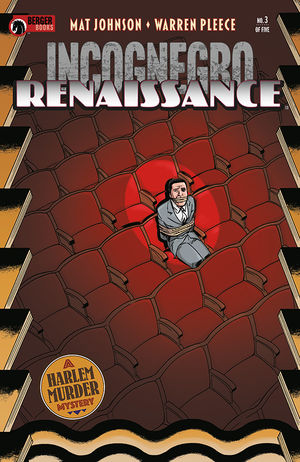 These are two very different books, but they effectively and entertainingly delve into the never ending issues that keep America from greatness, have always kept America from greatness, and now threaten to drown America in mediocrity at best, and perennial poverty of empathy and economics more likely.
Posted by Unknown at Sunday, August 05, 2018