Since the “One Year Later” jump Superman comics have actually been good for most issues and when you add All Star Superman into the mix, the biggest revival for me from DC maybe the return of Superman to being good and often great comics. At the same time they now have to fight for ownership of the character. I’m sure that Time Warner will pony up significant bucks to keep the rights and then build in some sort of annuity stream for the heirs of Siegel and Shuster. To my knowledge there are no heirs for the Shusters, but the Siegel family certainly deserves to have a secure financial future from all that Superman has garnered Time Warner. 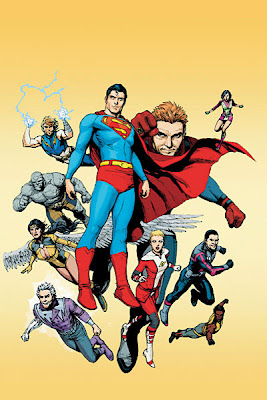 Action Comics #863 -Writer Geoff Johns, Pencils Gary Frank, Inks Jon Sibal Colors Dave McCaig. This was one of the best Legion adventures that I have read in a long time. Johns struck just the right note of nostalgia and kept it modern all at the same time. The Legion and Superman overcome overwhelming odds to save the day. The battle against Earth Man was very well done as he drops Superman to his apparent death, Brainiac 5 revives Sun Boy and Earth’s sun becomes yellow. Superman and Earth Man go toe-to-toe and the rest of the Legion joins in and they take Earth-Man down. Superman gets sent home and the Legion promises to rebuild once again. I signed up for the hardcover. Johns and artist Gary Frank have produced an excellent story and one that I want to own. This story harkens to many great Legion stories where we see great character moments, various team members chipping in with crucial contributions and fighting against a world that has been turned against them.
Walking Dead #48 – Writer Robert Kirkman, Art 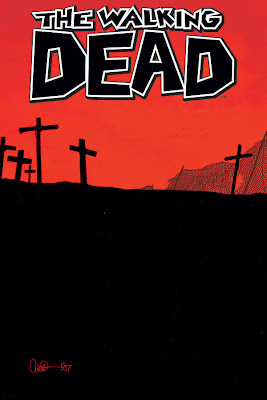 Charles Adlard, Gray Tones Cliff Rathburn. WOW. I mean just WOW. Robert Kirkman just turned this series upside down and has changed the entire book from what it was, to what it will become. When he killed Lori and the baby and the only people who seem to make it out alive were Rick and his son I was shocked. Everyone brought it this issue; almost every major cast member got whacked and finally the Governor also was killed. The prison home they had built is gone and for now Rick and his son Carl are out in the open and on their own. A few other cast members did survive, but not many. Talk about moving a story forward, this was it. A great issue. 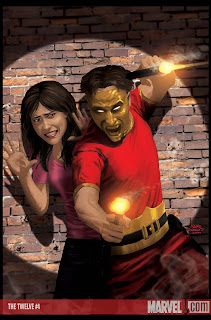 The Twelve #4 (of 12) – Writer J. Michael Straczynski, Pencils Chris Weston, Inks Garry Leach, Colors Chris Chuckry. We are only one third of the way through this mini-series and I’m already buying the hard cover. JMS is writing one of the better pieces of comic book fiction that I have read. He is using the Phantom Reporter character as his narrator and his eyes to view the rest of the cast. This issue Mister E. cannot handle living in the modern world and needs a place lead lined and far away from the noise of today’s world as he can sense too much of it. We find out he set up trust funds that have made him wealthy in case he was propelled through time. We learn the tragic tale of the Rockman and his overwhelming desire to go home to his people. We are not sure they exist, but they do in his mind so his tragedy is no less if it is a fantasy (or perhaps it is greater). The Black Widow is a scary creature and we are just starting to see how scary she can be, a beautiful woman on the outside, but a deadly demon on the inside. Chris Weston’s detailed style and ability to convey expression and tell a story are all on display and he is doing an excellent job. Between the writing and the art you are drawn into to these people’s lives and you really can feel for them. It is a sad tale at this point as these people are really time lost mystery men, who no longer fit into this world and are not really heroes in this world. A really well done series so far and a book I look forward to every month. 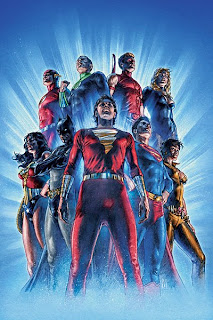 Trials of Shazam #12 (of 12) - Writer Judd Winick, art Mauro Cascioli. This series really has ended well. The story was a hero’s journey and Freddy proved himself worthy of being Shazam. What I found to be so good about this story is the uncertainty as to whether Freddy was going to win all the powers or being the shadow of what Billy had been. When Sabina gathered the forces of darkness to come and take over the balance of power, Freddy pulled together many of Earth’s mightiest heroes to help him stave them off. Freddy was willing to sacrifice himself and Sabina in order to stop darkness from winning. His guide Zareb reveals himself as Zeus and bestows all the powers of Shazam to Freddy. I love that DC is willing to move many of their characters forward and give us new people who will hold the title of these heroes. Since 52 we have a new Shazam, Atom, Blue Beetle and Question and I’m enjoying each one of these characters. We can always tell stories of the other heroes with that name of have more then one Green Arrow or Wildcat, but moving a new generation into the forefront is important to me. Overall a very good series with excellent writing by Winick and the artwork moved up a once Mauro took over. It they collected all 12 issues in a nice $30 hard cover I would buy it. 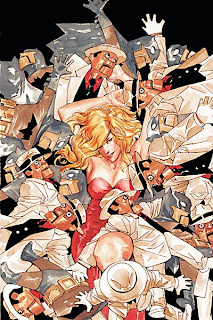 Detective Comics #843 - Writer Paul Dini, Pencils Dustin Nguyen, Inks Derek Fridolfs, Colors John Kalisz. This was another good story by Paul Dini. This issue is the first part of what looks to be a two part story involving the New Ventriloquist, Zatanna and Bruce Wayne. I say Bruce Wayne because he is more integral to the story then Batman. A new nightclub is opening in Gotham and someone is trying to take it out before it opens. Zatanna is offered an opening night gig that she takes to help Batman find out who is trying to take the club out. The owner is a mobster, so there is no real concern over his club, just Batman trying to stop a bad guy. It turns out to be the new Ventriloquist and she takes Bruce Wayne hostage. We find out that she is an old fiancée of Bruce’s but seems to be under some sort of hypnosis or something. This issue ends with the Dummy shooting his gun off at Bruce. We also have a conversation between “Z” and Bruce where she hints that a relationship between them might be something to pursue. Paul continues to enrich Batman’s rogue gallery and it seems that everyone since 52 has gone back to treating Batman as a real person again and giving him some semblance of a life beyond just being Batman. Dustin Nguyen is stepping up in his role as the regular artist on this book and is getting better with each issue. 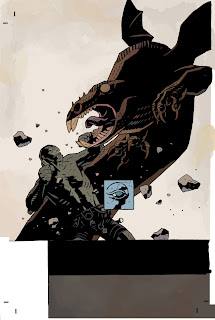 Possibly one of the hardest decisions I have had in recent memory as which books should be #1 for the week, but my deep and abiding love of the Legion won out, but Walking Dead equally deserves top billing and therefore both got full size cover treatment.
Posted by Jim at Tuesday, April 08, 2008