Hard Covers Collections That I Want to See

Most of you know that I love hard cover collections, but they still have to be the right stuff and with anything that moves being collected as a hard cover it is hard to believe but there is some material that has not yet made it as a hard cover. I mean the Kitty Pride and Wolverine mini-series is being done as a hard cover, so that leaves the gate wide open for anything to be put into a hard cover and yet stuff that demands to be done still lies around waiting, nay demanding to be done as a high quality hard cover. The following are some of my selections. 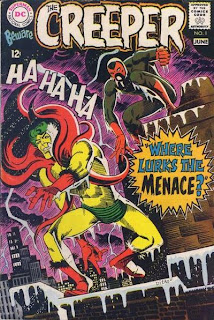 Creeper and Hawk and Dove by Steve Ditko for DC comics. Everyone always raves about Kirby leaving Marvel and going to DC and doing the Fourth World and other stuff, but how about Steve Ditko. I believe the Creeper series only lasted about six issues and Hawk and Dove also lasted a brief

timeframe. Steve was really pushing his philosophical viewpoint (he is an objectivist via Ayn Rand) and while it was not that heavy headed, the books did not last very long. I wondered if it was sales or some editorial issue as Creeper was in one issue of Showcase and then only six issues of a regular series. Still it is Ditko at his best and the stories themselves were highly enjoyable. Hawk and Dove could be added in to fill out the book as Ditko was only involved for a couple of issues and then purportedly his co-writer and he could not agree on how to do the book. Again some great Ditko art. My preference would for this to be an over sized format, not the absolute size but maybe more along the lines of the Marvel Premier size. High quality paper with quality color reconstruction and you would have a book I would buy for $60. 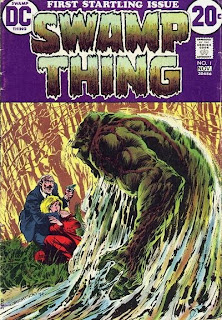 Swamp Thing by Len Wein and Bernie Wrightson . If I did my research right there were only ten issues done by Wein and Wrightson, which is the perfect size for a hard cover. Due to the time frame it was produced I do not know if an Absolute Edition is feasible, but at least the one up from the archives would be great as Bernie’s work needs to be shown in as much detail as possible. I understand that the reproduction may take same time as it is over 30 years old, but I can not imagine anyone not wanting to own this book. It was a great story and had some many great elements that have been used for years by DC and spawned numerous spin offs and was the character that got Alan Moore noticed. Again I would pay $60 for a high quality hard cover.

Swamp Thing by Alan Moore. This should be a no-brainer from 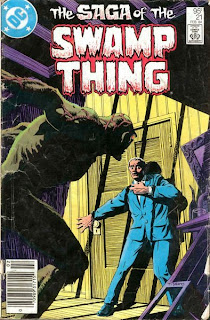 #21-#64 this was a seminal run not just for Alan Moore, but for comics in general. Alan moved comics into a different realm and the stories had a stronger feel to them and were more literate because of Alan Moore’s impact on writing in comics. He changed the entire character of Swamp Thing in one story when we all “realized” the Swamp Thing just thought it was human. The introduction of John Constantine and many other great elements were mixed into it. I know DC has done trades, so moving it to hard cover status should not be a big deal. Do a four volume series and publish at $30 each and you have one sale for sure with me. 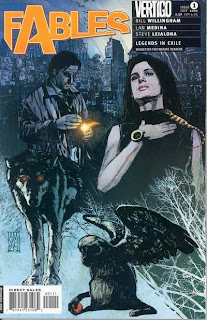 Fables by Bill Willingham. This is another no-brainer and the biggest mystery in the world to me is what the heck is DC waiting for in doing hard covers on this book. I know trade sales on this book are strong and the monthly series does fine, why are we waiting for the hard cover this long?If you use Sandman as a benchmark, they had the ten volumes of that book in hard cover being reprinted constantly. Now they are doing a four volume Absolute Edition of Sandman, which really was more of a format to showcase the artist, but Sandman still got that treatment. They could do one hardcover for each of the two trades and keep both in print for a very long time. At this point I wonder if they are not waiting to hit a certain issue number and then start publishing a deluxe hard cover every so often. Do this a slightly oversized format with two trades at a time, some nice extras in the back and do one every 18 months and we should be good to go. Price point may vary due to page count but $40 to $50 with quality paper would be a good price point.

Iron Fist the original run: This was reprinted in Essentials and that contained a lot of early 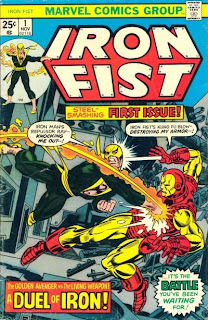 Claremont/Byrne work. I have a feeling that a Masterworks is in the works for this material, but that will require two volumes to cover the initial run. With the recent resurgence of the character in his comic and a lot of fun stuff from that early work now would be a great time to publish that material. Of course Marvel is publishing ever comic they own as a hard cover, so I guess if we wait it will hit the stands any time now. While I may pine for some of these hard covers Marvel does reprint a lot of their older catalogue of books, but often the reproduction seems to suffer. Still if done I would pay the Masterwork rate of $55 for this material in a hard cover. 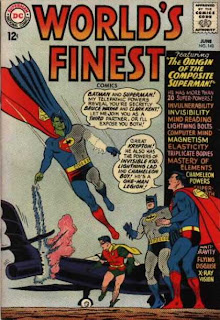 The Best of World’s Finest. DC has gotten stuck in certain archive runs as they have been obsessive about publishing every book in chronological order. Who would have thought that a group of comic book people could be locked into obsessive compulsive behavior? (Okay I have all my Masterworks on one bookcase in numeric order, but that just makes sense.) Anyway, what I’m looking for here is some of the greatest World’s Finest stories like the Composite Superman stories, Robin dying Imaginary Story and a lot of others that most often featured the fantastic artwork of Superman artist extraordinaire Curt Swan. They may miss a story or two that we each feel was a best, but this still would get this material out in hardcover in a quality reprint. Hell cull a ten volume series called the best of Curt Swan and sell each book for $50 buck with quality restoration and paper and I’ll be buying it.

The Legion of Super-Heroes by Paul Levitz and Keith Giffen. That era of the Legion 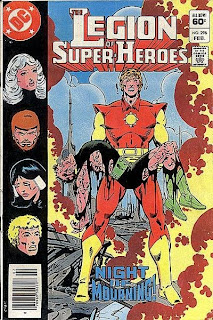 was the best the series ever was and this year is an anniversary year, should be an easy one to do. I wonder is Paul Levitz as the publisher of DC has not constantly said no to this as he may feel like it is too self aggrandizing, but that run which lasted a few years should be a nice series of hard covers. The Legion reprint run in Archives probably died off as the sales probably tanked when they hit that dead period in Legion history, again the chronological reprinting is not always needed. $50 price point for 12 issue each would be fine.

Okay there are a few more that I will just mention, Garth Ennis’ War Stories, which should include his Enemy Ace two part prestige format story. $60 price point.

Shield by Jim Steranko. It was only a few issues, but still do it up right and I would pay $40.

Avengers Kree/Skrull War . Some Neal Adams artwork is included in this story line and John Buscema, do it in an oversized format and charge $40.

Steve Englehart and Frank Brunner’s Dr. Strange. Should probably start with the Marvel Premier stuff and then continue to this run and do it as a Masterworks, so the $55 rate would be fine.

Magnus Robot Fighter – First 12 issues of the Valiant books with issue #0. But please do it right, not the way some recent Valiant stuff was done and then charge $60.

That is my short list that comes to mind and I hope some of this imaginary projects get made one day.
Posted by Jim at Thursday, April 10, 2008