Comic Covers Sunday: What the?!

Last week was a little too serious for me.  So this week we'll do something more humorous.  The Marvel satire mag, What The?!.  Enjoy. 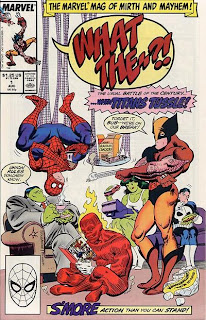 Inks:  Al Milgrom
It's an 'eh' cover but it is the first issue.  And I like Hulk acting snobbish.

No worries, there are better covers below the break. 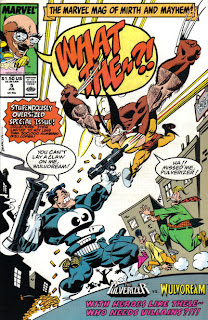 If there was ever a cover that summarized the 90's... or what the 90's would become it was this.  Nothing but Punisher and Wolverine everywhere. 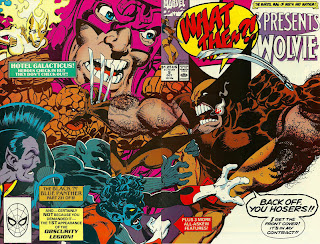 What The?! #9, October 1990
Pencils/Inks: John Byrne
I always enjoy seeing artists step out of their normal tropes.  In this case, Byrne does comedy. 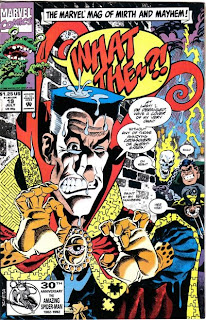 An awesome parody of Dr. Strange!  And a whole lot of truth too.  That guy can never get his own cover. 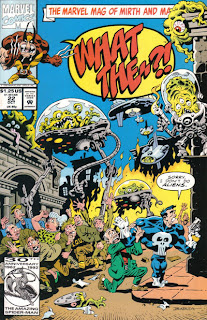 In honor of the Mars Attacks revival I had to mention this cover. 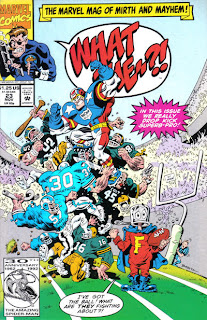 And one more cover than normal this week... because it's the NFL SUPERPRO!  You don't get better characters than him!

So, with that in mind, I want to thank all of you who rooted against the Ravens last week.  It worked perfectly.  So, let's do it again this week.  Booooo Ravens!