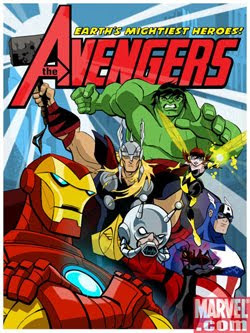 I owe my comics fandom to the X-Men cartoon that aired on Fox during the 1990’s. I was so enraptured by that show that I ran out and bought a comic where Magneto pulled the adamantium off Wolverine’s skeleton and I never looked back. I have a bit of nostalgia for that old X-Men cartoon, but even that can’t disguise a simple fact that is evident to anyone who watches 2 seconds of it: it is terrible.

This is a description that can attached to pretty much all of Marvel’s animation projects, stretching back to the 60’s. Even something like Spider-Man and his Amazing Friends is viewed through rose tinted glasses and doesn’t really hold up to much scrutiny.

Now, this did not make Marvel terribly unique once upon a time. There have been plenty of terrible children’s cartoons, and plenty of them have been based on comics. DC changed all that with their Batman cartoon in the early 90’s. It was unlike anything that Saturday mornings had ever seen. The look of Bruce Timm, the show’s chief artistic influence, defined DC’s animated projects for over ten years of some of the best cartoons that have ever been made. Period.

Marvel struggled to keep up, but fell woefully short with terrible cartoons, like the aforementioned X-Men and Spider-Man. However, that seems to be changing with Marvel’s latest effort: Avengers, Earth’s Mightiest Heroes. 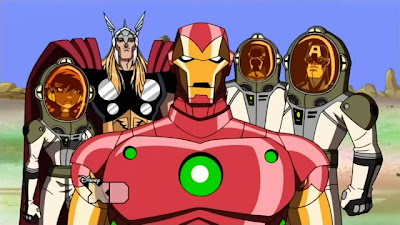 Ignore the show’s terrible theme song. It avoids the traps of previous Marvel shows by A) not talking down to its audience and B) looking fantastic. Airing on Disney XD (the first network name I’ve seen that incorporates an emoticon) it is clearly aimed at teenagers, this is a show that can easily be watched by Avengers fans of any age. The cartoon draws on everything in Avengers history, from the initial Lee/Kirby run to Bendis to the Iron Man movie. And when I say everything, I do mean everything. In addition to the roster of core Avengers, thus far we’ve dealt with the Leader, Baron Zemo, Man-Ape, Ultron, Kang, 2 Fantastic Four cameos, Kree, Skrulls, Wonder Man, Captain Marvel, Carol Danvers, AIM, Hydra, Baron Strucker, the Red Skull, Malekath the Accursed, and MODOK. Glorious, glorious MODOK. That they could translate MODOK in all his insane Kirby glory to the screen and still make him somewhat menacing is an achievement of the highest order. 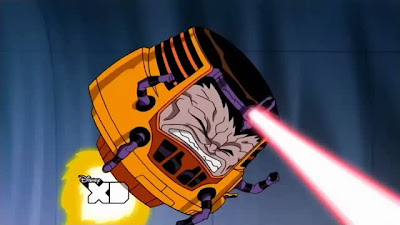 The show also deserves a great deal of credit for highlighting the Avengers that are less known by the public. Hawkeye, Black Panther, and the Wasp are particularly well served by the cartoon and I can see whole new generations of fans falling in love with these characters thanks to this show. 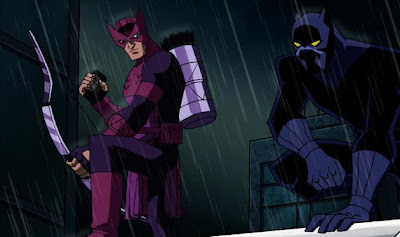 The show’s episodes are largely self contained, but there is a surprising amount of plot, and to a lesser extent character, development from episode to episode. Loki has barely appeared, but his scheming has been in the background of almost the entire 20 episodes thus far. The Kang three parter that served as the show’s midseason break was particularly epic, as Kang conquered the past to stop changes to the timeline and thus save his wife from being erased from existence. 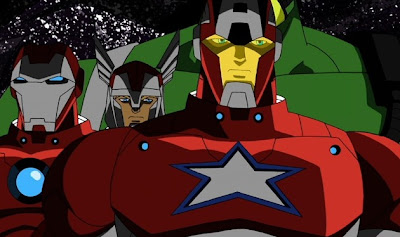 While it doesn’t have the defining visual style of that Batman cartoon, it still looks great. It’s simple, yet slick and works very well at capturing characters as diverse as the Wasp, the Hulk, Captain America, and Thor. The voice acting is not quite as exceptional as DC’s exceptional casting work on Justice League Unlimited, but it is always at least adequate and frequently above average. Eric Loomis, who plays Iron Man, deserves particular credit for not only sounding remarkably like Robert Downey, Jr., but transcending imitation and making the part his own. 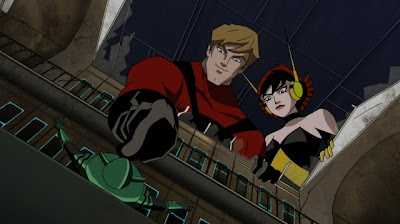 I tend to be extremely skeptical of Marvel’s animation work. That something like X-Men Evolution or Wolverine and the X-Men could be considered a step up tells you how dire their previous output had been. However, I can’t recommend this show highly enough. While maybe not yet hitting the highest highs of JLU, I think it stacks up very favorably and is definitely worth a look. Its taken decades, but Marvel has finally given Warner Brothers something to worry about.
Posted by Greg at Thursday, April 07, 2011