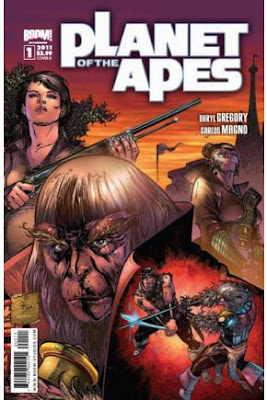 Even though Charlton Heston made his shocking damnation in the shadow of the partially buried Statue of Liberty two years before I was born, and the fact that I never saw any of the other POTA movies in the theaters (The awful 2001 film doesn't count), I LOVE the Planet of the Apes! Blame it on the MEGOS. I only had four : Doctor Zaius (aka Baron Zemo), General Ursus, Peter Burke (aka Peter Parker), and Alan Verdon -- all from the 1974 TV show. I can remember seeing some snippets of the show, but given that I was only 4.5 at the time, it must have been the MEGO commercials for the Tree House playset (which I never got [sob] -- see it at 1:20 in the video below) and the plethora of Ape toys in the Toys R Us aisles that fueled my fascination prior to ever watching a rerun of any of the movies. 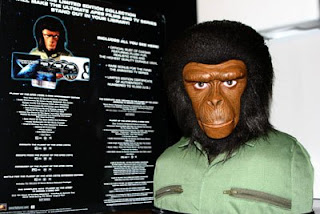 Whenever I got around to seeing the films, Roddy McDowall (Cornelius/Galen) quickly became one of my favorite actors (I remember watching him in Fantastic Journey too). I love the time travel aspects and the paradoxes of the series. My favorite film is Conquest of the POTA and when I purchased the DVD boxset, I bought the one with the lifelike Caesar bust (and you've seen it already if you watched the Living the Dream video -- I told you Caesar was watching).

There have been many POTA comics over the years. Of course there were the movie adaptations by Marvel in both comic and B&W magazine format as well as a host of who-knows-what continuity comics by various "independent" (non-Big Two) publishers. The most recent was, The Revolution of the Planet of the Apes, published five years ago by Mr. Comics, which told the story immediately following the Conquest movie. It was excellent! I really think the key to a good POTA comic is firm ties to the film chronology. Luckily, the new BOOM series does just that!

If you recall the end of the fifth movie (Battle of the POTA), we were left with a hopeful scene of the humans and apes "living in perfect harmony" and being taught by the orangutan Lawgiver. It was said to have taken place circa 2680 (or so) about 600 years following the flashback story with Caesar. I'm not certain, but it appears that we could be starting this series at the tail end of that very scene (Although, I'm sure the Lawgiver gave more than one lecture). It doesn't really matter to me, but the important thing is it evokes the same image and immediately connects you with the film, which makes what happens next all the more powerful. 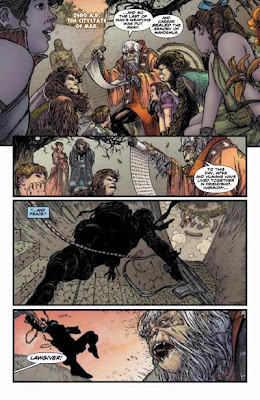 The Lawgiver is assassinated by a human (working for a bomb-worshiping mutant priest), disrupting the delicate "peace" between sapiens and simians. I always wondered how you could have that happy scene in film five and then 1200 years later have humans being hunted like animals in the first film. That's where the theories of circular and linear/alternate timelines come in, which are fun to think about. Obviously, this series seems to be taking the circular approach, so we're seeing what leads up to Taylor's discoveries. One of the new developments is that the humans are starting to be born mute (I hope they come up with a rational explanation for this, but it has to happen sometime, so it could be due to lack of use, malnutrition, genetic engineering [okay, maybe not that in a primate society]).

Considering that the Lawgiver is the only "known" character and he's gone by the fourth page, Gregory has created a lot of interesting new characters. He's also greatly expanded upon ape society and immediately we have a well-defined class system rife with political intrigue and racism with building tensions. I really like the deteriorating relationship between the Lawgiver's two grandchildren: the ape, Alaya and the human, Sullivan -- both leaders of their people. All the details flow naturally from the story -- nothing is introduced via narration -- you just get it as you go along. You can tell that Daryl's really thought this all out and he's established a fully developed internal history (like Tolkien did).

Sometimes you can have a good concept, but the art may be only serviceable, especially on more niche properties (like Warlord of Mars). Well, let me allay any such notions, because Carlos Magno is PHENOMENAL! I could hardly believe that the stellar art on Cover B matched the interiors as well. The colors by Juan Manuel are equally rich and complement the inks perfectly. The detail reminds me of a cross between Mike Kaluta (Conan the King #20 -- that was a great political storyline too) and Gary Frank. The pacing and layouts are great. BOOM has assembled an incredible team on this book. 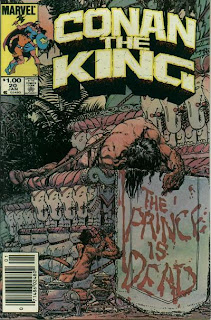 I believe that this series may jump around a bit telling many stories throughout the POTA movie continuity. I hope so -- as long as they don't do any spin-off mini-series. I'd rather see them rotate in a new storyline like Busiek did in "Born on the Battlefield" for Dark Horse's Conan. I have a hard time imagining that Magno can produce this level of quality month in and month out without a break. I also hope this will become a labor of love for the creators and that they won't be wooed away by the Big Two anytime soon. I want to see 10 years of this stuff AT LEAST! 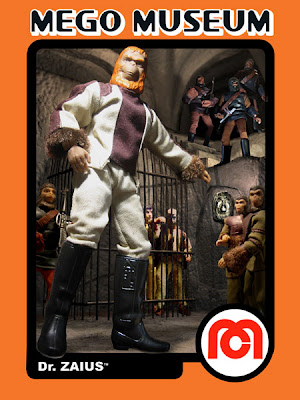 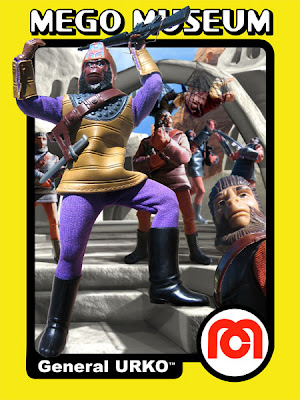 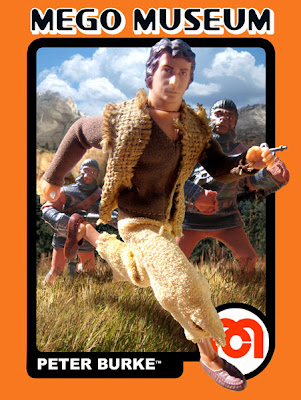 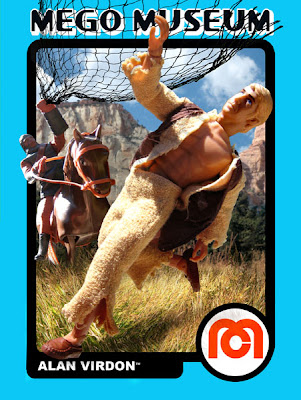 One of my favorite MEGO memories was playing with these figures on the Claremont Beach along the James River. It was the perfect post-apocalyptic setting and best of all I had one of those glow-in-the-dark necklaces from Kings Dominion, which made a great electric whip for Urko to use on the hapless humans.
Posted by Matthew at Saturday, April 30, 2011