So, another entry, another week without sleep. Seriously, there must be a rule written somewhere, in some ancient language, that states “Parents with children under the age of 10 SHALL NOT get 8 hours of uninterrupted sleep.” I can hear the giggles from the childless people reading this and I can see the nods from those with children. Those with children know I speak the truth.

I know exactly what you’re thinking, “What’s the big deal, Lee? It’s just a new bed.” I know this because I though the same thing. I thought this because logic would dictate that such an event would be pleasant and joyous. Yeah, I was wrong. 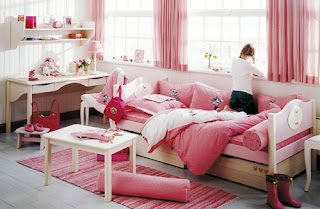 The whole process started months ago when we purchased a bed frame in preparation for the big move. We finally decided it was time to make the move and last week I purchased a mattress. We were going to wait until the weekend to assemble the bed but when I brought the new mattress the kids were all excited. Even Tiny was excited. There were squeals of delight and you would have thought it was Christmas morning with all the excitement. Thus began the “team” effort to disassemble the old crib and setup the new bed. That’s an adventure best described another day. But, it was done and Tiny loved climbing into her new bed. She immediately crawled in, pretended to sleep, and even practiced throwing her toys on the ground much to her siblings delight. A good time was had by all.

Being the kind and gentle parents that we are, we explained that she had to sleep in the new bed. We explained that everything would be alright and the new bed was lots of fun. She nodded and looked at us with eyes as big as saucers and half filled with tears.

So we loaded Tiny up with all her favorite small, pint sized stuffed animals: (1) elephant, (2) red dog, and (3) Angelina Ballerina.

FINALLY, we gave Tiny her blanket to snuggle with because she always goes to bed with that.

SOOOOO, were you keeping track? In case you weren’t, the two year-two month old is holding NINE items. Maybe holding isn’t strong enough. It was more of a "clutching in a death grip" kinda thing. Unfortunately, with her little arms, there was no way Tiny could hold it all.

So, goodnights were said. And kisses were given. The night light plugged in. And Tiny tucked in her big girl bed for the first time. 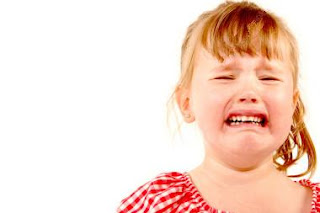 In less than five minutes, the first wail was heard "Mooooooommmmmmmmmmyyyyyyyyy."
And the wailing continued. And continued. And continued. I liken it to an air raid siren in the house... and air raid siren with no off button.
Luckily, while I felt bad for the child, my guilt at torturing her was placated by the fact that she only called for Mommy. Until... Tiny realized that Mommy wasn't going to respond. And then Tiny moved onto "DDDDDDaaaaaaaddddddddyyyyy."

Eventually, Tiny fell asleep. And, thankfully, she fell asleep in less than 2 hours. Wife and I had a wager and luckily I lost because I thought she was going to be up much longer.
BUT, Tiny did come for a visit at 2:00 am. You know, just to say hi. It consisted of a pair of little, itty bitty beady eyes staring at me over the edge of the bed saying “Daddy. Daddy”. And, once I peeled myself off the ceiling, I returned her to bed while the Wife went for gizzie that prevents small children from opening doors.
I miss sleeping through the night. Maybe I'll get some when she's a teenager... or maybe when she goes to college.
Posted by Lee at Wednesday, July 25, 2007