Indies Previews for March Part 3 of 3 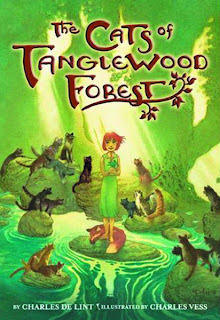 Little Brown And Company
Cats of Tanglewood Forest HC by (w) Charles De Lint (a/c) Charles Vess
The magic is all around you, if only you open your eyes. Lillian Kindred spends her days exploring the Tanglewood Forest, a magical, rolling wilderness that she imagines to be full of fairies. The trouble is, Lillian has never seen a wisp of magic in her hills - until the day the cats of the forest save her life by transforming her into a kitten. Now Lillian must set out on a perilous adventure that will lead her through untamed lands of fabled creatures to find a way to make things right. In this whimsical, original folktale, a young girl's journey becomes an enchanting coming-of-age story about magic, friendship, and the courage to shape one's own destiny. 288 pgs, FC, 6x8, $17.99
Lee: In summary, this is 288 pages of Charles Vess artwork. Need I say more?
Thomm: Kitten Quest? A small criticism of the promo, even though it’s a frequently used trope. If a person is shaping her own destiny, then it’s not a destiny.

6 more below the break and then we are done! 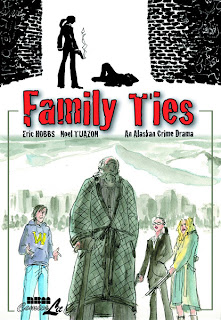 NBM
Family Ties by (w) Eric Hobbs (a/c) Noel Tuazon
The authors of the highly acclaimed The Broadcast are back with another pulse-pounding graphic novel. Hoping to secure a future for his children, an aging Alaskan crime boss looks to retire and divide his empire amongst his three heirs. But when his idealistic son refuses the inheritance, the old man disowns him. This turns out to be a fatal mistake when he sees his cold-blooded daughters use their new-found power and influence against him. Inspired by the classic play King Lear, The Godfather meets Shakespearean tragedy in this epic tale of betrayal and loss. 208 pgs, B-W, 6x9, $14.99
Thomm: Well, now that’s an interesting concept. Hell, just the idea of an Alaskan crime boss is entertaining. I don’t suppose I have much chance of being satisfied with a guest appearance of Sarah Palin, the best known Alaskan crime boss.Lee: The setting is really standing out for me too.  The usual Alaska stories are all about bears-wolves-some wild animal eating the lost hikers.  A crime noir set in a town that really can't be all that big is very appealing. 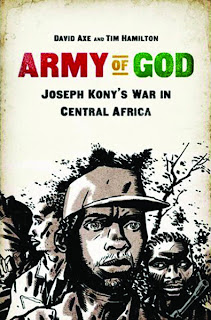 New Press
Army of God: Joseph Kony's War in Central Africa GN by (w) David Axe (a/c) Tim Hamilton
It started with a visit from spirits. In 1991, Joseph Kony, the leader of a Ugandan rebel group known as the Lord's Resistance Army, claimed that spiritual beings had come to him, instructing him to lead brutal raids against civilians supporting the Ugandan government. For all the horror and condemnation his brutality has aroused around the world, Joseph Kony still survives. Army of God tells the rest of the story, from the chaos Kony has left behind to the long campaign to defeat him for good. 144 pgs, B-W, 5.5x8, $14.99
Lee: Vertigo’s last Unknown Soldier series dealt with this exact topic so I find it interesting we are getting another book about it. The Unknown Soldier dealt with many of the issues tangentially while this looks to be more focused. I am sure it will be full of true war atrocities so be warned.
Thomm: Unknown Soldier was almost surreal with its protagonist’s hallucinations, but then again, it sounds like Kony has more than a few of those himself. I would like to know more of his story. What I know now is more demonizing than anything else. Not that he doesn’t appear worth of demonizing. 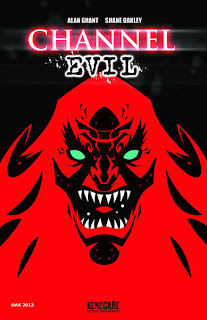 Renegade Arts Entertainment
Channel Evil SC by (w) Alan Grant (A/C) Shane Oakley
Jez Manson, slick chat show host, bites off more than he can chew when he channels an ancient source of evil live on prime time TV. Unleashing terror and carnage upon the world, Jez knows he's on the edge of the abyss but the lure of fame and fortune is too strong. Collects the 4 issue series, plus original and variant covers, 8 pages of sketches, and a new, unreleased 16 page strip An Evening With Ba'al. 136 pgs, PC, 7x10, $19.99 See previews here.
Lee: Last Friday, we had an interview with Alan Grant, you can read it here. But, this is the book in question and highly recommended. Order it now!
Thomm: I agree, this was a good horror read. 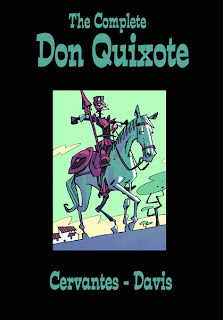 Selfmadehero
Don Quixote Complete GN by (w) Miguel De Cervantes (a/c) Rob Davis
More than four hundred years ago Spanish author Miguel de Cervantes (1547-1616) sent his irrepressible optimist of a hero out to tilt at windmills - and Don Quixote and his philosophical squire, Sancho Panza, still remain among the world's most popular and entertaining literary figures. In this adaptation of the Cervantes' classic, Rob Davis uses innovative paneling and an interesting palette to bring the Knight-Errant to life. This is sequential storytelling and art at its finest as we follow Don Quixote on his search for adventure and chivalrous quests - and he will not be defeated by foes such as logic, propriety, or sanity! 296 pgs, FC, 7x10, $27.50 Great review of the material here.
Lee: Selfmadehero is quickly becoming one of my favorite publishers. Based out of the UK, they seem to be gathering some of the best of the UK material along with English translations of Euro stuff. In this case we have Don Quixote, one of my favorite stories in illustrated form! I was sold before but then I read the glowing review and now I am definitely sold.
Thomm: I just finished reading Don Quixote a couple months ago, after a year plus long reading adventure. I’m looking forward to this adaptation. 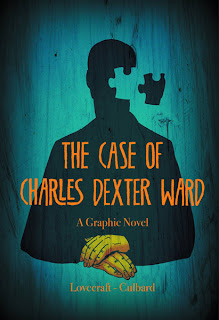 H.P. Lovecraft's The Case of Charles Dexter Ward GN by (w) H. P. Lovecraft (a/c) I. N. J. Culbard
Young Charles Dexter Ward is fascinated by the history of Joseph Curwen, his wizard ancestor of the 17th-century. Curwen was notorious for haunting graveyards, practicing alchemy, and never aging! Ward can't help his fixation: he himself looks just like Curwen. In an attempt to duplicate his ancestor's cabbalistic feats, he resurrects the fearsome Curwen - and then the true horror begins! 128 pgs, FC, 7x10, $19.95 A preview, in the artists own hands here.
Lee: I’m always interested in illustrated Lovecraft so this was an easy pick. Culbard has done several of these now so he knows what he’s doing. If you like Lovecraft then this is an easy pick.
Thomm: Another good horror read. Hard to miss with this source material, though. 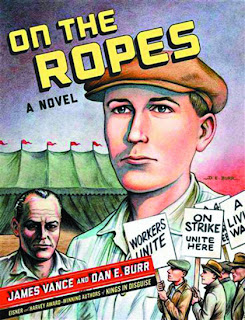 WW Norton
On the Ropes HC by (w) James Vance (a/c) Dan Burr
In this long-awaited sequel to the legendary graphic novel Kings in Disguise, a young circus hand gets involved in dangerous underground activity. Set in 1937, On the Ropes continues the story of Fred Bloch, now apprenticed to escape artist Gordon Corey, a star attraction in a traveling WPA circus. Though damaged by the Depression and haunted by past mistakes, each man holds the key to the other's salvation - but each also harbors a secret that could lead to their mutual destruction. Enacted against a backdrop of violent labor unrest and a nation's faltering recovery, On the Ropes is a breathtaking visual achievement that delivers a powerful, timeless story. 256 pgs, B-W, 8x11, $24.95
Lee: Vance and Burr’s first book, Kings in Disguise, was a masterpiece. It was really that good! Revisiting the same characters years later can be tricky but I think this pair can do it. This will be historical fiction at its’ finest.
Thomm: I’m reading this and thinking of all the crap Obama would catch of he had a program that had federally paid traveling circuses. Really, any book that looks at the Great Depression is a good thing these days, what with all the whining we have about a significantly less damaging Great Recession. With the track record of Kings in Disguise, this should be an excellent tale.


Thomm: Working the spectrum of reality perception, I’m looking forward to Kitaro and Fake Moon Landing. For a little dramatic reality, On the Ropes is the best bet for me.
Lee:  For me it's Don Quoxite.  The art looks too good to pass up and the occasional piece of classic litertaure will make me appear smarter than I already am.
Posted by Lee at Friday, January 25, 2013