I often think my last name should be Jim Contrarian as opposed to Jim Martin. The reason is that once I see everyone lining up on one side of an issue I’m inherently suspicious and prefer to look at the other side. 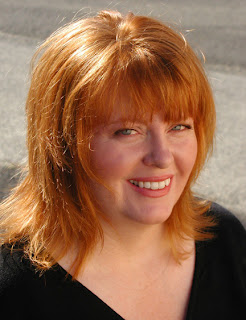 Now in the main comic websites I visit it appears that Gail Simone is a heroine in her own right and a living and breathing comic book goddess whose writing stands up there with Stan Lee, Alan Moore, Neil Gaiman, Gardner Fox, Grant Morrison and Scott Snyder. This has been proven by DC’s great reversal of rehiring her after kicking her off Batgirl, because that book has been universally praised as the best thing ever written, oh wait it hasn’t.

As with my diatribe on Hawkeye, let me make it clear that I like Gail Simone’s work on many books and I’m a supporter of her and Jim Califore’s Kickstarter project. It is just that I do not think Batgirl has been a very good book and I thought her run on Wonder Woman was very, very mixed and ultimately unreadable.

Gail first impressed me with her work on Birds of Prey. She took over a concept that Chuck Dixon had started and done a great job with it. She had such a great handle on Oracle, Black Canary and the rest that the series become her signature book and most readers forgot that someone else even started the concept.

Next I loved her Secret Six work, one of the best books of its ilk. Her and Jim Califore (mainly) absolutely rocked this book. The interplay between the bad guys was so well done that you started to love Catman, Deadshot and all the rest. In fact the arc with Catman having his son kidnapped was one of the best stories done that year.

But Wonder Woman was a mess and Batgirl has been trash. Now I can give Gail a lot of latitude with Batgirl as DC’s editorial department has gain notoriety with its mandates. Still when I read the book it has no rhythm and at times makes no sense at all. Batgirl having a roommate was insane. Of course having her history rewritten just made me lose the love I had for Barbara Gordon. No matter how you cut it or how you want to talk about it I have no clue why Gail was being considered so integral to the success of a character that I no longer care about. 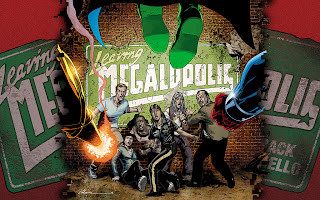 The problem for me is it feels like that we are all being told to praise Gail because she is a woman writing a woman character. I never want to box in a creator to that type of mindset. In my opinion I’d rather Gail being doing Leaving Megalopolis (the Kickstarter project) or some other book like. Heck I’d like to see here do more creator owned stuff or be given a shot to do a Superman book or Hawkman or how about JL , that book needs a writer who does group dynamics.

It becomes a form of political correctness, which is a soft form of censorship. If you are not speaking for Gail you are in fact some sort of evil person who must be stoned as the prevailing thoughts of the “elite” must be preserved. An over exaggeration to be sure and a perception built by myself due to the fact that I only follow a few websites. Still the thought is bore out in some part by DC’s reversal of their decision to take her off Batgirl.

The more I think about the more I wish she was off Batgirl because she had nailed the character as Oracle perfectly and this odd re-set of the character is not working and no reason to sully her name working on the book. Hey maybe she could do Legion or a new JSA (as Earth 2 is boring me to death with its pace).

The bottom line, Gail is a very good creator; she is not perfect and has misses as well as hits. Her Batgirl is not that good to cause such a hue and cry. I bet DC works her off the book slowly and quietly down the road. I may miss it since I will drop the book again after Death of the Family.