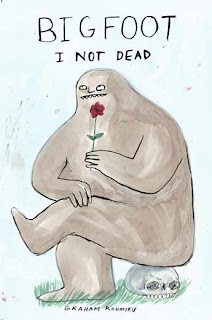 Bigfoot: I Not Dead (Plume)
by Graham Roumieu


So my fiance brought this book home from work (a coworker had lent it to him) and showed it to me. I'm not entirely sure why, but this book is awesome. It's childish and the art is awful but it is hilarious. The whole book is from Bigfoot's perspective. I think my favorite excerpt is of Bigfoot getting lost in the woods. You can also check out the creator's website here. 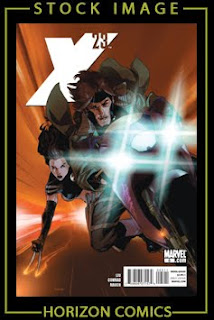 
I'm continuing to enjoy this series but I'm not sure about the whole Mr Sinister thing. I am out of the loop when it comes to a lot of the villain history in Marvel continuity so I feel a bit lost the the female Sinister. Or whatever she is since by the end of the issue she was Mr Sinister. I think. But I like the character interaction between Laura and Gambit so I'm trying to get through the gaps in story I'm missing. 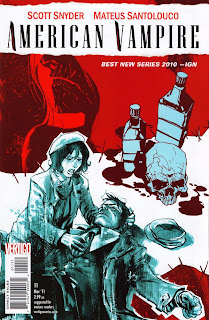 
Pearl is such an awesome character and I love the relationship between her and Henry. Obviously Hattie is going to continue to be an issue for Pearl but I think (hope) that Pearl and Henry can handle her. I also like how Henry has handled being human while is wife is a vampire thus far. He's a pretty awesome character on his own. 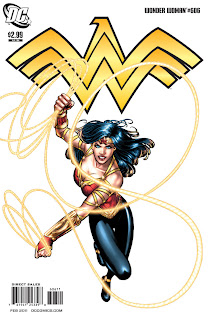 
So this storyline has grown on me over time (although I worry what will happen with it once JMS leaves seeing how it's his story). I like the world Diana has to deal with and adapt too and it does appear that we're starting to get close to an explanation. It'll be interesting seeing Artemis as a bad guys (although there's been tension between Diana and Artemis before but usually Artemis was fighting for her people). 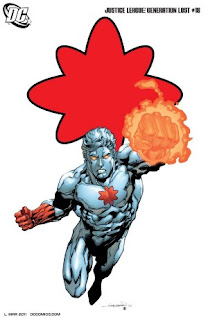 
I'm going to be really angry if the kill Jamie Reyes. One Blue Beetle death was enough and Jamie has been an awesome character. Adding Power Girl to the Roster of the anti Max Lord group should be useful though. 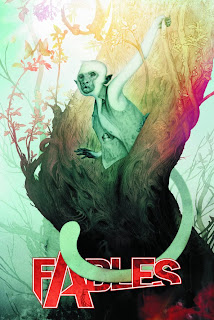 
Bufkin as an epic hero is pretty amusing and I like the idea of exploring the Oz type Fables. This is just a great comic series and maintaining the quality this book has over such a run is truely impressive. 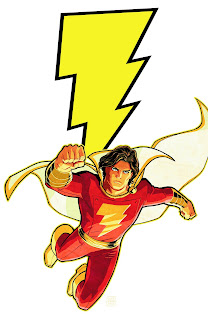 
I really hope DC intends to keep following up with the Marvel family because I feel that these characters have been neglected of late. Billy and Mary being shunted to the side is kind of annoying but this comic gives me some hope that DC intends to follow up more with the Shazam characters. Outside of Osiris that is. I still like Freddy as Captain Marvel though.
Posted by Gwen at Tuesday, February 08, 2011