Last week I showcased the Eclipso series which had art by Bart Sears.  That reminded me of Bart's other great book during the 90s, Turok.  Bart didn't stay long but he drove sales on the issues he was on insane. 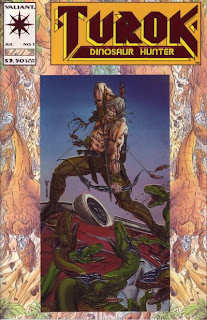 Turok #1, July 1993
Pencils: Bart Sears
Inks: Randy Elliott
In case you didn't live it, this was a HUGE seller.  It was incredible how many copies stores were selling.  This was the heyday of shiny foil covers and this had one of the best. 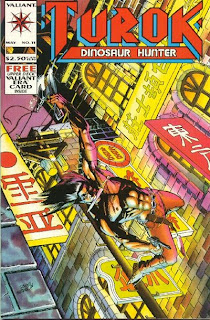 
Yep, this is some of Rags Morales earliest art.  The interiors are good but not always great.  But the covers... oh la la the covers  Rags actually started on the interiors back in issue #4 but this was one of his best covers. 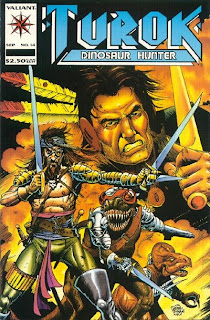 Turok #14, September 1994
Pencils/inks: Tim Truman
And when it comes to the greats, Tim Truman is one of them.   He worked on the series too for awhile. 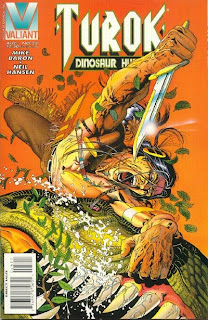 Turok #28, August1995
Pencils/inks: Neil Hansen
I don't think Neil Hansen lasted a long time in comics but he could do a great Turok cover!  It's got bits of Rags and Gulacy in it. 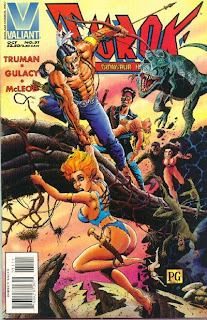 Turok #31, October 1995
Pencils/inks: Paul Gulacy
And speaking of Gulacy, even he got into the act for a couple of issues.  Truman was back on writing chores and Gulacy was drawing his best babes, bikinis, and dinosaurs.  As is evident from this cover.


The series was full of ups and downs but the covers were definitely excellent.