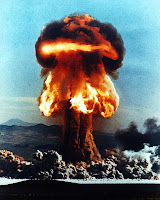 This week I realized that even though my life is typically one big explosion, sometimes it's a small series of events.

For example, Event #1 occured on the comic book geek front, I was wondering about Mastermind Excello. OOOOksay. For non-comic geeks, (1) don’t ask about the name, (2) Yes, even I, as a comic geek; think the name is stupid; (3) He’s the seventh smartest person in the Marvel Universe.

BUT, as a comic geek this made me wonder… If M.E. is the seventh smartest, who are the six smartest people in the Marvel U.

Then, in a double geek move, who are the six smartest people in the DCU?
I think, in no order,

I don’t know. It seems to me that DC has a stake of muscle bound heroes and a stack of smart villains.

So, as you can see, there was an important comic book lesson this week. Well, maybe not so much a lesson as a stop-n-ponder. But, there were important life lessons to be learned too.

For instance, I learned that women should never talk to men when they are reading a book. ESPECIALLY, if they aren’t looking at you and just giving you the “Un-hun” and “Sure, why not” answers. Because, most importantly, you will get half answers.

Conversely for men, if you aren’t listening, don’t hazard a guess or make answers up. It's better to completely ignore the question.

Let's clarify this with a hypothetical situation. Let's say your wife, girlfriend, or significant other has been working out lately and are very proud of her new look. Flexing her arms, and doing her best Louy Ferrigno, she turns to her husband, who happens to be fully engrossed in the book he is reading, and says “Check out these things!" 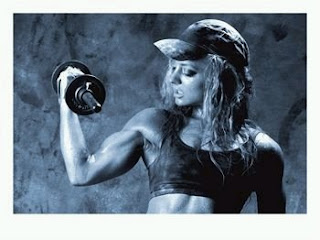 In this situation, there are several possible correct answers including the aforementioned silence. BUT, the completely wrong answer is “Wha? Chicken Wings?”

It’s just bad all the way around… not that I know, but a friend… of a friend, told me that such statements can get you in trouble.

As I learn.. I mean hear of these life lessons I feel it best to pass them along.
Posted by Lee at Wednesday, May 16, 2007