This week it's Blue Beetle time!  Why?  I don't know.  Maybe because I was thinking about the great Lou Fine and he did the first cover to the series.  After that it descended into typical Golden Age silly covers which have got to be seen to be appreciated. 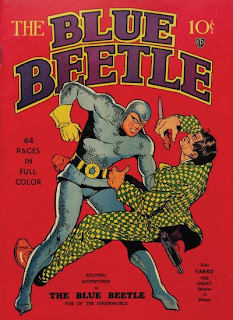 So, let's start with the cover to Blue Beetle #1, winter 1939-40 by Lou Fine.  This is widely considered a classic by many.  I have to agree because I love Lou Fine.  He was one of the greats of the Golden Age. 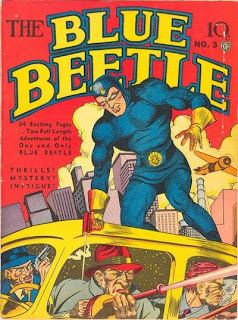 Cover #3, July-August 1940, is also a winner because it's by Joe Simon.  It's hard not to like a cover in which the hero shoots the bad guys through the roof of the car. 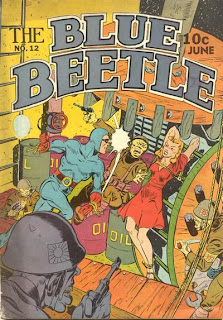 Cover #12, June 1942, is by Ramona Patenaude.  Her specialty was bondage covers!  I kid you not and if this cover is any indication of abilities... she was quite good at them. 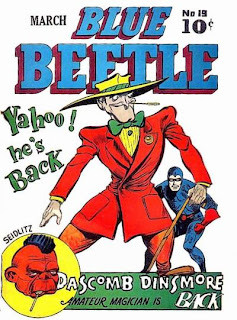 Cover #19, March 1943, by unknown artist.  I'm not sure what is going on but it's hard not to like a character named Dascomb Dinsmore.  Maybe like is a strong word, how about "be curious about" instead. 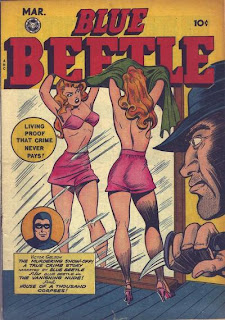