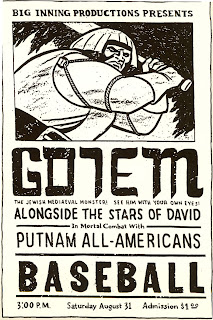 Where do the weeks go?  Seriously, as I get older the time seems to go faster... and faster.  Since I had a birthday this past weekend (still younger than Jim) it seems like life is moving at light speed.

Anyway, Saturday was the big day so we went on a family hike up one of the local mountains.  3 hrs up, and 2 hrs down.  It was a doozey.  I mostly spent the walk up with the girls, and the walk down with the boy.

Boy, far and away had the best comments, but you can decide for yourself which one is better.  You choices are:

#1) Just as we are starting down, Boy turns to me and says "hold on dad, I'll be right back. I have to go fertilize the grass with my ray-gun."

I can honestly tell you I have never referred to my privates, or his privates, as a ray-gun.   Ya gotta love the things they learn in school.  And, honestly, it's more of a bazooka.

#2) About half way down, as we were looking for a stick that he had gotten rid of earlier on the walk
Boy: Sigh. I really wish I had my stick back.  It was such a cool stick but I had to throw my stick away.
Me: Yeah, that's true.
Boy: It's was so cool with these markings on it that looked like cool stuff.  But Mom made me throw it away. I wish I still had it.
Me: You do know Mom made you throw away the stick because you hit her in the head with it right?
Boy: Yeah. But it was a really cool stick and I only hit her once and I didn't do it on purpose.

It's a really tough choice.

Anyway, as for books, this week I read Blue Estate Volume 1, James Sturm's America: God, Gold, and Golems, and Planet of the Apes Vol 1.

You can see what I thought of the rest of the books below the break. 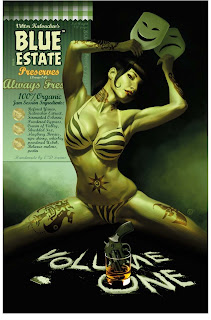 Crime comics don’t get much better than this. So far in the first 4 issues, our characters are the former action movie star, the body guard, his former actress wife, the wife's brother, the wife’s A-A Sponsor (who happens to be a hitman), the brother's stripper girlfriend, and at least one mafia boss, and a couple of mob thugs thrown in for good measure. And even with that huge cast it’s easy to keep them all straight. Now then, keeping track of who may or may not be double crossing who is a completely different story.

This is just outstanding. This trade is basically all setup but the cast is so big, and the double crossed so devious that you can’t help but get sucked in. Kalvachev and Osborne do a great job of building each character up and making them feel real. At the same time, the plots is laden with ‘coincidences’ and ‘accidental meetings’ which feels natural. That’s probably the greatest strength is that the story feels real and not forced.

Even though there is a pack of artists working on the book, you wouldn’t know it by looking at the pages. The artists styles are similar enough that they mesh together really, really well. And, they are smart enough to work on specific character arcs too! But, I love Fox and Cypress so I really enjoyed it.

I picked this up because Image has been on a roll lately with great new series and I wasn’t disappointed. This was 4 issues of setup which left me dying to see where it goes. If you like crime books, then you will love this. 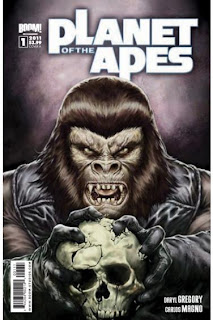 Planet of the Apes Vol 1 tpb written by Daryl Gregory, illustrated by Carlos Magno, published by Boom!, 120 pgs, $10. Collecting the first four issues of the new series.
Set in the world of Apes, in the free city of Mek, a tenuous peace is maintained until a rouge human kills the one ape that made the peace work. The assassination set in motion a series of events that will test both humans and apes as they try to stop their world from erupting in violence.
This was so cheap, and Matthew gave it enough praise that I had to try it. And… it’s quite good. Gregory does a superb job of re-creating the feel from the original Charlton Heston PotA movie. The themes are consistent and the world building is solid.
I was really impressed by Magno’s art. In fact, it was so good that I actually noticed when it was off. It was shocking when he messed up anatomy or perspective. His style is very clean, and very detailed, and while his composition isn’t always the strongest, it’s great stuff to look at. Actually, I am surprised he hasn’t moved up to a minor DC or Marvel book. Yes, it’s that good.
This isn’t ground breaking but it’s a lot of fun and cheap too. 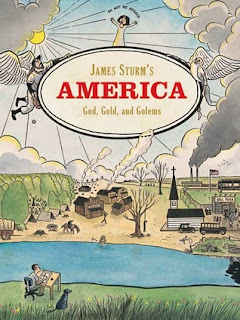 James Sturm's America: God, Gold, and Golems written/ illustrated by James Sturm, published by Drawn and Quarterly, 192 pgs $25.
This is a collection of 3 stories, each highlighting at lesser known episodes in America’s history.  "The Revival" is about the massive 1801 religious revival meeting in Cane Ridge, Ky. In "Hundreds of Feet Below Daylight," shows how greed, racism and blind folly affected a Western mining town in the late 19th century. The longest, and last, "The Golem's Mighty Swing," is a tale of early baseball, combining aspects of the Negro Leagues and Jewish mysticism, to create something special.
This is a another wonderful collection showcasing points in American history that have long been forgotten. Strum quickly sets up the characters and situations and makes the most of it.  This skates that fine line between showing some of America's less than stellar moments but not getting preachy about it.  It was closer to real history showing it's ugly warts and occasional cruelty.

I think the difference is the life that Strum gives the characters.  For all their flaws, and there are some doozies, you get the sense they are just real people living real lives.  Not necessarily feel good, but highly entertaining.
And that’s all for this week.
Posted by Lee at Thursday, April 12, 2012