The Kirkman Cycle on Invincible

Yes, yes. I know its good and its an indy version of Superboy meets Spider-Man, where anything can happen. Ryan Ottley’s art is on time and consistently impressive and Kirkman does an excellent job with long term storytelling. But I have to be honest, the book hasn’t been clicking for me.

I feel like Invincible tends to go into self repeating cycles where the same thing happens over and over again. For a while, I felt like Atom Eve was worrying about Markor about how she was pregnant on every other page. More recently, we’ve been getting into the middle of the long promised Viltriumite War. As nice as it is to see a pay off to the story arc that’s been building since Omni Man killed the Guardians of the Globe way back when, its been feeling a bit repetitive. Every other page ends with an evisceration or decapitation.

I know. I can’t believe I’m complaining about this either.

Invincible is a book with an interesting dynamic at play. Tonally, its consistent with any good teen superhero book. Mark’s teen angst is similar to Spider-Man, Superboy, or any other young superhero book on the market. However, as a creator owned title, Kirkman has a lot more latitude than he would with a character that is a corporate trademark. Another benefit of its creator owned status is the book’s ability to depict superhuman violence in a way that, while not realistic, is surprisingly gory. It doesn’t really fit the overall tone of the book. Now, used sparingly, this works really well. It can shock us in the middle of story into remembering how powerful these characters truly are. However, in this storyarc, we’re getting it on every other page. I’m sure its meant to show how brutal and vicious this war is, but for me the effect is that I’m getting bored with this level of violence. THIS IS SOMETHING THAT SHOULDN’T BE HAPPENING.

Watching these supermen rip off heads and tear out intestines is no longer shocking or exciting. However, I always find that when my attention begins to wander a bit on Kirkman’s books, he does something to get it back. And lo and behold, in Invincible #75, Invincible, Omni Man, and another Viltriumite fly through the Viltriumite homeworld so fast (right behind a giant laser beam) that it FREAKING BLOWS UP.

Well that certainly got my attention. 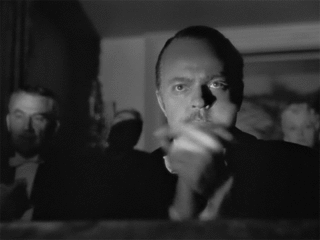