Many people wonder why superheroes would enjoy a good Dungeons and Dragons game. I suppose it's a good question because one would think that fighting the Fatal Five, Mordru, Starfinger and the rest would make you want to take a trip to the beach or watch a nice relaxing movie during your time off. It's apparent, though, that even the excitement of being a Legionnaire couldn't quench a love of adventure and excitement. Even superheroes need a little bit of fantasy. 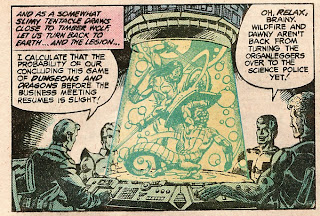 Thom (Starman) and Dirk (Sunboy) were the biggest D&D geeks though - especially when Dreamgirl was ignoring Thom. They'd pull all nighters. Sometimes it could get a bit out of hand though. All that kono juice starts to affect your senses after awhile. 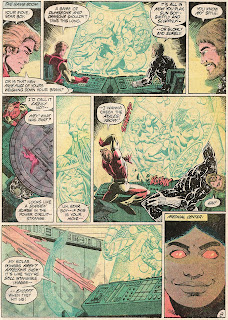 Garth (Lightning Lad) never got into the game - he sometimes worried about Thom and Dirk's obsession. They began to get more and more into the game, and while Cos and Brainiac 5 would still play occasionally even they began to notice that Thom and Dirk had crossed a line. That's when Brainy decided to show them that too much fantasy can be a bit... unhealthy. 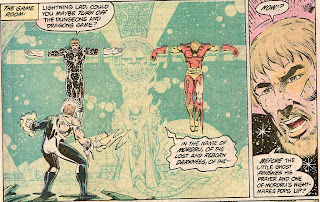 Of course even after their close encounter Dirk and Thom just couldn't resist. Now you know why Dreamgirl really left Thom and why Gigi said no to Dirk's proposal. When D&D comes before your girlfriend it's probably time to quit. 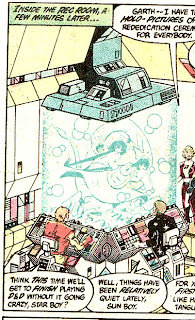 Most of us have learned from Thom and Dirk though, and can enjoy a good RPG after a long day battling khunds or evil sorcerers (ect). 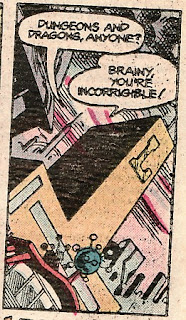