Looking back I realize this year was fairly different from the previous year for me because I drifted away from the memoir, slice of life stuff.  This year there was so much Euro material out there that I was really drawn back into the science fiction and fantasy story lines. 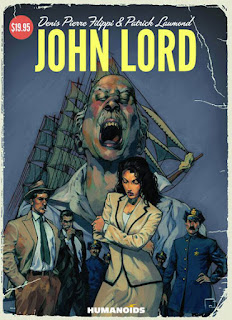 My favorite publisher in 2011 was Humanoids.  Much to my local stores chagrin, I think I actually ordered every single book they solicited this year.   Yes, even the ridiculously expensive ones that I picked in the monthly indie previews.  While not every one was a winner, I experienced so many new stories and styles of art that I loved it.  Second place has to go to Fantagraphics for continuing to publish the best comix out there, and third goes to IDW for making sure I still had a full plate of classic stuff and horror books too.

Of course, one of the joys of having a blog is having an accurate record of everything you read in the previous year. Or semi accurate at least. I have a list of 67 books that I read over the past year that doesn’t include the ones I read prior to July. I can figure it out but it’s just too much effort right now and I figure that 67 is large enough sample size to pick a best of from.

Below the break, I separate all 67 books in a couple of catagories... 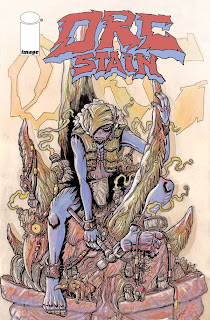 The books that I am looking forward to the next installment of
Next Men Premiere Edition Volume 1, The Zombies That Ate the World, King of Flies, Spirit: Angel Smerti, Orc Stain,

These books were the ones that I really enjoyed and can't wait for the next installment.  The one that I have the shortest wait for is Byrne's Next Men because it's collected all over the place.  The rest should be out soon, or hopefully this year.


Best all ages books that my kids and I read
Sidekicks, Thor vs. Seth the Serpent God,

Girl and Tiny really loved Sidekicks which proved to be an excellent introduction to superheroes.  But Boy, man oh man does he love Thor.  DeFalco and Frenz channel Lee and Kirby and produce some incredibly fun stuff.  These were the books that I used to insure my kids would inherent my love of comics.  Wife LOVES that I do this.

Books that I read, enjoyed, but need to read again because I felt there was something more going on that I missed
Stigmata, Strange Science Fantasy, Cradlegrave, The Man Who grew His Beard

Stigmata and SSF were books with both great stories and great art.  That is reason enough to want to read them again, but more than that, there was just stuff going on.  Not people hitting other people stuff, more like mental stuff.  I tend to read fast and at the end I enjoyed it but I couldn't escape the feeling that I missed it.  Cradlegrave was the same way.  Man Beard... that was just out there and I wasn't ready to read 'out there' so I'm not sure I ever came close to getting it.  I'm not even convinced I will like Beard but I need to read it again to make a decision. 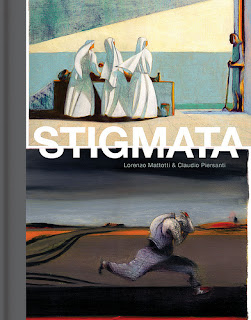 This is the list of what I really loved and will read again someday.  Whether it was great art with ok stories (Tharg and Yesterday's), or stuff that was mindless good fun (Zombo), these books left me feeling warm and fuzzy inside so that I knew I would read them again.  Except for Suicide Forest which left me feeling creeped out and afraid to go in the woods by myself, which is just as good as warm and fuzzy.

These books aren't bad per se, but they weren't exactly the strongest either.   There was just something that was missing such as Hellspawn which had fantastic art but a fairly week story or Cholly which suffered from creative meddling 20 yrs after the fact.  Crumb was classic and I can appreciate it but I am not sure I liked it and Bouncer was good and entertaining but quickly forgotten.

Overall, it was a great year and I really enjoyed most everything I read.  Even the stuff that I probably won't read again.
Posted by Lee at Friday, January 06, 2012