What’s Left of the New 52 from the DCnU

Week in review be damned. I’m making my move to Florida this coming Friday so this column and the next few will be different so I can write a little bit ahead of the curve. In our sister blog (that no one but me ever writes in) I have bemoaned my complaints of the new DCU. So I decided it would be fun to review what I think of what I still get. I have dropped 18 of the original 52 and I’m still hanging onto 34 titles.
Taking them one at a time my current view of each book. 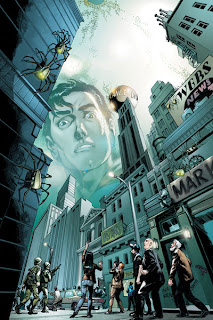 Action – Grant Morrison and Rags Morales make this a keeper.
Animal Man – Lemire is crafting an odd book, but it is a fascinating character study keeping Buddy as a family man, another good book.
Aquaman – Pretty art, but like too many DC books, where is this book going, what is its reason for being. Close to a drop.
Batgirl – Decent, but it has many holes in it and this is not the Barbara Gordon I loved. As a bat family book it is hard for me to pull the plug, but this book is not a mortal lock.
Batman – A mortal lock, a great book but the best writer in comics right now Scott Snyder.
Batman and Robin – A solid book that I continue to enjoy, Tomasi and Gleason are hitting on all cylinders. 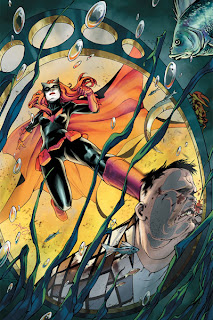 Batwoman – Another rock solid book, with wondrous art by Williams III and next up Amy Reeder, heart be still.
Birds of Prey – A fun book, but like many DCnU books lacking a coherent idea of what is going on and what is the book about.
DCU Presents  - Anthology books lives and dies with each arc.
Flash – A nice book, but not thrilling me and five issues in and we still have no rhythm or sense of the book.
Green Lantern New Guardians – Close to edge of being cut, since Gwen loves Kyle and I send this book to her it gets a longer trial, but again get to a point.
Justice League – A clean miss and one book I may drop shortly. I will start the second arc, but 20 pages for $4 is not making me happy.
Justice League Dark – I like the characters, but again can we have a story. Four/five months in and we don’t even have a group yet. 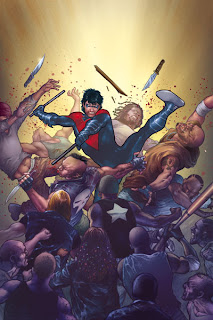 Nightwing – I love this character, but preferred Dick as Batman, this backwards step has turned me off on the concept.
Red Lanterns – Great start, but again what is the purpose of this book, tell a story.
Stormwatch – Thank you, you have told a story and have continued to tell a continuing story. I like this series.
Supergirl – A keeper, I like it as it is giving us who Supergirl is this time. Almost too fast paced, but a good series so far.
All Star Western – I love Jonah Hex and putting him into big cities of olden days is a fun change of pace. Another keeper.
Batman the Dark Knight – This book only survives because Batman is the one DC character I still really care about. I trust the influence of Jenkins will make this a better book as time progresses.
Catwoman – Poorly written and strictly done as a book for the exciting moments, one to be dropped. This irritates me to no end because Selina used to be an awesome character and an equal to Batman in some ways. Now she is more of a tawdry tramp starting in a high octane action movie. 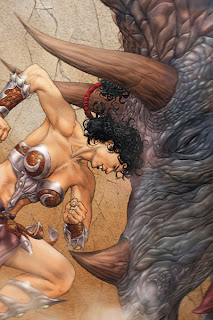 Demon Knights – An odd book and one I’m still not sure of its direction or purpose, but with the Demon, Madam Xanadu, Shinning Knight and Vandal Savage set in days of yore hard to not root for this series.
Detective Comics – Tony Daniel’s writing should make me drop this book, Batman keeps me on it.
Frankenstein Agent of Shade – Another offbeat book which I’m enjoying. Frankenstein’s Monster as a monster hunter backed by a super science organization set in the current DCU. Jeff Lemire as writer is making this work for me.
Green Lantern – Right now this is John’s best book and the first arc was interesting. I hope his pacing is more concise going forward, no matter because he has Mahnke on art and he is a great artist.
Green Lantern Corps – Not a bad book and Tomasi is a good writer, but not sure where this book is going.
I, Vampire – The surprise hit of the new DCU in my book. If they could just get a better cover artist, because the interior art is stunning and the Vampire War occurring within the present day DCU is fun. It is an Underworld type thing is set in a super hero universe.
Resurrection Man – Almost want to re-read the original series, but Abnett and Lanning have this series going at a fast pace. A middle of the pack book.
Superboy – If my grandson was not named Connor this book would have been cancelled.
Superman – Just not working for me. It is good, but a little too old school or something. I like it and I don’t like it. I am unhappy with a short stint for the creative team of only six issues. 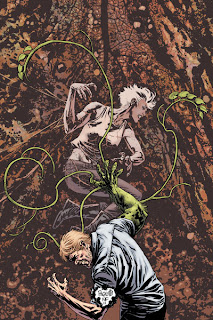 Swamp Thing – Scott Snyder as writer guarantees a good book, but the slow build on this book makes me want to read it two issues or more at a time. A well done book.
Teen Titans – Very close to the trash heap, I have read five issues and the book is all over the map.
Voodoo – This book is not bad, but the actual story never sticks with me. I could cancel it and probably never miss it.
Wonder Woman – A keeper. The creative team has made me care about the book and I want to see the next issue. Another hit for the new DCU.
Suicide Squad – This is another hit for me from the DCU. Deadshot and Harley are great characters and Deadshot is essentially who he was before. Fast paced, but telling us stories and developing characters as we go along.
Well that wraps up my Monday column. The bottom line is the new DCU is too much too fast. The characters are too unfamiliar and dropping us in the middle of a new world is disorienting. They have created a poor jumping on point for new readers and an excellent jumping off point for fans of the prior material. DC needed a shake up, this maybe a big mistake. I would not be surprised that if in a year that DC sales are not back to where they were with a few hit books and the whole thing was for naught. At that point maybe DC fires Didio and Harras and brings in some new voices.
Next week’s books are Action, American Vampire HC Volume 3, Animal Man, Detective, Izombie, Red Lanterns, Stormwatch, Swamp Thing, Sweet Tooth, Hulk, Punisher, Twelve (so glad this series is getting finished), Uncanny X-Force, Uncanny X-Men, Winter Solider (really looking forward to this series), Fatale, Invincible, Strange talent of Luthor Strode, Locke & Key, Rachael Rising, Warlord Annual and Warriors of Mars. This is more what I hope my typical week looks like in the future.
See you next week.
Posted by Jim at Monday, January 30, 2012