The Brightest Day and The Heroic Age – A Return to Hope? 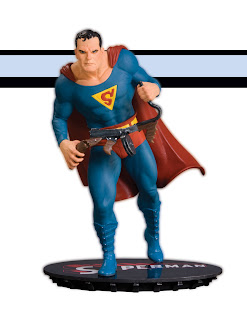 During that time frame the quality of life in America had been radically altered. Not having lived through that time period I can’t be sure exactly how it felt, but my parents gave me stories of those times. My father’s family was well off and never even noticed that times were that bad, my mother’s family was poor and talked of how her father would sometimes have to walk the track in search for coal to help to heat his home. One thing amidst of all the pictures and images that have been drilled into our minds that is forgotten, we still had 75% or more of people working. There was still prosperity being found by many in America.

I think it was more a matter of how that quality of life had shifted. If we set the quality of life on a point scale and say a perfect life today is a 100, then people in the twenties may have been living on an average at a 50 point life style. The depression may have dropped it 15 points in general so that their quality of life was cut 30%. During what I consider this depression I believe we had probably an 85 point life scale and the same point drop of 15 is only a 17% reduction in the quality of our lives. This is a long and elaborate way to make a point, which boils down to one thing. Even though we are in a severe recession or depression today, the quality of our lives was so high that the change is not as noticeable as it was during the Great Depression.

I believe a seismic shift has occurred and as the wealth we borrowed evaporated and we are finding that our consumerism and materialism is not as important. Wealth allows us to be hedonistic and squander what we normally consider family values; poverty causes us to value the family unit more. Exceptions to generalities always exist but I think the point is valid.

What the hell does all of this crap have to do with comics?

Well if Peter David can digress, then so can I. The super hero was born in the Great Depression. Perhaps he was created during this time because we wanted to hope for a better tomorrow and hope that something great would lead us there. Perhaps it was the hope for an ideal that we had to try to achieve. Perhaps it was because only a super hero could make things better then they were.

The tortured history of comics went through many ups and downs but when the silver age came back we had escaped the darkness of the depression and our revived heroes were now leading the way into the bright and shinning future, it was the new frontier (that speech still gives me goose bumps). Our heroes were Boy and Girl Scouts and they had “the right stuff”. But the sixties were a time of turmoil and change and that change was reflected in our comics. The Nixon era brought an end to the almost blind trust we had in government and we started to want to see the underbelly of everything. That started to be reflected in our comics and the pinnacle of comics becoming darker was reflected by The Watchmen and The Dark Knight. Those comics lead to the less of the brightness and at times childish nature that our comics were infused with. Roy Harper was a junkie and Harry Osborn got into the drug scene too. Our comics reflected more of the diversity of our society and at times those reflections were as badly of a racial stereotype as Chop Chop was in the Blackhawks during WWII. John Stewart was the prototypical angry black man and Luke Cage was of course born in a prison, T’Challa the African Prince and Vibe the ghetto Hispanic.

These changes have continued and with the ending of the Comics Code (for all intents and purposes) comics have become a more violent place. PunisherMax is one of the strongest reflections of that as is the violence levels you see even in mainstream super hero work like the Flash and other books (as Lee has often pointed out). Wonder Woman can twist the head off a villain, Robin is a demented little killer held in check by Dick Grayson, Bucky Cap carries a gun, Wolverine a killing machine as an Avenger all reflect those changes.

This again I believe is a reflection of our times. With greater wealth and a more hedonistic viewpoint we wanted to make our heroes to be more like us or worse then us. So we re-imagined them with feet of clay and worse. No longer could a hero be the perfect ideal, often the anti-hero was more popular then anyone else. We now have these shades of grey in both heroes and villains. It often makes for better stories and certainly stirs greater dramatic tension. Our escapism is no longer looking for a brighter place, because our own world is pretty damn bright and sunny, so our entertainment becomes darker. 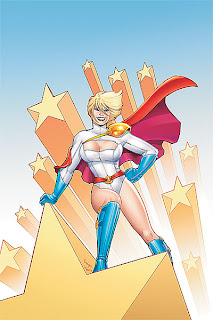 Now the paradigm has shifted again and our world is not as bright and sunny as it once was when we were younger. 9/11 changed our world view and the crash of our artificial economy has caused us to wonder will tomorrow be better then today. As this has all started to come about we now see Marvel working towards the Heroic Age and DC towards the Brightest Day. Both of these imply a return to a more straight up type of super hero. The Boy and Girl Scout maybe is coming back in vogue, but I’m sure they will not be as squeaky clean as they used to be, but I think our heroes are going to be more heroic as our own world has become more uncertain. Certainly the precursor to this type of work can be seen with the Power Girl and Hercules series. Light, fun, entertaining, but still smart and old enough for an adult to read.

Popular entertainment is always going to reflect the times I just like the symmetry in how we are seeing a return to more of a classic heroic tradition at a time when our lives need the hope in our fantasy more then ever. Is it all just circumstance and coincidence or is my theory true, you decide. I already have.
Posted by Jim at Friday, January 15, 2010