Salute to a Writer

Technically, it's the beginning of '10, but this is my shot at writing a little something for the end of '09. Many stories at this time revovle around who has died in the preceding year. I'm going to ride that train and take it to extol a writer who got a late start as a celebrity.
Frank 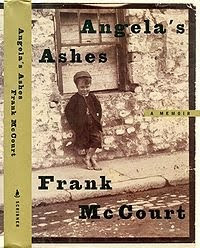 McCourt died July 19 at 78 ,of menningitis and skin cancer. McCourt became famous with the publication of his memoir, Angela's Ashes, in 1996, a mere 13 years ago. That, and the sequel, 'Tis, told the story of McCourt's deprived Depression era childhood in Ireland and subsequent career as a teacher in America. The former won him a Pulitzer.
Now, McCourt was not a comic book writer. Nonetheless, any writer, be it comic book, book, screenplay, or play, should take the time to read these two books. McCourt tells stories better than anyone. Stereotypically, that could be attributed to being Irish, but truthfully, not every Irishman can string together a good story. Still, a culture that celebrates the storyteller doesn't hurt.
While the US in the Depression was in a bad way, in Irel 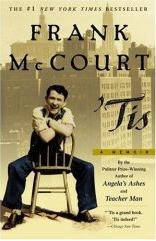 and it was phenomenally worse. McCourt performs the magic of conveying that misery, while telling the funniest stories. He takes a childhood that could be nothing but depressing and finds the humor in the daily trevails. He conveys emotion without being maudlin.
I read far fewer books than I'd like. Fortunately, McCourt's books were given to me as gifts. Along with Alexander McCall Smith, who has probably an even greater skill with the English language, McCourt should be read by all aspiring writers. If any of them learn even a modicum, their own works will be that much better.
A fond farewell, then, to Frank McCourt. He lived a much longer life than a child in Depression era Ireland had a right to expect. He turned adversity into strength. He told tales as well as anyone.
Coincidentally, Douglas MacKinnon, a former White House and Pentagon official who now fanices himself a novelist, provides a succint example of how not to write in the December 31 Baltimore Sun. Well, it's a perfectly fine way to write, if all you're interested in is being snide and critical with no actual solution to a proposed problem. He writes about how the US government is incapable of providing security from terror attacks on US soil. This has been a constant refrain since 9/11/01, particularly from those who think we should surrender all civil liberties in the name of security. MacKinnon, though, isn't even as honest as Dick Cheney, as he never says that's his view. That he only picks at the Obama administration is the only clue a reader has to his prejudices, or bona fides, I suppose, if you're inclined to agree with him. People like MacKinnon never seem to grasp that doing away with our civil rights in the name of physical security is tantamount to surrendering to al-Qaeda and its ilk. If we don't have the freedoms that make us the US, then we're just another power exercising bald power to control others for our own selfish ends, rather than something unique in the history of the world.
Posted by Thomm at Saturday, January 02, 2010

Email ThisBlogThis!Share to TwitterShare to FacebookShare to Pinterest
Labels: 2009 The Year in Review