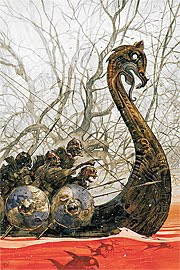 I waited until late in the week to get the last comics of December for the List, but with only Blackst Night #6 coming out, it wasn't really worth waiting. Ah, well. Off we go.

1. Northlanders #23 - Same as every month. Superb writing. Excellent art. With no ongoing characters and story arcs that can range from a single issue to about 8, Brian Wood presents almost textbook lessons in how to write short stories. 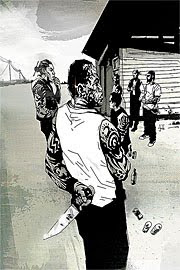 2. Scalped #33 - You know, you would have thought there was more than enough pathology on the Res with Red Crow, Bad Horse and the FBI, but throwing in peeved Hmong gangsters and you reach whole new levels of psychosis. Jason Aaron's finest.

3. Madame Xanadu #18 - Much lighter in tenor than the pre 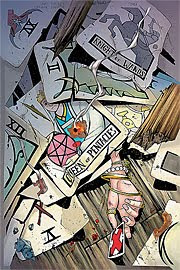 vious two, yet still a serious work. Wagner and Hadley have put together art and story that are almost perfectly symbiotic. MX is going to have to dig deep to confront her batshit crazy sister, Morgana. 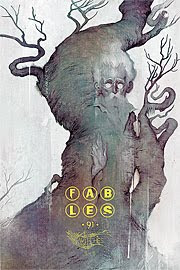 91 - Aside from the Great Fables Crossover fiasco, I could easily make this the #1 book every month. Still, even with the first thing I see being full frontal male and female nudity, a bold choice, I think the three titles above are a bit superior this month. It may be that this is part 5 of 5 in the Witches arc but doesn't feel like the last part of an arc at all. Too many missing parts. Not that I don't think they'll be addressed shortly. It just doesn't fell like the arc should be ending here. 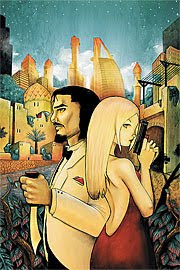 5. Cinderella: From Fabletown with Love #2 - And now Ala Al-Din, aka Aladdin. D'jinn, Ghors, chador wearing femme fatals? What's not to like. The tense relationship between Cinderella and Aladdin, both sexual and operational, looks to have a lot of potential. The side story of Cinderella's store assistant making a deal with the little green guys who make shoes is almost sufficient to carry a title of its own. 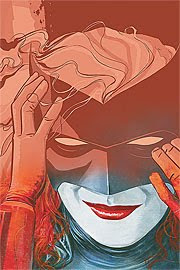 6. Detective Comics #860 - Rucka's finest super hero work. Williams's art doesn't hurt, either. The most innovative layouts around, or at least since the end of Alan Moore's Promethea. I particularly like the tactic of generating a solid interest in the Batwoman character before getting into her back story. Her father's involvement in her origin and hand in creating the Batwoman persona are nice touches. I'm a little curious about the secret about Batwoman's sister, though. The internal logic isn't quite working on that one, but maybe it'll get better in the future. 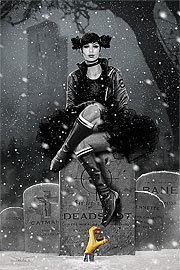 7. Secret Six #16 - Bad guys. Not bad guys acting as good guys or good guys protending to be bad guys. These are really bad guys. That they're worried about adding Black Alice to their team is telling about how dangerous she is. She's all new to me and looks really interesting. Simone's really got a great thing going here. The cover this issue is particularly arresting, too.
8. Inv

incible #69 - On time in '09 has been great. Not because the books are on time. Because the more Kirkman at his best that I can get in a given year, the better. Now we have a new threat coming in at the same time as the ever popular Sequid threat. Throw in some pregnancy related (most likely) powers problems for Atom Eve, and we're in kick ass mode. Our new threat reminds me of classic Marvel space queen threats. Only hotter, which is a neat trick for someone who's a sort puke yellow color skin tone. Ottley, Rathburn and Plascencia somehow make jaundice sexy. That's some skills.
9. Invincible presents Atom Eve & Rex Splode #2 - Now, I've never been much of a Re

x Splode fan, and Kirkman isn't even writing this, but this mini-series is shaping up very well. I'd say it's better than its predecessor, Invincible presents Atom Eve, which had some weak moments. I'm not overly wild about Bellegarde's art at times, his propensity for somehow making Eve unattractive at times being an ill advised choice or simply an inability to draw a grimace that doesn't make Eve outright ugly.
10. Gotha 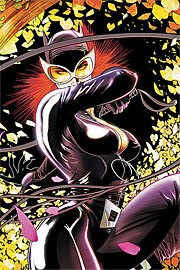 m City Sirens #7 - Easily the best Christmas special of the season, and it wasn't even pushed as such. Harley Quinn's family visits and Poison Ivy's trek to the Amazon were great stories. The somewhat cameo appearance of Batman and Robin, the latter at his psychotic finest, was nicely tied in, almost offhandedly, with their appearance in Batman Streets of Gotham. Dini has a great feel for the characters in the Bat world. Even the trite ending of family being what we make of it came across nicely.
11. Batman Streets of Gotham #7 - See above, to some extent. Another Christmas related tale, but not so light. Really, kind of the opposite side of the coin, as this involves the depressing discovery of a knife fighting ring that pits kids against one another. Even the hard core Robin is disturbed by the dead kids found floating in a river. Dini shows how to write two vastly different Christmas stories in one month of publications. The Manhunter backup is good, too, but I haven't yet gotten into that character.