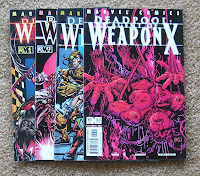 Howdy one and all! The latest sell-o-thon is here. Once again I've loaded the world's largest flea market, eBay, up with super cool stuff.

This weeks offerings include a nice set of an assortment of tpb's, late GA material, some SA material, and long runs of current stuff.

In terms of tpb's, there's new stuff like Classic What If? Vol 1 from Marvel and Showcase Presents: Haunted Tank and two Flash trades collection Johns first work on the character from DC. There's Image books like Lucha Libra, and Rick Remender's Doll & Creature. From Vertigo, I have Grant Morrison's The Filth. And even some Teenage Mutant Ninja Turtles. 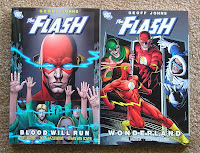 There are some Deadpool issues from the first series and a complete run of Bendis's Sam & Twitch. 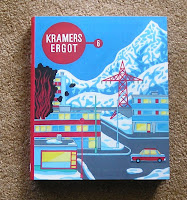 There's even some great indie books like Kramer's Ergot and Abandoned Cars.

There's something for everyone and you can view all this and more here. Don't forget to bid high and bid often!
Posted by Lee at Tuesday, January 05, 2010

Email ThisBlogThis!Share to TwitterShare to FacebookShare to Pinterest
Labels: Sale