I get hostile sometimes. Not sure why, but right now my life is in the midst of a move and we had to put my dog down recently and my work is super busy, so I’m hostile and comics aren’t making it much better. This week is a prime example of some of the things that are bothering me in comics.
First off in general the new DCU is just not gelling with me. By starting over everything and starting over every series but two in the middle of the time this universe started we have every single book having the same problem. Who are these characters in relationship to who they used to be and what is or what is not canon? Also for all their talk of no decompressed story telling I don’t think a single comic has given us a complete story yet. It is one thing to follow 40 different stories when you have a base to work with, it is another to try and not only follow 40 new stories, but start in the middle of the damn story. The big surge DC has will fade rapidly and in my local store the drop off has been fast. This should have been the DCU style ultimate universe and they should have maintained their other line with the books that were doing good. At the end of the day good creators make good comics and stunts are ephemeral things. 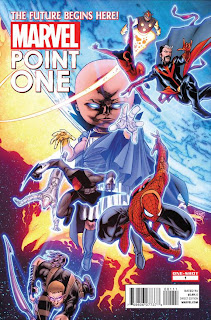 Next up on things that ticked me off is Marvel Point One. A $6 book which is a giant ad for two new series and two storylines in comics I already follow. I should know better than to even consider buying the book as Marvel always goes for the wallet with their fans. I have heard that Marvel is going through severe cost cutting measures and the marching orders are to continue to build franchises so we can have 3 Captain America books, two Hulk books and on and on. The idea seems to have started when Hercules took over the Hulk series and a new Hulk series started. The Black Panther took over Daredevil and Daredevil gets a new book. The problem is that it again comes down to good creators. If you have good creators the books will be good. It is not about franchise, it is about talent. I have continued to reduce the number of Marvel series and I get and DC is going down almost every week also. From a budget standpoint I want to reduce my list, so I guess instead of being hostile I should be grateful. 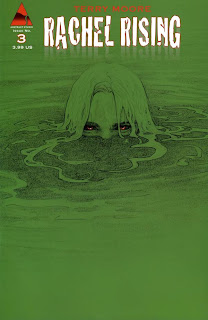 Two books I did like and the first one is Rachel Rising #3. Terry Moore is one of those creators who I will follow with anything he does. Echo was fantastic as a science fiction series and Rachel Rising is a very cool horror series. Moore structures his stories more like a novel then a strict normal comic book with arcs. The first three issues have introduced a lot of characters, but delivers surprises and revelations at the same time. Rachel was apparently hung as this issues she coughs up some rope. We also have an evil girl creating havoc, the little girl who whacked her sister with a frying pan setting fire to the house and of course Rachel newly rising from the grave. How this all ties in at this point who knows but I’m looking forward to the next chapter. 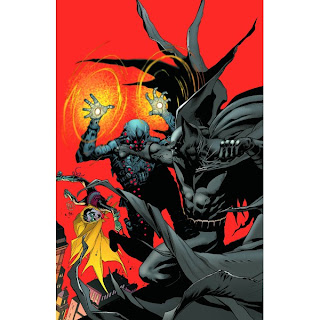 The second book that was very good was Batman and Robin #3. Peter Tomasi with Patrick Gleason and Mick Gray has been a great team for a long time and this book shows it continues. This book reads like the Flashpoint event never occurred. The change is that Bruce has come back to Gotham and kept Damian on as Robin. Otherwise everything else seems to be the same. We have the villain being a person named Morgan who is taking down Batman Inc. We have Bruce trying his hardest to keep his son safe from Morgan. Finally we have Damian as the ultimate rebellious son and the fact that he is still a deadly fighter even if he is not killing. The book is full of portends of things that could come in the future and relationship between Batman and Robin has never been more interesting.
A shorter post then normal this week, but hostility and a desire to watch football creates a need for brevity. Next week’s list is Batman, Birds of Prey, Blue Beetle, Catwoman, DCU Presents, Green Lantern Corps, Izombie, Justice League, LOSH, Nightwing, Northlanders, Red Hood and the Outlaws, Supergirl, Wonder Woman, Avengers, Captain America, Incredible Hulk, Legion of Monsters, Punisher, Thunderbolts, Ultimate X-Men, Morning Glories, Severed, Walking Dead, Hawken, and  The Monstrous Collection of Niles and Wrightson HC.
That’s a wrap, see ya next week.
Posted by Jim at Monday, November 14, 2011