It's been a little while since I went off on something political, but that time has come again. Given the gnatish attention span of the media, this may already be passe by the time it goes up, but I have yet to see anyone address the more serious issue that's come to my attention.

Herman Cain, GOP candidate for POTUS, is a popular candidate at the moment. In fact, he's been ahead of the likely eventual nominee, Mitt Romney in several polls, straw or scientific, among GOP voters. Since the beginning of November, he's been beset with accusations of sexual harrassment dating to the late '90s, which he denies. The fact that at least two of these claims were settled is no evidence that the harrassment actually occurred, any more than the most recent alleged victim stepping 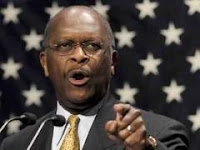 forward with Gloria Allred by her side means that her accusations are without merit. Did he harrass at least 4 women? Who knows?

What's much more disturbing is the results of an ABC News/Washington Post poll of GOP voters during the first week of November. Most didn't believe the accusations against Cain. No big deal there. What's interesting is that they went beyond not believing the charges against Cain and into the realm of women, or at least women's dignity, having no value whatsoever.

"Most Republicans dismiss the allegations as 'not serious,' and seven in 10 say such reports do not make any difference when it comes to picking a candidate."

I kid you not. Seventy percent of Republicans polled did not believe that any sexual harrassment allegations against any Republican candidate were relevant to their choice of candidate. Now, Republicans make up about 34% of the US population of 311 million people. If the poll results are extrapolated to the population, then 70% of 105.74 million people, or more than 74 million Americans, think that sexual harrassment allegations, regardless of their validity, are irrelevant in chosing a POTUS.

Are these people just not thinking through their answer, entrapped in the mind set that any accusations against a Republican are purely fueled by liberal conspiracies, or do they really think the dignity of another, most often women, is not of any significance? What happened to the GOP being the party of values? The party that claims to value human life to the point of trying to re-define human life as starting while half of an eventual, possible person is still in testes and the other half in some unknowning ovary, appears to have lost sight of the forest for the trees. What's the point in valuing human life if that value stops once there's actually a person born (unless that person is medically brain dead, in which case value is revived)?

It's a strange philosophy indeed that advocates the sanctity of life that's not yet human (by historical definitions of human life) but says that execution by the state and harassment of others throughout that life is ok. It's even more bizarre that it's ok to take someone's life against their will (executions) but not ok for a person to decide to end their own life (assisted suicide, ending the use of life extending machines for someone who has no brain function). Come to think of it, it's a back door way of supporting attorneys because their commonality is that the 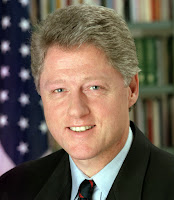 Republican position inserts the state into someone's life and results in litigation. Which brings up another oddity, because it's big government in people's lives, which is supposed to be anathema to the GOP.

Now, I don't believe these people are telling the truth to the pollsters. This is the same party, after all, which pursued Bill Clinton with vigour and zeal for engaging in consensual sex with someone other than his wife, to the point of impeachment. If these same voters were asked if sexual harrassment allegations were relevant in a general election, and the accused was the Democratic candidate, I'm sure it would be highly relevant to them.

But that's sad, too. Instead of having an across the board opposition to sexual harrassment, it's situational. It's ok if a candidate they might otherwise like is accused, but not ok if a candidate they dislike is accused. Instead of being against sexual harrassment, they want to use it as a cloak for other philosophical or personality disagreements.