This week I'm focusing on DC. In the absence of new Blackest Night material I'm taking a closer look ant the Batman, Superman and Justice League storylines. It seems as if DC is actually giving us a lot of larger plots that are managing to stay within their own books - I wonder if they've learned how to pull this off thanks to Blackest Night's success. Regardless it's a lot of fun to read and it's been even more fun to talk about with other comic book fans. I can talk to someone who enjoys Batman and just talk about the Bat books (as opposed to knowing everything else that's going on in every other DC book). Thanks for starting this trend Geoff Johns! As a brief real-life side note... passports cost and arm and a leg. I mean, really. Ouch. Also, I finally have my very own coffeemaker. It makes mornings friendlier :)


I'll be the first to admit that I fell behing reading the Cry for Justice mini-series, but geeze, by the end of the story line it was impossible to put the book down. Honestly though, I can't blame Ollie for what he did. It's definately not out of character for him, even if you look at the Denny O'Neil GL/GA books. Ollie was always the one who pushed the envelope in regards to right and wrong and in this issue it was pointed out that Green Arrow is more of a hunter than a hero in some ways. If I was in Ollie's shoes I'd be doing the same thing. I love how he is perfectly clear about how he has no regrets in hunting down the people who killed his granddaughter (and otherwise tore his world apart). I can't wait to see how this story progresses. Even though Ollie's actions make him out to be a "bad guy" in the perspective of the JLA it's hard not to root for his success. 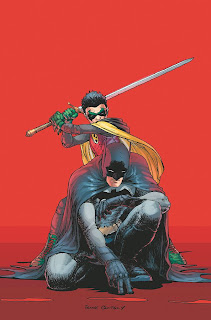 
While this whole "Bruce is lost in history" plot is a bit kooky I really liked the development of Damien's character in this issue. As much as Damien can be a jerk it's obvious that a bond has developed between him and Dick. The more I see of Dick and Damien as Batman and Robin the more I hope that Bruce will not reclaim the mantle when he returns. I mean, look how well Babs has done behind the scences metoring Stephanie as the new Batgirl. Bruce could do the same for Dick and Damien. I mean with Dick fully grown, Tim soon to be an adult, and Damien working his way through adolescene Bruce has to be in his 50s if not older by now. Unless he's been bathing in Ra's bathhouse I think it's time the younger generation was allowed to retain their titles. I'm really interested to see how far Damien will go to defy his mother. And yes, I actually like a Grant Morrison book *gasp*! 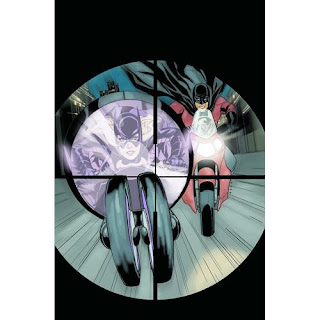 I'm having a lot of fun with Stephanie as the new Batgirl. I was never all that attatched to her character when she was Spoiler but I feel like she's finally coming inot her own under Bab's tutelage. The dynamics between her and Tim are better than ever and despite Tim's many women (it must be a Bat family guy thing) I find myself hoping that Steph and Tim can work things out between them. 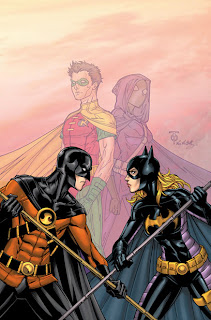 
The Red Robin and Batgirl books are overlapping right now. This has actually given the storyline a similar feel to the S&B books which is fun to read. First you see everything through Steph's eyes and then through Tim's. The way the Steph completely stunned Tim when she beat up Pru was excellent. I like that Tim is beginning to see that Steph can learn to hold her own in the Batverse. I'm really liking this assasination plot as well since it seems to be a good way of tying all the floating plotlines together. Excellent story, I'm having a great time with the Bat books right now! 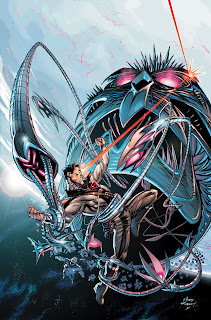 
And now on to the Superman-verse! Ok, can I just say, it is about f-ing time??? It's taken entirely to long for Clark to become Superman again. Zod of course pushed him over the line, but seriously, Kara's been running around as Supergirl and integrating with New Krypton, I'm surprised it took Clark as long as it did. Of course he must have just been waiting for it, what with his costume serving as long underwear and all :) The addition of the Legion (and Mon'el and Superboy of course!) only serves to make this book much much better. Of course why anyone actually believed what Zod said in response to the Legions request *rolls eyes*... oh well. Long live the Legion! 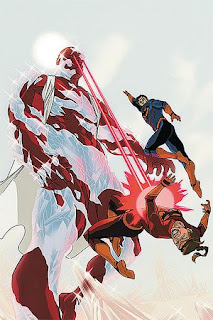 
I have no idea how this fight is going to possibly go well. The best part is how it looks like Lois is going to be the one to save the day. I hope they manage to recover Chris from the Phantom Zone (again). Poor guy.
Posted by Gwen at Friday, March 19, 2010