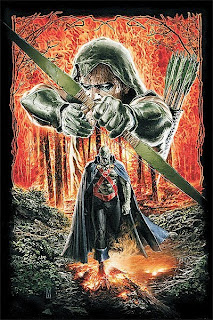 
For the first half of this issue I had a sense of deja vu. "Haven't I read this comic before?" I thought to myself. Why yes! I had! The whole first half of this book was covered in Brightest Day! WTF. Did DC seriously just charge for a book they had already sold to their readers? What a waste of my time. 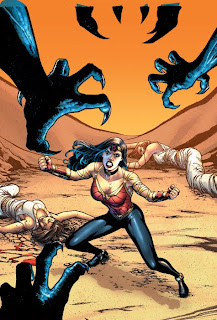 
I'm still not sure I'm into this story. I mean I find it somewhat interesting and I'm curious to see where it's going but at the same time I feel like something is lacking. This issue had a decent cliff hanger and hopefully next issue will reveal some of what's been going on. At the same time I felt the key point of this issue was Cerebus letting Diana pass when she had been told only Hades could pass unharmed. Honestly reading these books makes me feel I need to brush up on my Greek mythology sometimes... and I have a BA in anthropology so I'm more than passingly familiar with those myths. 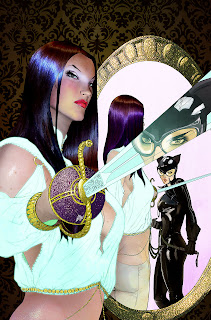 
This cover is fun by the way. The actual issue not quite so much. It was okay and all but why would Zantanna warn Selina to keep Ivy away and then not tell her what from? And why not just immobilize Ivy in the house and prevent Ivy for coming in the first place? It seemed rather unnecessary. Also I'm fairly certain Selina's knowledge of Batman's identity is the fallback plot of this book. If not for Harley's amusing antics I'd be bored with this series at the moment. 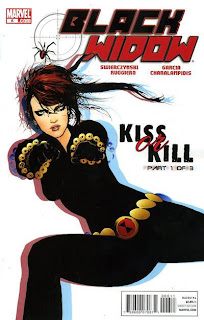 
And oddly (for me) enough my favorite book this week was a Marvel comic. Black Widow has been a fun book so far and this story line had a good fast paced start. I like the dilemma BW finds herself in as far as the man she's trying to protect thinking she's the person who caused his father's death. I'm looking forward to the next issue. 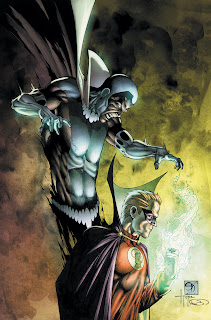 
All I got from this issue is Todd and Alan have some bad communication in their relationship. And wow, really, Todd and Jennie can't come within half a mile of each other without causing all sorts of terrible things to happen? That's a pretty weak deal. Kind of seems that Jennie's resurrection was in place to create disaster. Ah well, we'll see how long it lasts. Poor Todd. 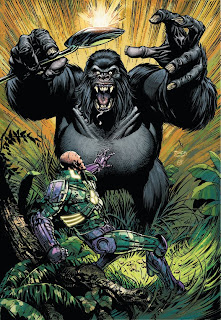 
This comic is pretty entertaining even if just for android-Lois. But the main highlight for me is the Jimmy Olsen back-up story. Highly entertaining. I can't wait to see how Jimmy saves the world from alien invaders!!!
Posted by Gwen at Tuesday, October 12, 2010