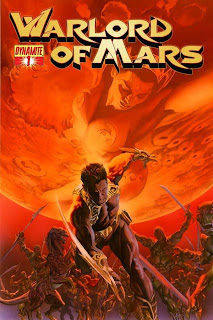 
AWESOME! I am so excited about this book. It's great that the creative team decided to expand the story from a Princess of Mars without actually staying from the heart of the story. They did a great job on this book and I am super excited for the next one!!! 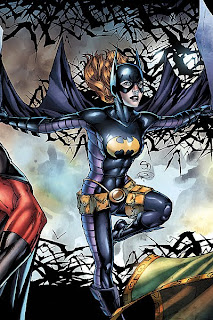 
Batgirl has got to be the cape book I have the most fun with recently. It's a really solid book and it's been great to see how much Stephanie has grown as a character. It was amusing in this book how Steph gets around Oracle's orders by getting help from Proxy instead. It was also great when she slapped Bruce across the face. Priceless - and well deserved too. 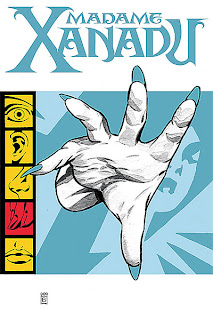 
This was an enjoyable story and I understand the decision to get different artists for the different senses the story is portraying but I miss Amy Reeder :( She'll be back on the last sense though, from what I recall. 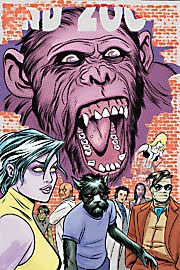 
This issue was hilarious. Not only did we get Scott the were-terriers origins but we also got a new character: Scott's dead grandfather the chimp. Coincidentally shortly after I read Scott's origin story I myself almost contracted kitten lycanthropy. Sadly I got no super powers from the bite - only a tetnus shot. 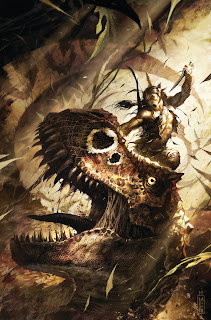 
This book was surprisingly fun to read - I even enjoyed the back story which was a reproduction of an old Turok comic book. I will say the new Turok finding himself in a strange land was better than the walking through a cave original story to find a strange new realm. In the new book they got sucked into a vortex. Also there was a lot more action/plot going on. 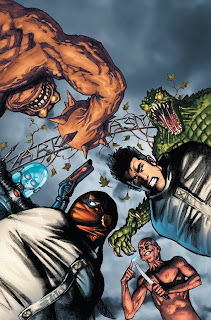 
I was interested in this issue for the first few pages because someone actually cared about the Atom (Ryan). Then it didn't mention him the rest of the book and I stopped caring about this issue.
Posted by Gwen at Monday, October 25, 2010