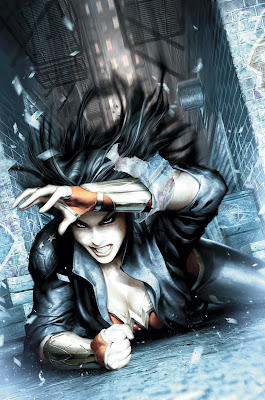 N #608
Written by J. MICHAEL STRACZYNSKI & PHIL HESTER
Art and cover by DON KRAMER & JAY LEISTEN
1:10 Variant cover by ALEX GARNER
Flashes of a destroyed Themyscira haunt Diana all over again as an Amazon safe house is completely destroyed. The culprits? Cheetah and Silver Swan, who work for the mysterious Morrigan. How does Diana get out of this one? According to Cheetah, “You run…” 32 pg, FC, $2.99 US
Gwen: I couldn't believe it when Jim told me that they were taking JMS off this book to focus on Superman Earth One. I mean really? Before this arc is even complete? That gives me little hope for his run on WW.
Lee: If you can't believe this then it's best you didn't read all the post announcement interviews. JMS's track record is so bad that any book that carries his name immediately goes on the 'wait for trade' list. 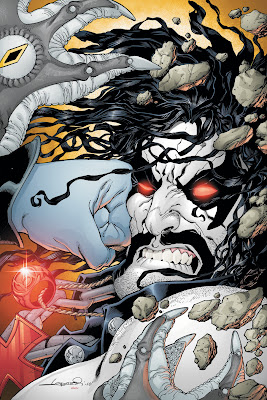 Art by CLAUDE ST. AUBIN & SCOTT HANNA
Cover by AARON LOPRESTI
Starro the Conqueror returns to rebuild his empire, and his first act of revenge against super-genius Vril Dox is to turn him into a mind-slave. Meanwhile, with his rebel crew in hot pursuit, Lobo thinks he’s discovered another Czarnian! But he’s the last of his race…isn’t he? 32 pg, FC, $2.99 US
Gwen: This book is such a geek-fest for Brainiac family fans such as myself. I mean, it's good outside of that - but I'm in seventh heaven.
Lee: Aaahhhh, there is nothing better than the old fist-to-the-face cover. It's surprising but this appears to be a better LSH book than the actual LSH book. 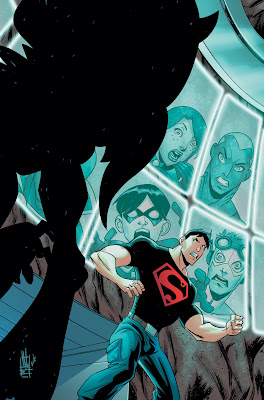 TICE #1
Written by ART BALTAZAR and FRANCO
Art and cover by MIKE NORTON
Based on the highly anticipated, all-new hit animated show from Warner Bros. debuting in January on Cartoon Network!
It’s moving-in day for Superboy and Miss Martian as they choose their rooms at their new headquarters! But the Boy of Steel is haunted by the Cave’s memories and strange visions of his past… 32 pg, FC, $2.99 US
Gwen: I'm glad they're bringing this team back (even if it's for the cartoon series). It was a fun book back when I was a kid so I have high hopes that it will draw in a younger comic book readership.
Lee: Soooo, this is issue #1? Then last month was issue #0.... this is almost as good as Marvel's .1 numbering system but not quite. I hate to harp but remember the good old days when all series started at number 1 and the most you had to worry about was an issue 1,000,000? 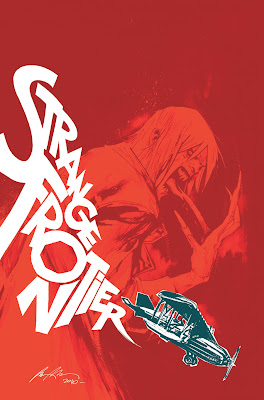 Written by SCOTT SNYDER
Art by DANIJEL ZEZELJ
Cover by RAFAEL ALBUQUERQUE
In this lost tale of Skinner Sweet, it’s 1924 when the first American vampire crosses paths with a Wild West show featuring some old pals and enemies from his outlaw days – and he is not happy. From the dying West to flying biplanes, we see how Skinner adjusts to life in the 20th century. Featuring stunning art by Danijel Zezelj. 32 pg, FC, $2.99 Gwen: I like the idea of seeing this character in different settings. It should be interesting.
Lee: This has been a really good series and I'm all for stories exploring the characters backgrounds. Well worth your time if you aren't already reading this. 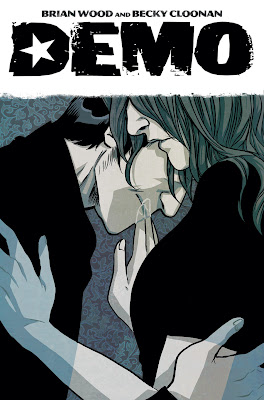 2 TP
Written by BRIAN WOOD
Art and cover by BECKY CLOONAN
The Eisner-nominated, critically acclaimed project by writer Brian Wood and artist Becky Cloonan returns in this collection of the second six-issue miniseries. Don’t miss these new stories of conflicted teens grappling with love, loss and the joy of finding their way in life while dealing with their unexpected super-powers. 160 pg, B&W, $17.99
Gwen: Awesome! I loved the first book of these stories and I am excited to see more! As a side note the first book makes a great gift - I've given away more than one copy to friends.
Lee: I have the first book sitting in storage back in the states. Three years from now, after I read that, then I will read this. In the meantime I'll read Wood's other book about vikings! 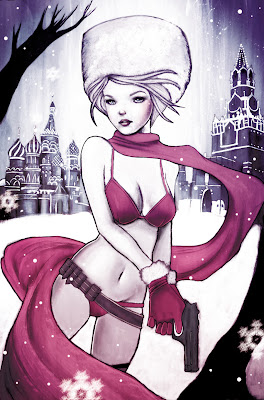 Written by CHRIS ROBERSON
Art by SHAWN MCMANUS
Cover by CHRISSIE ZULLO
Hot on the heels of her breakout miniseries Cinderella: From Fabletown With Love, Fabletown’s favorite secret-agent and bon vivant Cinderella is back on the job again in an all-new 6-issue miniseries. Someone is killing sorcerers out on the Farm, and all signs point to Cinderella’s archnemesis from the old days. The only problem is, Cinderella has always believed that her nemesis has been dead for years. So who is the assassin from Cinderella’s past – the only person who ever came close to defeating her? 1 of 6 • 32 pg, FC, $2.99
Gwen: I'm glad to see more Cinderella stories. Cindy as a Fables spy was a great concept and it's nice to see the stories keep going.
Lee: These have always been good. 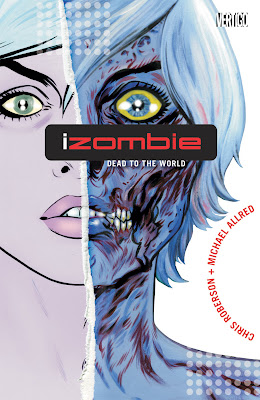 : DEAD TO THE WORLD TP
Written by CHRIS ROBERSON
Art and cover by MICHAEL ALLRED
The first five issues of this smart detective series that mixes urban fantasy and romantic dramedy is collected, with a story from the House Of Mystery Halloween Annual #1. Gwendolyn “Gwen” Dylan is a 20-something gravedigger in an eco-friendly cemetery. Once a month she must eat a human brain to keep from losing her own memories, but in the process she becomes consumed with the thoughts and personality of the dead person – until she eats her next brain. Gwen sets out to fulfill the dead person’s last request, solve a crime or right a wrong. Our zombie girl detective is joined by her best friend, Eleanor, who happens to be a swinging ’60s ghost, a posse of paintball-blasting vampires, a smitten were-dog and a hot but demented mummy. 144 pg, FC, $14.99
Gwen: I know I rave about this book every week I do reviews but this has been one of my favorite new books this past year. If you haven't read it yet you should give it a shot - it isn't what one would expect. I can't praise this book highly enough.
Lee: People are raving but I'm still not sold. Both Jim & Thomm are on the edge and I'm really not a fan of Allred's work. Right now this is a pass. 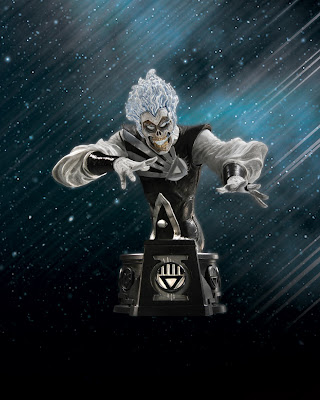 BASED ON THE ART OF IVAN REIS
SCULPTED BY JEAN ST. JEAN
The BLACKEST NIGHT continues in mini-bust form!
Each month in 2011, DC Direct releases a mini-bust featuring a character from the hugely popular DC Comics’ epic BLACKEST NIGHT.
Black Lantern Firestorm continues the HEROES OF THE DC UNIVERSE: BLACKEST NIGHT bust line! The sculpture features Firestorm atop a special base that displays the spectrum of Lantern symbols. The bust is hand-painted, cold-cast in porcelain, measures approximately 5.75” high x 5” wide x 5” deep and is packaged in a 4-color box. Limited Edition. On sale July 13, 2011 * Bust * $70 US
Gwen: Okay, this stuff usually seems silly to me - but this one is pretty cool/evil looking.
Lee: You know who needs this? Jim! He can take it to the office and place it right next to his dead aquaman action figure. Nothing says "I'm a people person" than a collection of zombie oriented barbie dolls and statues.

Gwen: I am excited to see izombie in trade format. It will make it easier to lend out.
Lee: If you're lending then I think you should lend iZombie to me....
Posted by Gwen at Thursday, December 16, 2010