A Fistful of.... Band Reviews!

So, as of this past Thursday my fiance and I have been together for 9 years. Seeing how last year for our anniversary he proposed to me there was little we felt could top that so we were fairly laid back about it. We hadn't been planning on doing much as we're still saving for our wedding but then came Black Friday - with an actual useful sale. See, here in Florida we have a similar concert to HFStival in Maryland called Next Big Thing. However André had a bad experience with lawn seats the last time we went to the Amphitheater venue so despite some of our favorite band playing on our anniversary weekend I thought we'd be skipping it because real seating is expensive. Luckily I heard on the radio that they had decided to sell $60 seat tickets for $20 each so We got to see three bands that we really like - one of them being My Chemical Romance (which is a band I really enjoy). Which is, of course, my only way of relating this concert review to comics at all as MCR's lead singer is the author of The Umbrella Academy thus I can link this to comic books! I rule.


Next Big Thing is an all day concert (10-10) but the first band Andre and I wanted to see, Sick Puppies, didn't go on until 5pm. And yes, I know, they have an odd name, but regardless they're a good band. Either way they hold NBT at what used to be the Ford Amphitheater (now it's called the 1-800-ASK-GARY Amphitheater which is awful). So there's a large mainstage with covered seating and a field for lawn seats. There's also a smaller "discover new rock" stage and two areas with booths and food places. All together it's one of the more enjoyable venues especially because the parking is on site, free, and easily accessible. André and I had semi-decent seats and it was a lot nicer than it had been on the lawn - especially considering it got a bit cold as the sun set. 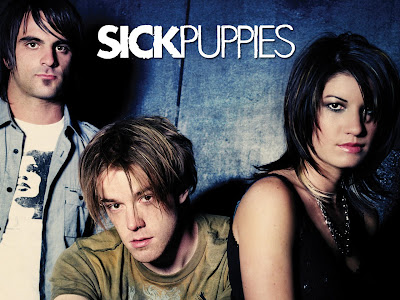 Sick Puppies put on a good show. I found that I actually knew more of their songs than I had thought. Also they seemed to be really appreciative of the fans and it's always nice when you get the impression that a band genuinely wants to be there performing. If you haven't heard their music check it out here.


Next was Cage the Elephant. I'm not a fan and now less so as they kept sounding off feedback loops that hurt my ears. I like loud music but I don't like screeching noises. So we went booth hopping for most of their set. 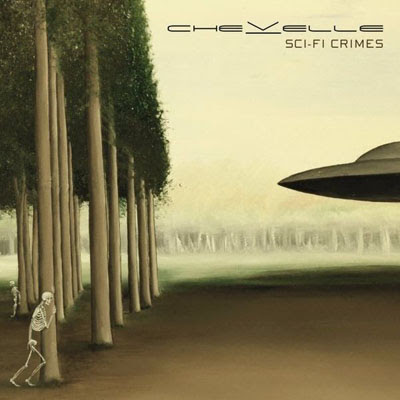 Chevelle had a great set. For some reason the girl sitting next to us in the Cookie Monster hoodie didn't seem to like them - but she had liked seeing Cage the Elephant so we obviously didn't have much in common in the world of music preferences. Chevelle's a band I've come to appreciate more since the Sci-fi Crimes CD came out. I've like previous songs by them but Letter From a Thief is what really got me into them. Also, not I have an excellent glittery Chevelle concert shirt :) I was sad the MCR girl cut shirts had sold out before we got to the concert, but oh well. Regardless Chevelle's set was one of the highlights of the concert for me.


Then The Black Keys performed. I think I vaguely know one song by them. There's something a bit too country-ish about their music for them to be on the main stage at a rock concert but they were decent performers. Just not a band that I'd but songs for from itunes or anything. Most of this set was spent by me watching André play angry birds on my phone. 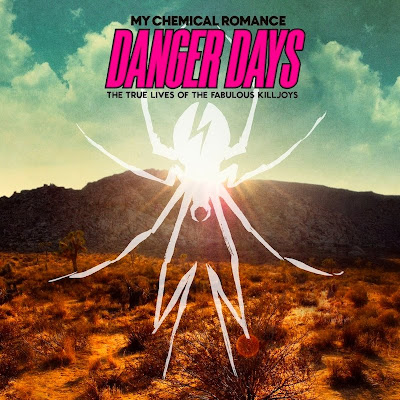 The closing band was My Chemical Romance. Wow do those boys have a lot of energy - Gerald Way was running all over the stage. They played quite a few songs from their new CD but managed to mix in some old favorites as well. It was a lot of fun to see them on stage - and according to them 97x (the radio station that organizes NBT) was one of the first station to get behind MCR as a band which was pretty cool. Either way it was awesome to see them on stage and they even came out for an encore. They also played my favorite song (so far) from their new CD which you can check out here!


All said we had a lot of fun. It's always fun to see several bands at once and there were some excellent performances.
Posted by Gwen at Monday, December 06, 2010