Jim: Image is probably the biggest unknown of the four companies that get a solo spotlight from us. Hey Lee should IDW get this treatment now? They are as big as Image and sometimes on par with Dark Horse?
Lee: I don’t know because both companies seem to be on par with each other. A better idea might be to look at each’s offerings and pick the better one for the spotlight. If we like the books then you’ll see IDW instead of Image. I think we’ll be seeing more and more IDW in this spot. 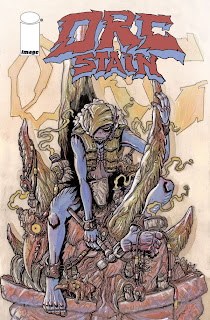 ORC STAIN #1
story JAMES STOKOE art & cover JAMES STOKOE JANUARY 6 32 PAGES / FC$2.99
A one-eyed orc with the ability to find the weak spot in any structure has started to notice cracks in the endless war and conquest of orc existence.JAMES STOKOE, who won over hearts and minds with his space trucking cooking adventure Wonton Soup, brings you his first ongoing series. Frontline green slaughter comics in full orc color.

Jim: The sample pages look great, but the actual story does not interest me. This is a pass for me.
Lee: The story is perfectly suited for Stokoe’s warped sensibilities! Stokoe’s Wonton Soup Vol 1 & 2 were both excellent and I expect no less from this. This should be an awesome book and is worth taking a chance on if you haven’t experienced Stokoe before! 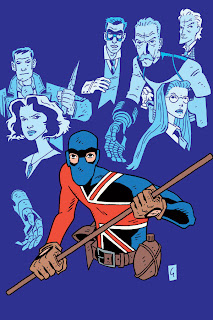 THE WEIRD WORLD OF JACK STAFF #1
story PAUL GRIST art & cover PAUL GRIST JANUARY 27 32 PAGES / FC $3.50
BEGINNING A BRAND NEW ERA IN THE LIFE OF BRITAIN'S GREATEST HERO!Castletown is home to giant robots, vampire reporters, victorian escape artists and also Britain's Greatest Hero. Welcome to the Weird World of Jack Staff!John Smith is a builder. He also seems to be a superhero, only he doesn't know about that. The only thing he knows is that a lot of people want him dead. And the only weapon he has to protect himself with is a wooden stick…

Jim: Paul Grist keeps on tucking with this latest launch of Jack Staff. I have never gotten into this book and maybe now should be the time to jump in.
Lee: Jack Staff is a great book but best read in trades. He does so much with so many different characters that it’s hard to keep up. I’m really looking forward to this… just in a collected format. 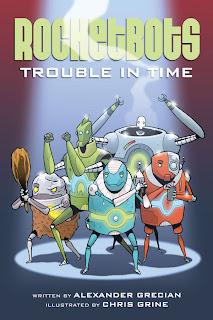 ROCKETBOTS: TROUBLE IN TIME HC
story ALEXANDER GRECIAN art & cover CHRIS GRINE JANUARY 13 48 PAGES / FC $12.99
Robots vs. dinosaurs and cavemen and other robots! Five alien robots crash land on Earth in the Jurassic Age and wait millions of years to be rescued, only to find that their rescuers are far more advanced robots and intend to use them for scrap! The RocketBots must enlist the aid of primitive humans to fight alongside them or face being melted down.FROM THE WRITER OF PROOF AND THE ARTIST OF CHICKEN HARE!

Jim: Based on the price this is another children’s book, based on the hype and sample pages of the story I’m not 100% sure it is a kids book.
Lee: It certainly doesn’t look like a kids book to me. And, $13 for 48 pages is way to expensive to take a chance on. Image’s hype for their kiddie book line has been solid so far, which is why this is so odd. 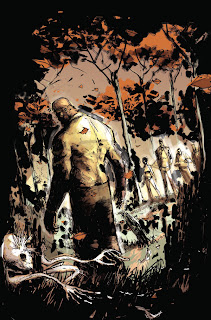 PROOF #28
story ALEXANDER GRECIAN art CHRIS GRINE cover RILEY ROSSMO & CHRIS GRINE DECEMBER 16 32 PAGES / FC $3.50
“CONCLUSIONS”Season one finale. The Dover Demon is gone and Proof's future is uncertain. As the government moves in to shut down The Lodge, Proof makes a startling discovery that may change everything he thinks he knows about himself.

Jim: This book lasted longer then I thought it would. I’m sorry to see it go, but not surprised. They did an arc called “Julia” which ground the pace of this book to a halt and almost pushed me off the book. With low sales numbers if you start to lose readers you are doomed. A good run and a great concept and a series that has launched two careers (Alex Grecian and Riley Rossmo).
Lee: I’ve been reading this in trades and it is (was?) very good. Hopefully it’ll make a comeback sometime soon. 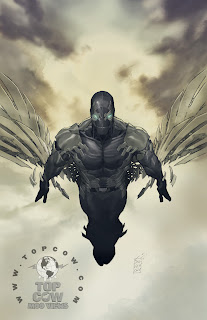 PILOT SEASON: STEALTH #1
story ROBERT KIRMAN art SHELDON MITCHELL cover MARC SILVESTRI JANUARY 20 32 PAGES / FC $2.99
From the creative minds of Image partners Robert Kirkman & Marc Silvestri!Todd Carey is recovering from a nasty divorce, his daughter is flunking out of college and he's just learned that his father has been diagnosed with Alzheimer's. Unable to really take care of himself, Todd has allowed his father to move in with him. What Todd doesn't know, is that his father is the masked vigilante STEALTH... and has been his entire life. Stealth has many enemies and his erratic behavior could easily get him killed--and all this trouble falls squarely in Todd's lap.

Jim: Is it just me or does it seem like Kirkman is going around and lending his writing to help out all of his new Image partners. I’m expecting him to co-write Savage Dragon any day now. On another note is anyone reading Savage Dragon? No one I know is.
Lee: This is just more Kirkman taking over image. But good move on Silvestri’s part recognizing that he can’t write worth a poop. 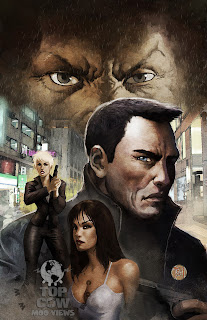 TRACKER #3 (of 5)
writer JONATHAN LINCOLN art FRANCIS TSAI cover FRANCIS TSAI JANUARY 20 32 PAGES / FC $2.99
The first property from Top Cow and Heroes and Villains Entertainment is here! FBI tracker Alex O'Roark and his partner Jezebel Kendal race against the clock to capture the serial killer Herod before he kills again. When Herod drags Alex's fiancé, Tory, into their game of cat and mouse, Alex may unleash the beast caged within...

Jim: A) Who is Villains Entertainment and why do I Care? B) Is issue #3 the first published under the Image / Top Cow banner? C) Why does Top Cow maintain such a strong secondary brand? Are they looking for someone to buy them like DC did with Wildstorm?
Lee: I think “Heroes and Villains Entertainment” is a game. Either online, computer, or old fashioned dice system. Top Cow maintains the bad girl niche of the market. Someone has to, so why not them.

Jim: No matter what is in the solicitations there are always a few things to talk about.
Lee: Wow, there really wasn’t a lot to talk about this month. Except for the Grist and Stokoe books it’s all eh. I think you’re going to see more and more IDW in this spot in coming months.
Posted by Jim at Thursday, November 05, 2009