There's not a whole lot or reviews this week as school started and I am swamped with work. 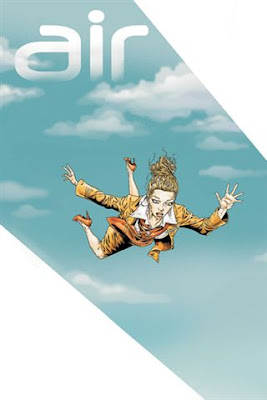 
I'm not to thrilled with the art as it's somewhat inconsistent, however the story was interesting enough that I'd like to read more. It was really the love story that kept me intrigued though as the plane plot (while it has potential) was very confusing. I guess I'll have to see where it goes. 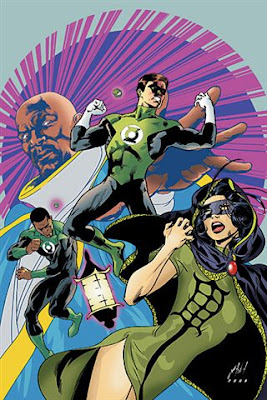 
I've been enjoying this little off world/dimension story. I think this issue was the best so far as it's always fun to revisit how cool Batman is. Also, I like the Green Lantern tangent origin stories. 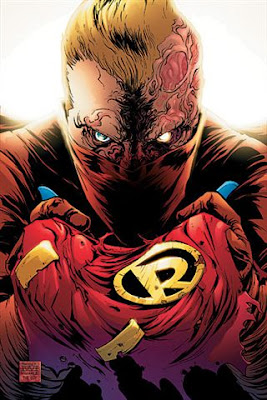 
This was a confusing issue as I still need to catch up a bit on the Batman RIP stuff (which I was having a hard time following anyway). I'm really sad Chuck Dixon is gone and wonder where the new writer is headed with this series - and with the Spoiler character. 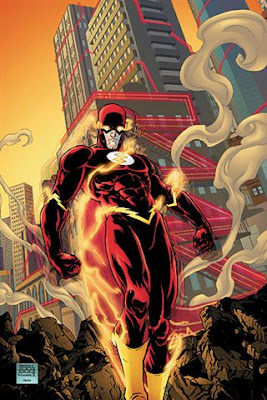 
I'm glad the Iris and Jai story seems to be somewhat resolved as it will allow the new team to experiment with their own direction with the book. Still this book has been bounced between writers a lot and it's made the book choppy and hard to get into. I like Wally's kids, but I hope now they can do a little more with them now that they're 'cured'. I did feel the cure was a rather quick fix after all the build up though. 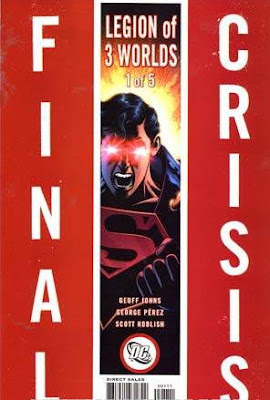 
Wow! Excellent start! I'm so excited about this mini-series and I'm glad the first issue really provided a window for non Legion-fanatics (such as myself) to get into both the story and the characters. RJ's death was really harsh though and made me pretty upset - also, I thought RJ had lost the ability to shift? So I'm confused as to how he reverted back to his 'natural' (which wasn't a normal Durlan form by the way) state. Beyond that I enjoyed this issue immensely. 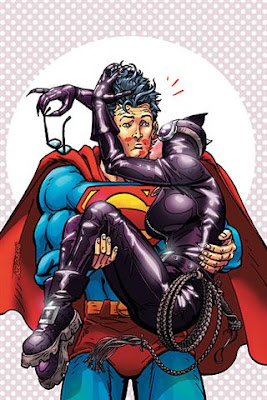 
As much as I'm not thrilled by the artwork I'm still enjoying the stories and team-ups in these books. This was a cute story and I love how Catwoman manages to manipulate Superman to an extent - even though he sort of wins in the end. 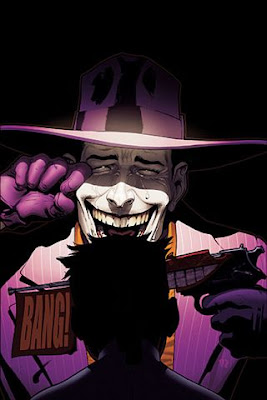 
The Platinum Flats story is kind of annoying me on some levels, I have to admit. I'm not even sure what it is that's annoying me *sigh* I did like the Misfit goes to school interlude, although Black Alice being back is strange (though it could be fun at the same time). Misfits quickly becoming my favorite character in BoP. I think Babs should just adopt her. 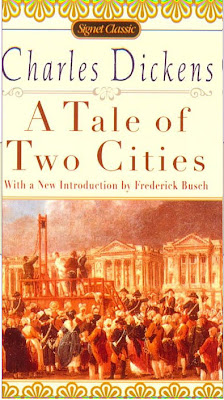 
Yes, this was my first time reading this novel. I LOVED it. I was a bit hard to get into right at the start, but once the pre-story is over it's difficult to put down. I know that this is a classic that everyone raves about but honestly I haven't enjoyed every classic novel I've read. This was a wonderful story and I'm glad I finally read it. 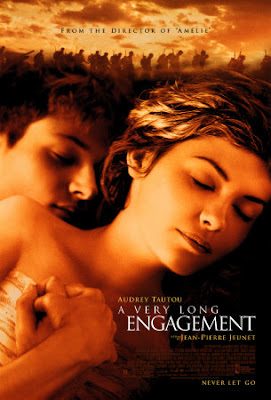 
So my sister made me watch this movie. It was in French and since I need new glasses subtitles give me a headache. This was a loooong depressing epic love story. There were good parts to the story and the acting and directing was phenomenal. Still, the ending let me down a bit as I came to empathize with the main character and felt her reward for all her faith and work fell short. I think I would have enjoyed this more in theaters. It was a well done and interesting movie, I just wouldn't want to watch it again any time soon.

These reviews will probably continue to be shorter while I'm in school seeing how busy I am for the time being. I get my books Weds so only have a small window of time to read some for review. Sorry!
Posted by Gwen at Thursday, August 28, 2008