Nothing defines the 1950's better than paranoia.  Yeah, yeah, yeah there's lots of other good stuff about those wonderful days but it's hard to top the Red Scare and general fear of the bomb.  It was so pervasive within the culture that comic books were more than eager to profit from it.  Here's a collection of covers that have something to do with the bomb. 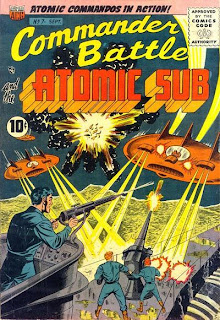 Commander Battle and the Atomic Sub #7, September 1955.  Not that this cover is Red Scare stuff, but the movie Battleship opens this weekend and I think I found it's inspiration! 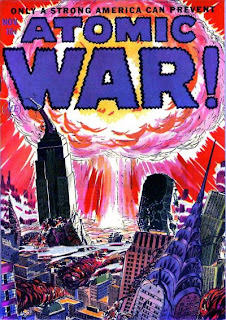 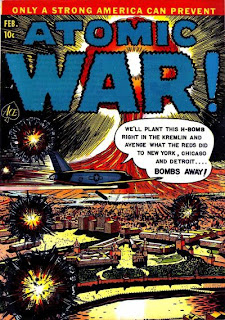 The first is one of the all time classics of bomb covers.  Can you imagine seeing that on the stands?  And of course, issue 3 in which we seek revenge for Detroit getting bombed. 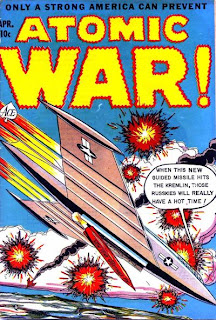 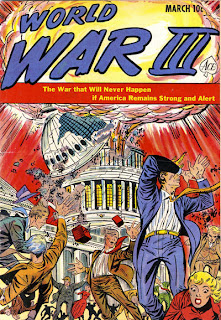 World War III #1, March 1952.  This is another one of the all time great bomb covers.  Not only does it have the big explosion but the Capitol is going up in flames too.  One of the best ever! 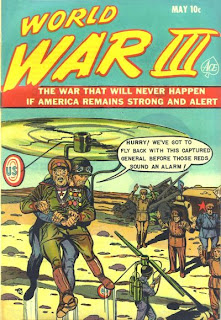 World War III #2, May 1953.  Man oh man you have to love the fancy gadgets.  Actually, it's kinda depressing because in the 60 years since this was published we still haven't perfected the helicopter backpack.